‘It was a privilege’: Barry Daly calls time on rugby career 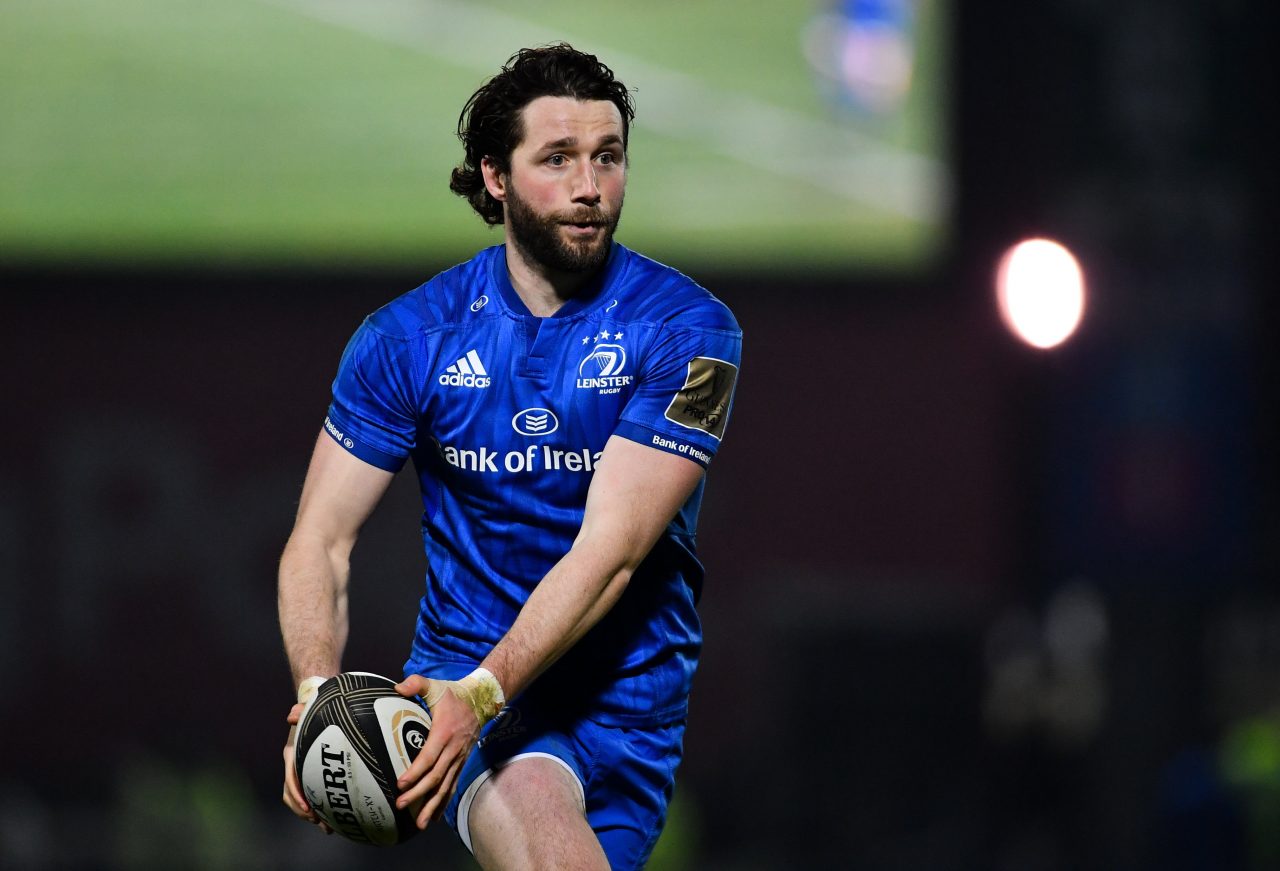 After 36 appearances and 19 tries for Leinster Rugby, winger Barry Daly has announced his retirement from the game to pursue further education.

The 27-year-old has stepped away from the game after two injury-hampered years during which he was sidelined by significant knee problems.

Daly will now travel stateside to continue his education, pursuing a Masters degree in Business.

Speaking to leinsterrugby.ie, Daly said of his decision: “It was a combination of things, the knee, two years of injuries, I got the opportunity to study abroad. I’ve got a scholarship to study in Boston for two years, I’m doing an MBA there.

“I didn’t really know for sure until towards the end of my injury rehab. I was coming back, looking to play and the whole pandemic was just kicking off then.

“Thankfully, Ella McCabe (Rugby Players Ireland) had been on my case hard the last couple of years with all the injury time to prepare for after rugby and she put me on to this scholarship.

“I actually got that fairly shortly after the whole lockdown kicked off so that was pretty much the decision made for me. I wasn’t able to play for Leinster anymore and I’d gotten this incredible opportunity to go and study in Boston College.” 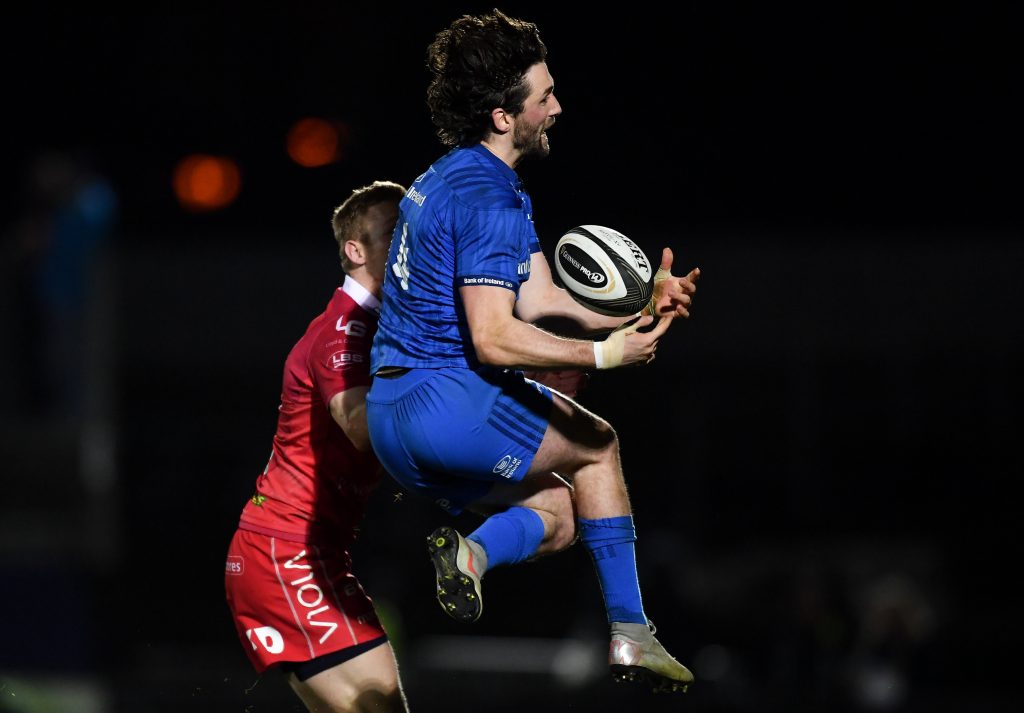 Daly’s route to the Senior squad at Leinster Rugby was not without its hiccups and could certainly be described as scenic. The winger was working in KPMG and playing All-Ireland League with UCD when the opportunity to go on trial with the province emerged.

He was a promising underage player before that trial but Daly was not offered a place in the club’s Academy which, he admits, took its toll for a time. With no Academy spot, the professional rugby ambitions were put aside.

“Pretty much everyone when they come up, they think that they’re good enough and I was the same,” Daly explains on his Academy disappointment.

“I had given up on the rugby dream and I had decided to enjoy playing in the AIL with UCD. I think the main catalyst to get me back going was when Noel McNamara started coaching in UCD. We had an incredible team that year, 12 out of the 15 from that team are now pro players or something like that.

“But Noel really lit the fire back under me, to get back going, and actually try and love the game again. Then I got the chance with Leinster to go on trial for a month, that feels like a very long time ago now but it was an incredible experience. I was always so thankful that I got to see both sides of the coin of the disappointment of being turned down and having to face the real world and also getting the second chance.”

That second chance led to some incredible moments for Daly in the blue jersey, top try-scorer in the double-winning campaign of 2017/18, a European debut and a call to the Irish camp to name but a few. 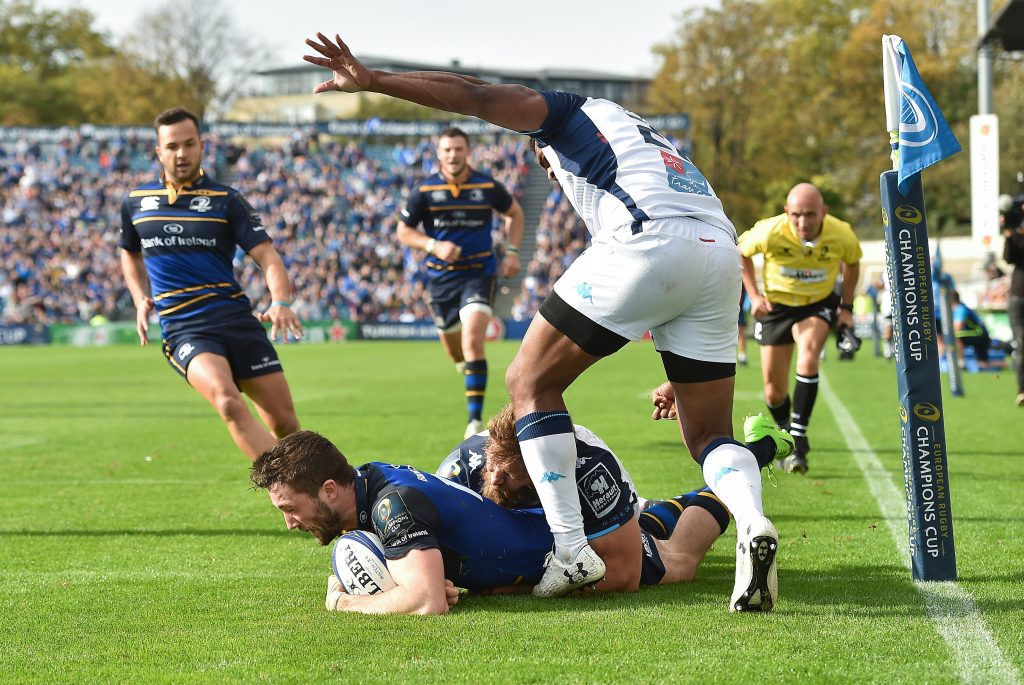 “That Montpellier game was my first ever European game, getting the try towards the end and giving us the chance to win that game was a really special moment that I’ll always remember.

“Later that year, getting to go into camp in Carton House and just seeing how the top guys and Joe (Schmidt) were operating.

“After what’s happened the last few years, it’s been pretty tough with the injuries, if that hadn’t happened, I’d be curious to know where would I be? What if?

“Especially that whole season with the double, I scored a lot of tries that year and I got out to Carton House to help with the training the year Ireland won the Grand Slam. That was such an amazing year.

“I kind of figured that the year after would be the one where I’d kick on and things would take off, maybe get a few European games, a few days in the Aviva. I always wanted to play in those big games.”

That following year began with disappointment as his participation in the opening game of the Guinness PRO14 was ended by a knee injury which would see him sidelined until January.

Daly featured throughout the second half of the season but missed the end of the year with a collarbone injury as Leinster went on to reclaim their PRO14 title.

That poor luck continued into pre-season when a training ground injury ruled him out for the first five months of the 2019/20 campaign. And then COVID-19 hit. 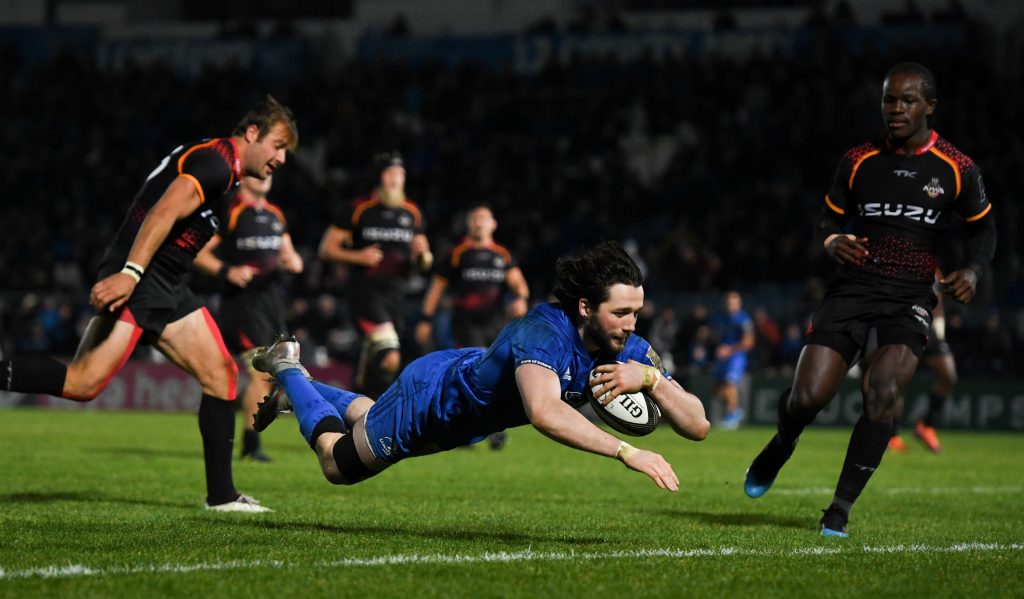 The former Gonzaga College student also says he will miss the competitive environment that is Leinster Rugby HQ but is happy in the knowledge that he was able to proudly represent the club he grew up supporting.

“I’ll miss being in such a high performance environment where everyone’s so locked in to one singular goal, the way that Stuart and Leo lead the lads. Pretty much everyone has the same experience as an equal part of that group, that work ethic.

“I don’t think it’s something that any other club in the world has. Stuart talks about how the difference over here is that everyone gets to play for the club that they grew up supporting and the area that they’re from. It’s such a unique characteristic that nowhere else in the world has, maybe only the other provinces in Ireland.

“Leinster is special, the way we’ve won so much as well. It’s just such a privilege to be able to play for the team that I supported growing up, to play with the lads I played with, and to be coached by the people that I was coached by.”

Daly finished by paying tribute to some of the people who were instrumental in allowing him that ‘second chance’ at a professional rugby career that he mentioned.

“Noel, obviously, for getting me going, he was the one who put my name in Leo’s mind I think first to give me a chance, or to have a look at me. And Leo for having such an open mind, because it wasn’t really something that was done too often, giving lads chances out of the AIL.

“Everyone really, the players, the coaches, the supporters, I’ve had such an incredible experience for four years. It’s something that I’ll always cherish.

“My Dad and my Mum for supporting me so much. I have a funny photo of my Mum giving me a hug and a kiss after my first game. The support that they gave me, especially in that time when I was trying to decide whether to give up the job with KPMG and go on trial, they got me to go for it and back myself. I can’t thank them enough for that.”