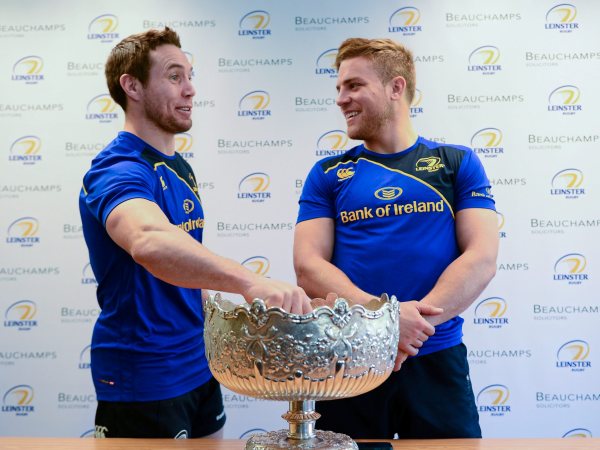 The draw for the 2nd Round of the Beauchamps Junior Cup took place in the Leinster Branch office on Tuesday, February 11th, with Leinster’s Isaac Boss and Ian Madigan picking out the teams.

The first tie saw St. Michael’s drawn against the winner of the replay between St. Gerard’s v St. Andrew’s, which is set to take place on February 11th at 3pm in Stradbrook.

After winning 40-12 against Castleknock in the first round, Newbridge College will face Terenure.

Clongowes and Belvedere will face off after both sides came through close first round games to advance to the second round draw.

The final game of the second round draw will see Ian Madigan’s alma mater, Blackrock, face C.U.S. in the second round. Blackrock were convincing winners over CBC Monkstown in the first round, with C.U.S. defeating Cistercian College Roscrea in a tight game that finished 6-0.

Take a look at the full set of fixtures and results in the Schools Cup.