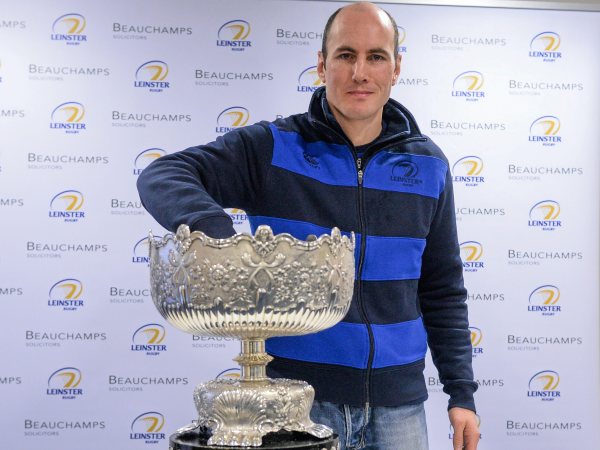 Girvan Dempsey, Leinster Academy Manager, and Denis Collins, Leinster Referee Administrator, performed the draw for the semi-final of this year’s Beauchamps Leinster Schools Senior Cup at the Leinster Rugby Branch Office on Friday morning, with Blackrock, St. Andrew’s, Newbridge and Clongowes all in the pot after advancing from the quarter-finals.

Blackrock and Newbridge were the first two teams to be drawn out, and they will face each other in Donnybrook on Sunday, March 2nd.

This meant St. Andrew’s would play Clongowes in the other semi-final, which is set to take place on Tuesday, March 4th, also in Donnybrook.

Take a look at the full set of fixtures and results in the Beauchamps Schools Cup competitions.