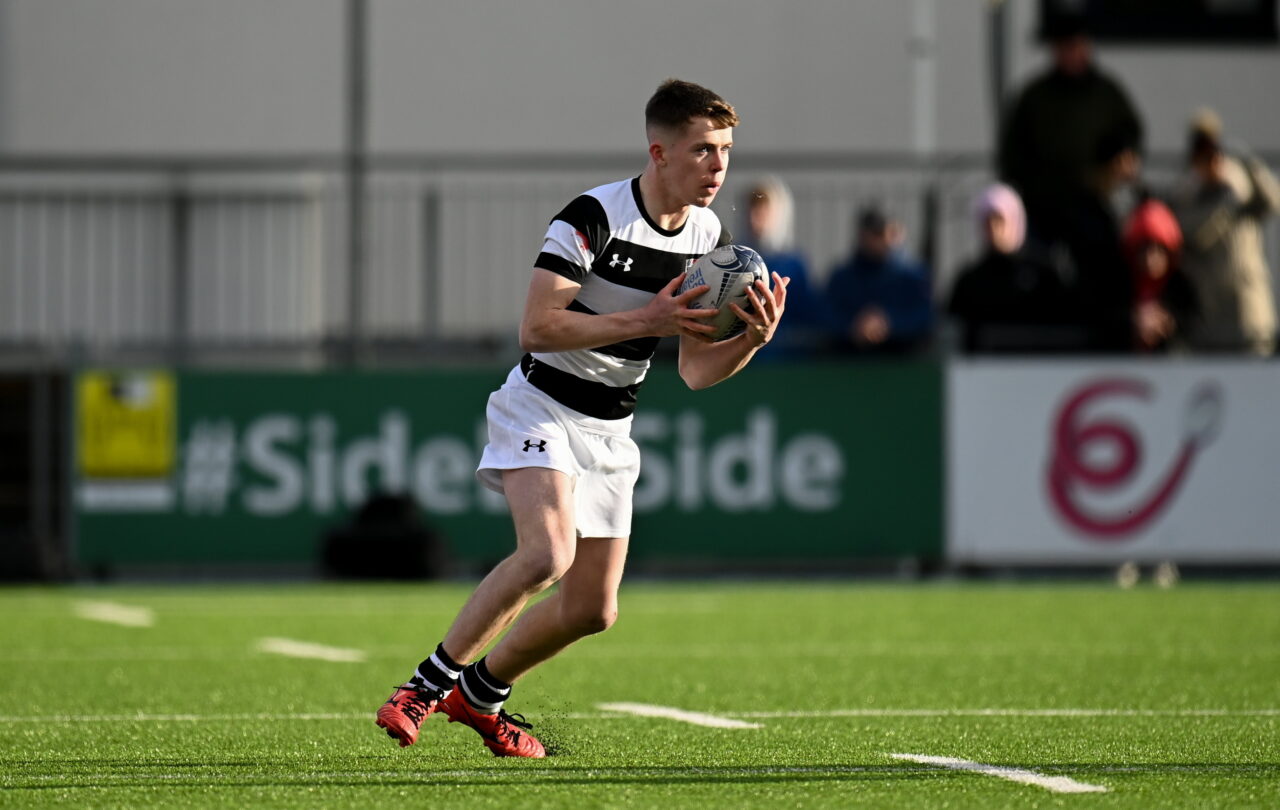 The lineup for the quarter-finals of the Bank of Ireland Leinster Schools Senior Cup has been confirmed.

Belvedere College and Terenure College are the last couple of teams to secure their spots in the last eight, beating St Vincent’s Castleknock College and St Fintan’s High School respectively.

Replacement Michael Carmody was the unlikely hero in plundering a last-minute try to see Belvedere College through at Energia Park.

The intensity was right up there from the beginning, Belvedere looking to splinter the defence with a fine maul and Castleknock employing serious line speed to place maximum pressure on ball handlers.

‘Knock got a heavy dose of Belvo’s Alan Spicer in the early going, the lock powering forward to make room for Alex Usanov to follow up before an obstruction rescued Castleknock.

The wind was at ‘Knock’s backs and they used it to turn defence into attack, centre Peter McEntaggart tackling Daniel O’Leary into touch, forcing a penalty for Danny Ruane to slot the points in the 11th minute.

Belvedere were unable to escape the 22, prop Karl Brennan lowering his body to grasp a turnover. The maul was a real weapon, hooker David Dowse churning out the yards to claim a penalty in a plan to meticulously move forward.

Belvo opted to keep the ball nice and tight from another Dowse turnover penalty, the forwards going through the gears for flanker Senan Coakley to ground the ball, Jed Tormey converting for 7-3 in the 24th minute.

McEntaggart’s monster hit gave Castleknock the territory they needed, Lorcan McKenna and captain Ruane carrying hard only for the ball to slip out of the hands of Finn O’Connor. 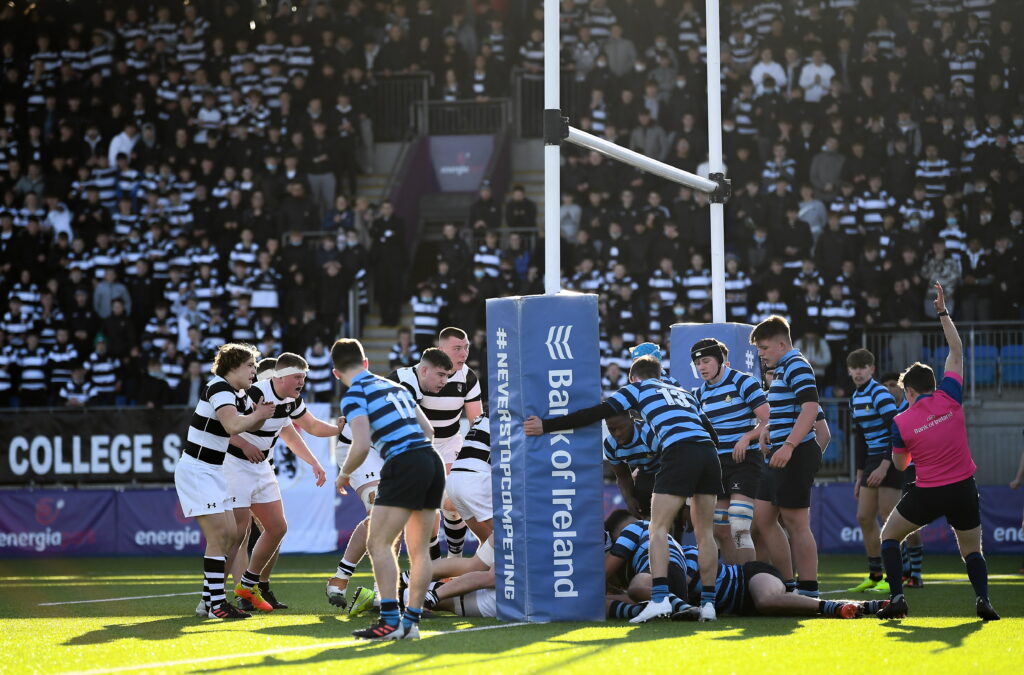 A surging scrum caused Belvedere to rush a clearance to touch and the set-piece delivered again when a maul moved with menace for hooker Gavin Murphy-O’Kane to make the line, Ruane adding the conversion from the touchline for 10-7 in the 29th minute.

The ploy of keeping the ball backfired when ruck pressure allowed Castleknock to use a five-metre lineout to activate their big runners, Dowse again stifling them at the ruck for a valuable penalty.

Belvedere refused to be ruffled, maintaining their tactic of holding the ball, moving over and back to eat up the clock to the break.

Castleknock looked comfortable with ball-in-hand, inching upfield until Jed Tormey snared a penalty on the floor, the captain pumping the kick inside the 22.

It was Belvo’s turn to hammer home their advantage, despite scrum-half Sam Wisniewski’s attempts to clear into what appeared to be a strengthening wind.

Nonetheless, McEntaggart made the first clean break of the game to prompt a fine period of keep ball until Alex Usanov clamped down for a penalty.

A Tormey step was good for 10 metres to give Belvo the front foot ball to release Senan Hogan, who was shunted to touch by McEntaggart.

The maul was the key, Belvedere’s power pulling in another penalty for Tormey to miss the posts to the left.

However, the penalties were beginning to mount for Castleknock. It looked bleak for them.

Out of nothing, they stitched together a move up the left and flanker Luke Brady’s slick pass to full-back O’Connor was key to the release of Daragh Enright for a stupendous try for 15-7 in the 52nd minute.

The calm way Belvedere worked their way back into it was impressive, another maul trucking it up for Coakley to notch his second try, Andre Ryan’s conversion reducing the difference to one point in the 58th minute.

The opportunism of Conor O’Driscoll to win a penalty was just beyond Ryan’s range. Ewan Smith won another to give Tormey a chance to go for goal, this time from inside his own half.

A maul moved again to offer a shot at goals which Belvedere preferred to send to the corner for replacement Michael Carmody to pick-and-go for the line for the winning points. 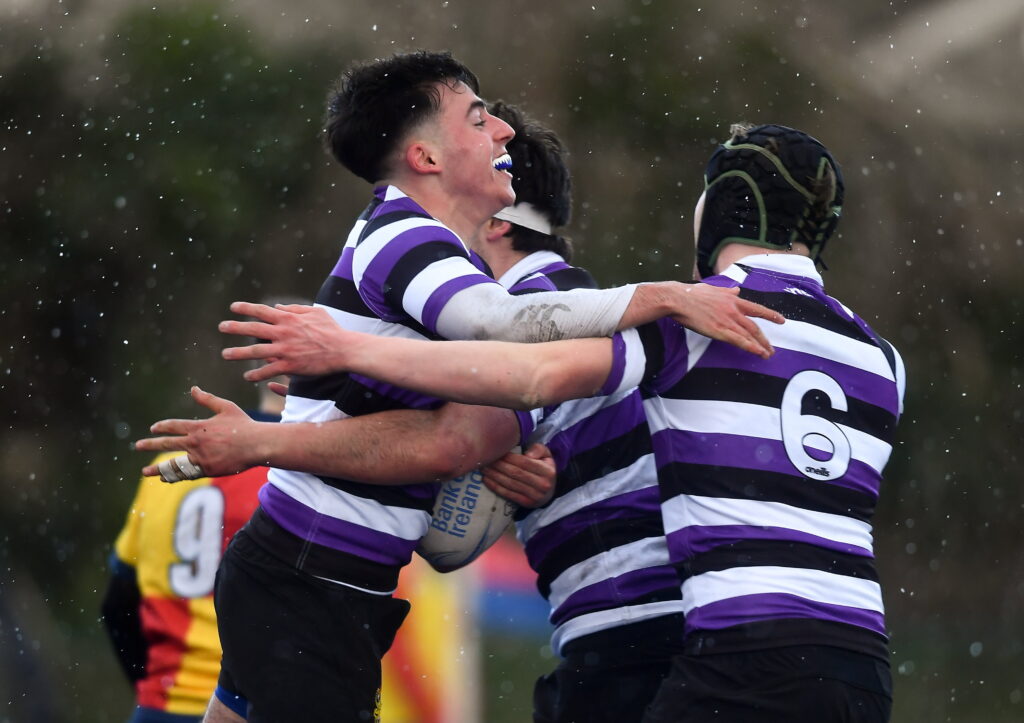 St Fintan’s made their way into the first round by virtue of their strong showing in the Vinnie Murray Cup, even moving in front from right-wing Luke Ingle’s penalty.

However, the assistance of a serious wind could not contain Terenure, who were quite clinical in how they created a try for second row Cuan Doyle, converted by Yago Fernandez-Vilar.

Then, centre Fernandez-Vilar was the beneficiary of impressive phase play for a try, converted by out-half Jack Grimes, for ‘Nure to lead 14-3 at the break.

St Fintan’s were fighting the conditions and a superior force in the second half which yielded a try for hooker Keith Byrne in the 49th minute. 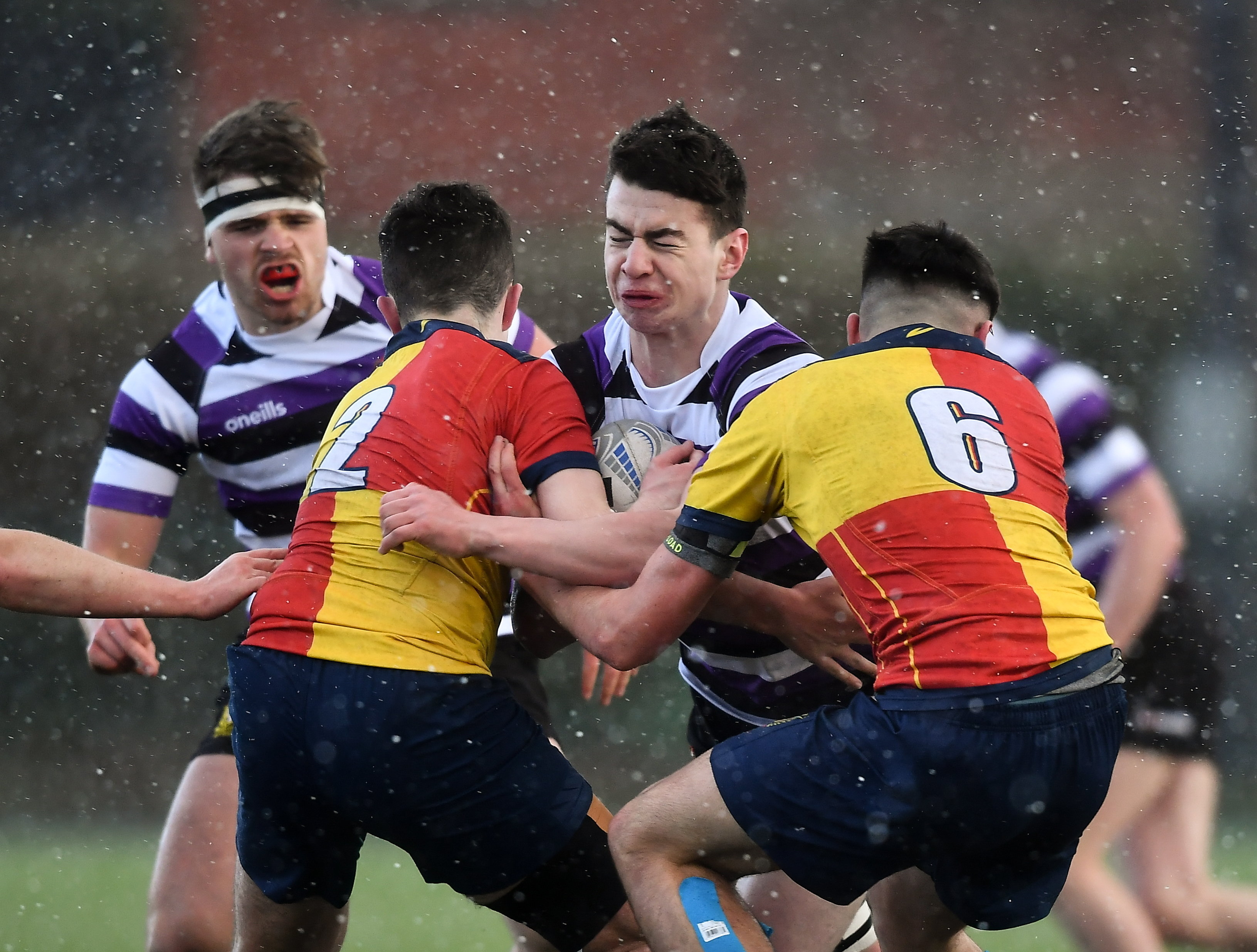 A strike play off a solid scrum was the basis for a sure finish from right-wing Regan Gallagher in an example of how ‘Nure could move the ball too.

It wasn’t long before replacement lock Ben Nolan was crashing over for Grimes extras to make it 33-3 in the 58th minute.

St Fintan’s were playing for pride at this point, the pack digging in as best it could, led by captain Matthew Linehan, Ciaran Bolger and No 8 Anrai Poole

It was not enough to prevent Terenure from piling on the agony as tries by Ultan Byrne and replacement hooker Matthew Lydon, both converted by Fernandez-Vilar, put an exclamation mark on a dominant performance.