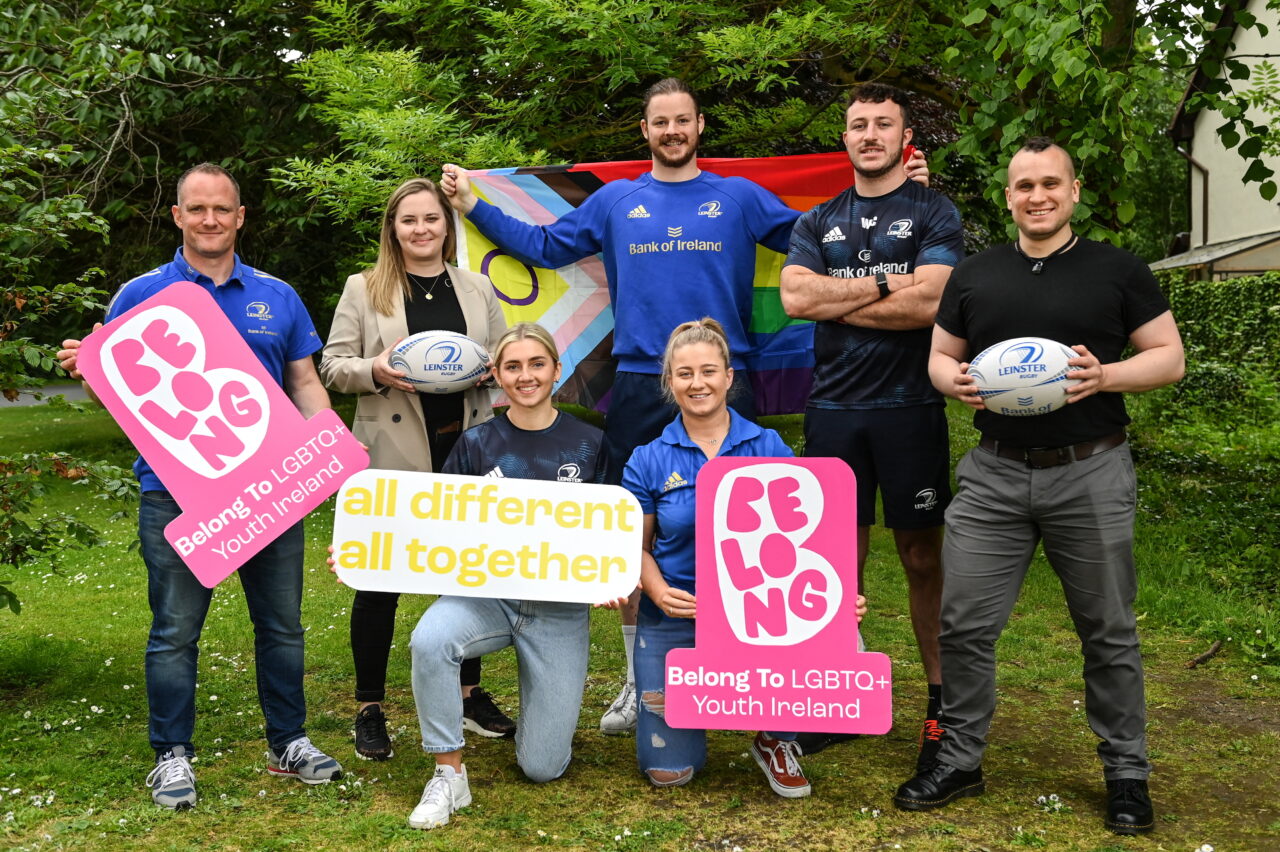 Leinster Rugby has announced Belong To as its latest charity partner for the month of June as part of the Charity Affiliate Programme.

Belong To opened its doors as a youth service in 2003 to provide a safe space for LGBTQ+ young people to find support and acceptance. Since then, they have grown to become the leading national LGBTQ+ youth organisation in Ireland providing training, education, and advocacy as well as vital support services.

The charity provides a life-saving LGBTQ+ youth service with a focus on mental and sexual health, alongside drug and alcohol support.

Belong To supports a National Network of LGBTQ+ youth groups across the country, which provide safe spaces for LGBTQ+ young people close to home. 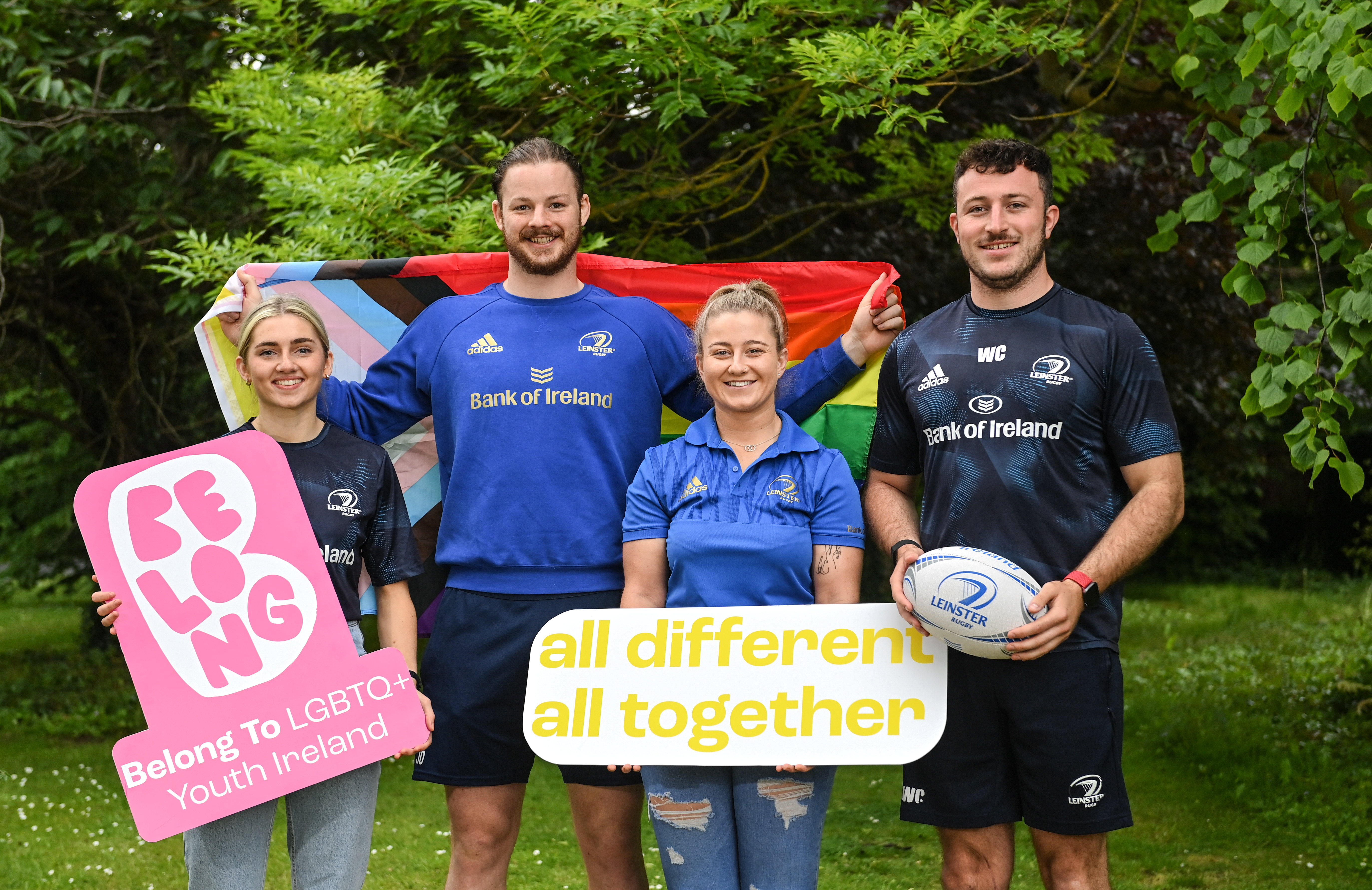 In attendance at the launch in Leinster Rugby head office in UCD were Leinster Rugby players Will Connors, Jack Dunne, Emma Hooban and Anna Doyle, as well as representatives from Belong To.

Welcoming the news of the partnership, Moninne Griffith (she/her), of Belong To said, “Our mission to create a world where LGBTQ+ are equal, safe, and thriving is ambitious, and we can’t do it alone.

“The support of charity partners like Leinster Rugby allow us to continue our life saving work and create an Ireland where LGBTQ+ young people feel safe and are accepted for who they are.

“Working with Leinster Rugby helps us to strengthen our impact and reach more LGBTQ+ young people and their families, and let them know that we are here to support them.”

Speaking on behalf of Leinster Rugby, Marcus Ó Buachalla (he/him), who manages the charity partnerships, said, “We have dealt with Belong To on a number of occasions over the last few years but this is the first time that we have been able to partner with them in a formal capacity.

“Through that previous engagement, we are very much aware of the positive impact they have on young people and of the work they do in the counties of Leinster and we very much look forward to helping them amplify that message across our digital platforms over the next few weeks.

“The timing of the partnership is also great as it aligns with much of our activity in June for Pride and conversations that we are already having in Leinster and in the Leinster Rugby community.”

Like all the charities selected, Belong To was selected by Leinster Rugby after a consultation process involving the leadership group of the men, women’s and Academy teams and consultation with the premium sponsors and partners and the OLSC.

For more information on Belong To, please visit their website.

The charities supported by Leinster Rugby as part of this initiative, include

The selection process for all the charities includes the Leinster Rugby players, Leinster Rugby sponsors and partners and also the Official Leinster Supporters Club (OLSC).