Belvedere College come out on top in close contest 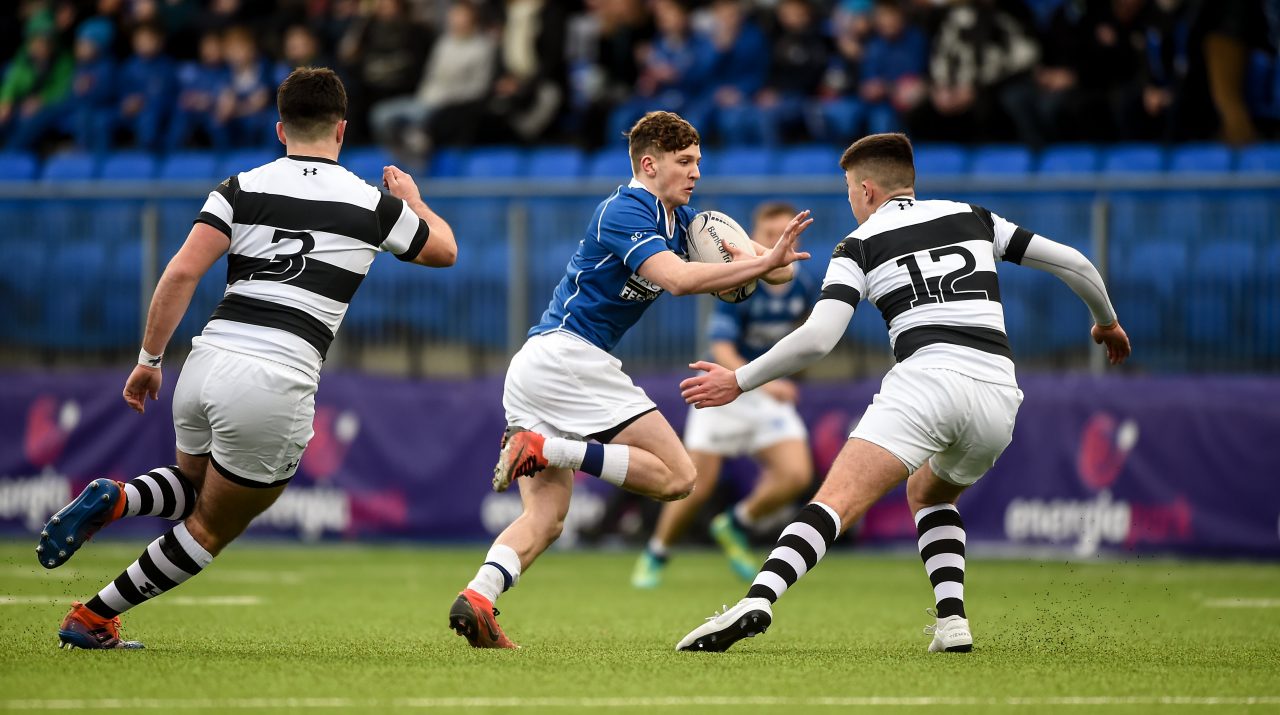 Belvedere College held on against St Mary’s College to book their place in the draw for the Second Round of the Bank of Ireland Leinster Schools Senior Cup today.

Despite trailing early in the first half, the north Dublin school rallied to go in ahead at the break before standing firm for the second 35 minutes to clinch victory at Energia Park.

A strong wind made it difficult for both number nines to use the boot early on with Jack Lundy finding his attempt for touch blown back 15 metres shorter than intended while Jack MacNeice conceded territory back to Mary’s putting a box kick out on the full.

The first opportunity to get points on the board went to Mary’s and Lundy split the posts with a penalty after Belvo had been pinged for crossing.

Belvo then lost Eoghan Rutledge to the bin due to a dangerous tackle on Matthew O’Shea.

And he was no sooner back on the pitch before they found the numerical advantage swapping hands when Mary’s out half Daragh Gilbourne was binned for a collision with Dylan O’Grady in the air.

The middle third saw a lot of possession traded with little action in either ’22’ until Daniel Hawkshaw’s grubber had Louis Moore scrambling but Max Svejdar got across to clean up.

They weren’t able to keep the Great Denmark Street school at bay much longer however and it was Rutledge who burrowed over from close range to get Belvo off the mark.

And they very nearly added to it with Simon Murphy on the end of a great move involving the centre pairing of Hawkshaw and Tormey but Louis Moore came to the rescue, bundling Murphy into touch preventing a certain try.

Wave after wave of Belvo attack continued and the second breakthrough came on the stroke of half-time when centre Tormey barged through. O’Grady’s successful conversion was greeted by the whistle for interval.

An uneventful start to the second half was banished from the memory with Robert Nolan’s try in the 45th minute.

Svejdar drew his opposing number into the tackle before releasing to Nolan who took off from just outside his own ’22’, taking a scenic route to the posts.

Lundy’s conversion cut the deficit to just two but only briefly.

A play straight from the training ground by Belvedere allowed Hawkshaw, now operating at full back to dive over and restore the seven-point cushion with 15 minutes remaining.

Another penalty from Lundy had Belvedere sweating for the closing minutes. They thought they had sealed victory when Peter O’Farrell dotted down but he was adjudged to have made a double movement.

No further points were needed as they held on to book their place in the Second Round alongside Gonzaga College and Castleknock College.