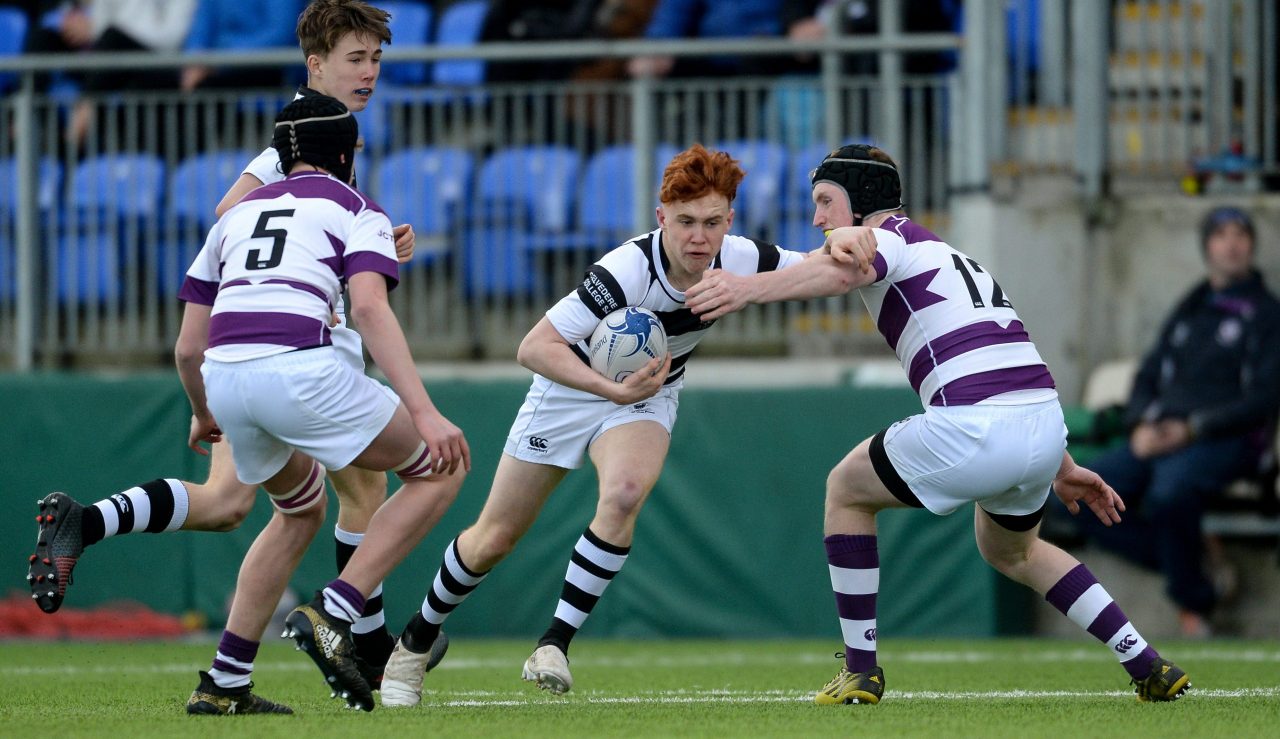 The bad weather from the weekend had cleared away for Belvedere and Clongowes to be greeted by a sunny, cold afternoon.

The Clane school’s centre Christopher Grimes was rocked by a tackle from wing Eoin MacAdaimh and forced to withdraw. 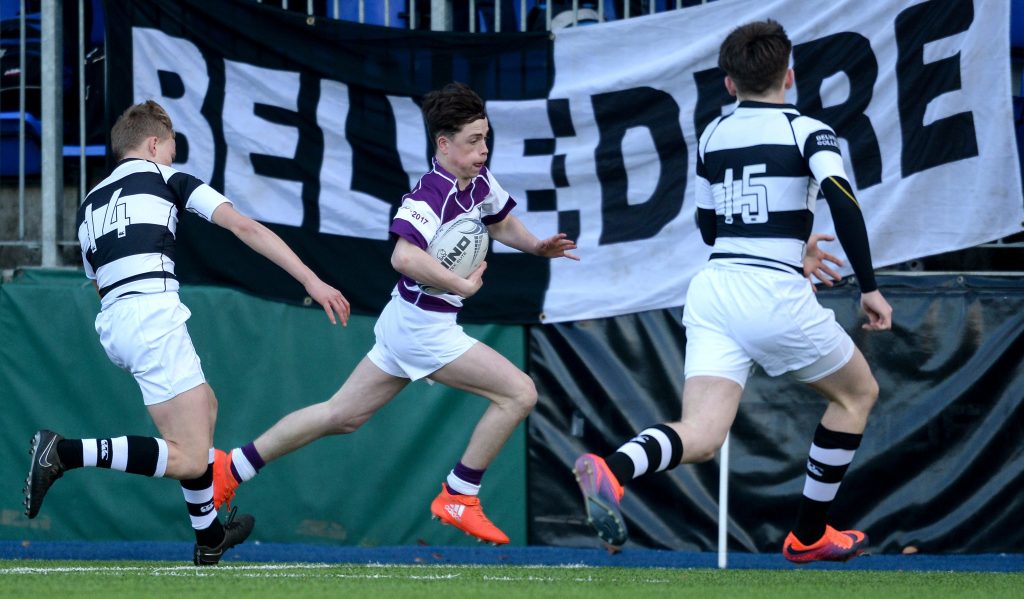 Then, Belvo’s Arthur Moran was binned for an aerial challenge on full-back Harry Radmall.

The stalemate continued with the Dubliners forcing a turnover at maul time countered by out-half David Wilkinson’s left-footed chip into the 22.

This time, the ball was secured and one lock, Jack Kearney, carried hard and the other, Thomas Mulcair, spotted a hole in the middle of a ruck to burst clear for Wilkinson to make it 7-0 in the 18th minute.

The game was taking place between the 22s as Hawkshaw tumbled a kick forward for territory and Wilkinson found his left wing George Fitzpatrick with a tantalising cross-chip. 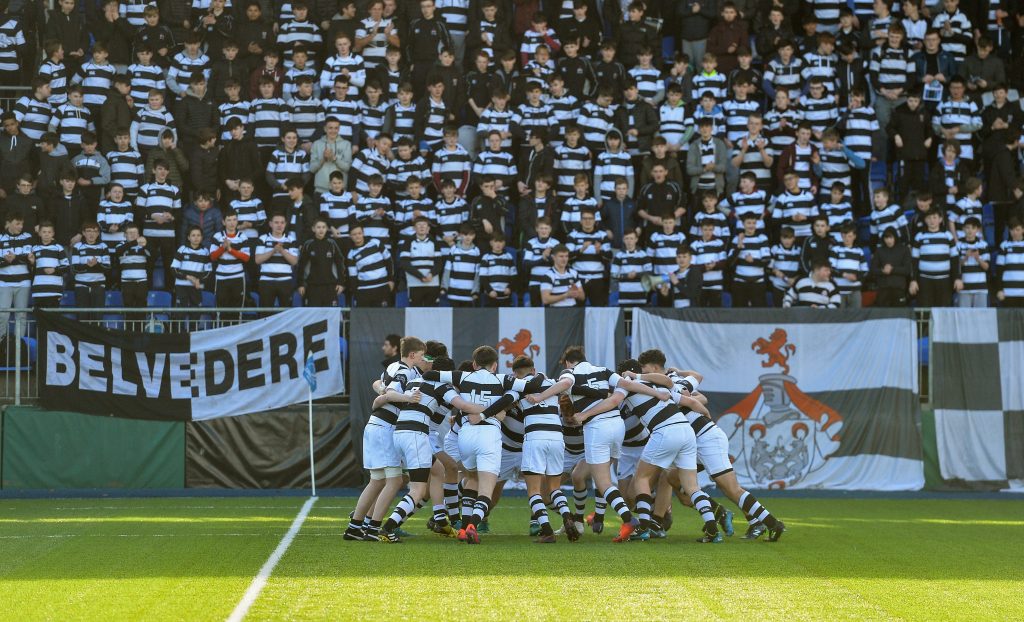 The powerful MacAdaimh speared the Clongowes cover for 40 metres only to lose his footing.

A smartly taken lineout move by Belvedere came close as they ramped up the pressure.

The breakthrough came from a scrum which swung on centre Fergal O’Byrne’s pass and the finishing of full-back Murray, who converted to level it up right on half-time.

The Black and Whites were quickly into their rhythm, marauding down the left for centre O’Byrne to have the strength to make the line in the 35th minute. 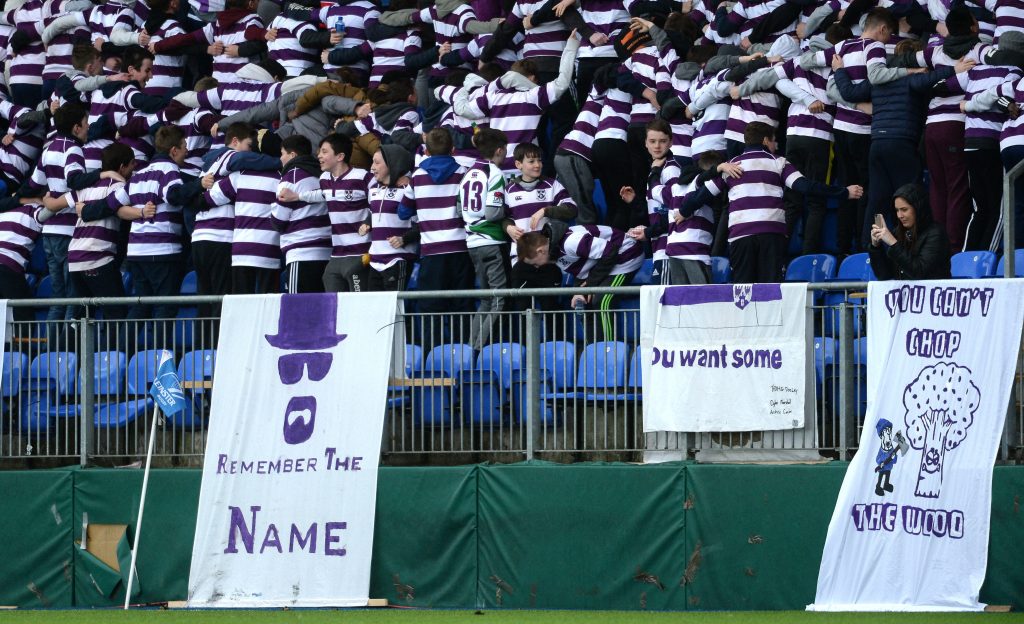 The swinging fortunes were maintained when Wilkinson’s beautifully judged kick was collected by replacement Peter Maher for a two-point lead in the 41st minute.

The footwork and speed of left wing MacAdaimh put Belvedere back where they wanted to be.

They had three lineouts, lost the first, mishandled the second and were held up over the line from the third.

They looked for full-back Murphy from every second ruck until they forced a penalty for Murphy to slip them ahead in the 53rd minute.

It would take just one mistake, one magical moment to seal it, Dooley almost producing it down the left touchline.

Wilkinson lined up a drop goal only to pull it left from 30 metres out in what turned out to be the last chance of the game.