Belvo impress on the way to Senior Cup last eight 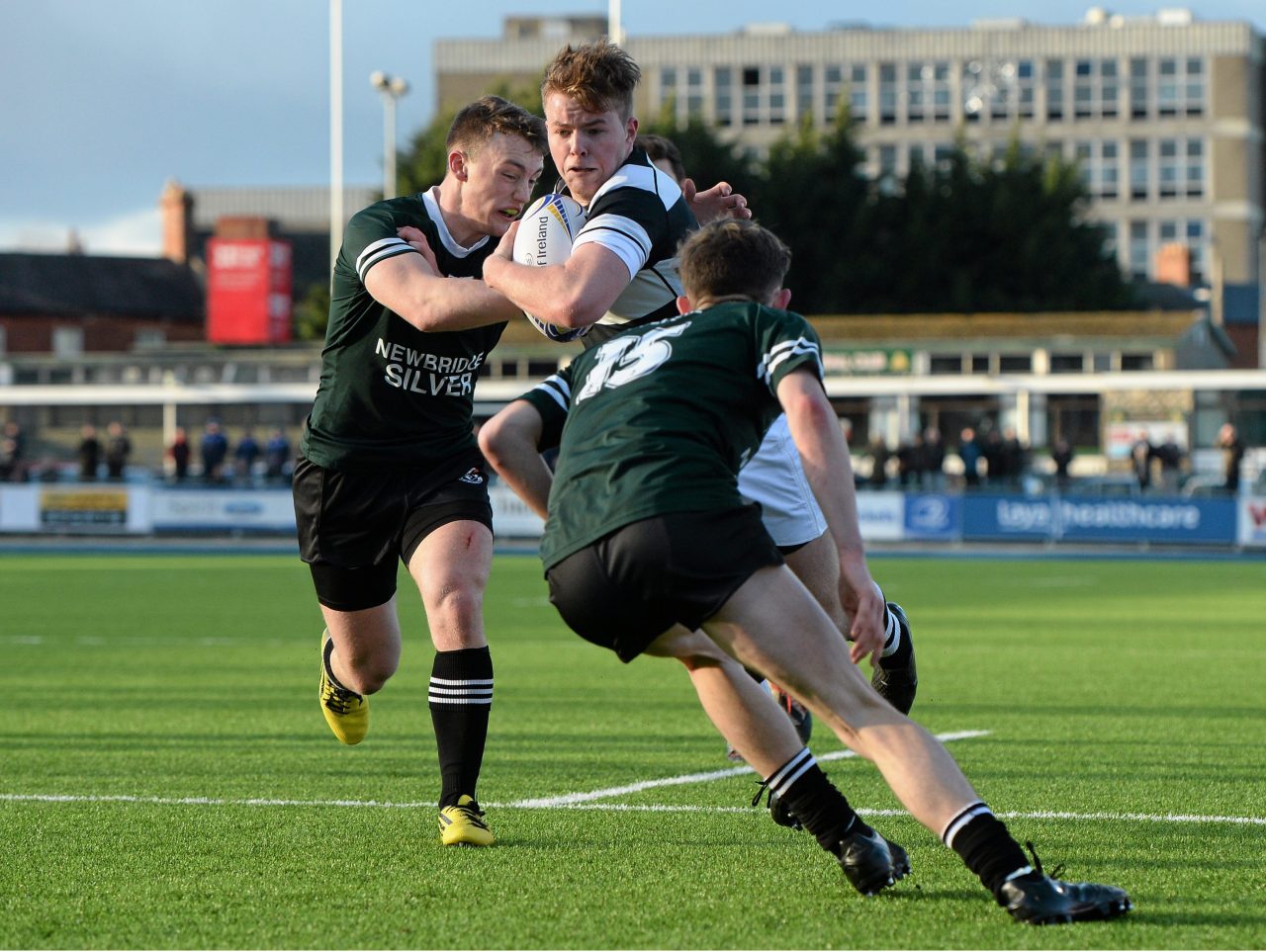 Phil Werahiko’s Belvedere could not have been more impressive in dealing with Newbridge on their way to the Bank of Ireland Leinster Schools Senior Cup quarter-final at Donnybrook on Wednesday.

The remarkable fact about this tussle was the high number of young men back from last year’s campaign in which Belvedere made the final and Newbridge the last four.

There was dramatic intent about the way Belvo’ got straight down to business, their forwards bringing a physical edge that the Kildare boys just had to repel.

Their number eight Patrick Ryan was twice forced into making uncomfortable decisions at the base of a twisting scrum.

All the while, the Dubliners were a touch over-eager to make things happen, forcing the issue into mistakes.

The ‘Bridge chewed up easy yards when Belvedere did not respect their maul and scrum-half Colm Doyle launched a ball from the base that took them into enemy territory for the first time in the eleventh minute.

In the blink of an eye, Belvo’ full-back Hugh O’Sullivan fashioned an opening for wing James McKeown that required a tremendous tackle from full-back Gavin Burke. 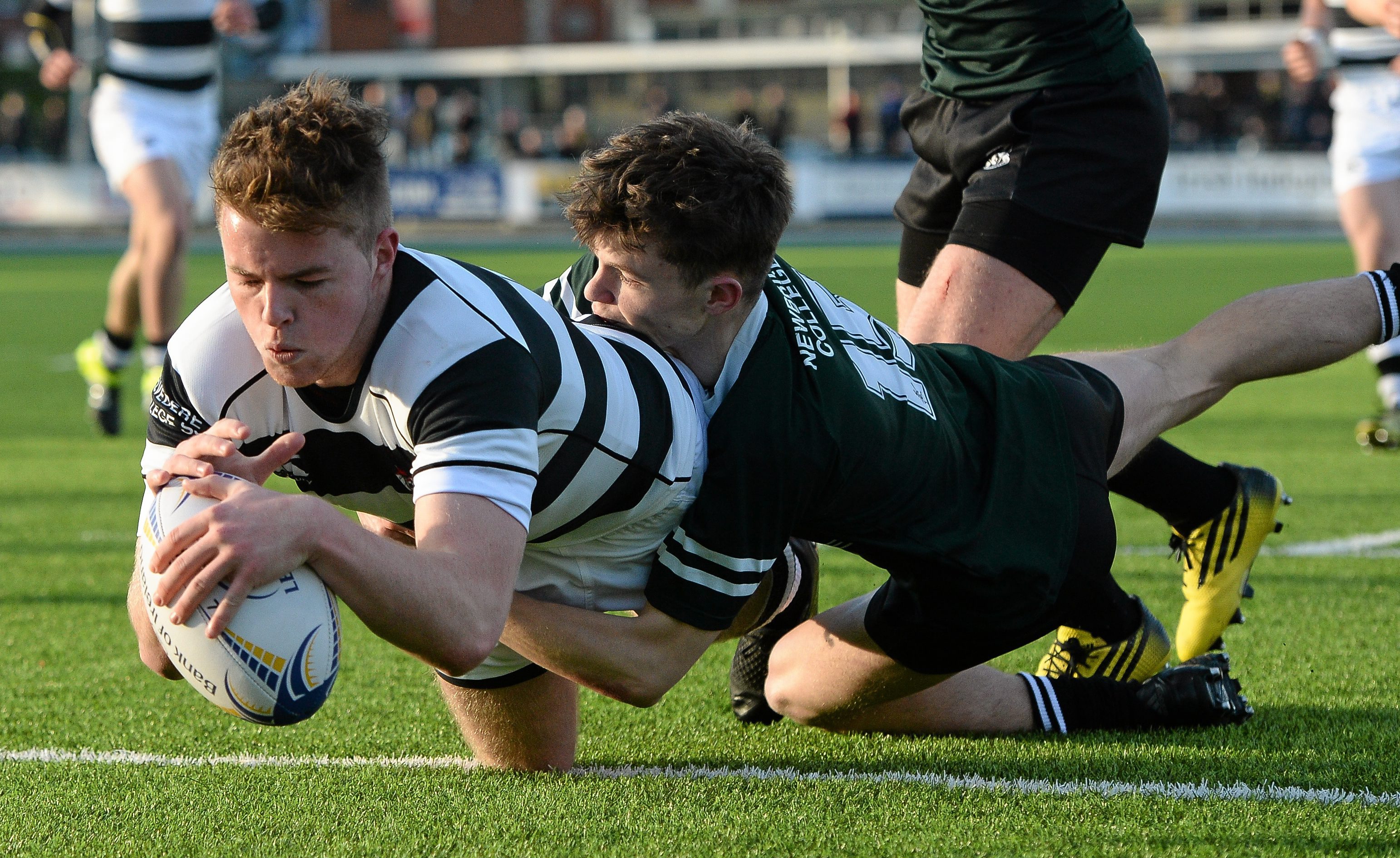 There was patience from there as the Belvedere big men came around the corner more than once for hooker Cian Galvin to pounce for the try which was converted by Conor Jennings in the 13th minute.

Almost immediately, Belvo’ gathered the restart and went back on the attack, despite the cover tackling of centre Caomhan Doolan.

There was rhythm to their game now and centre Jennings darted over on the left for a second try in two minutes.
Newbridge had to do something to arrest the slide.

They snatched the ball and moved it into the hands of their quick men, like centre David Murphy and wing Colm Stapleton, without the necessary reward.

They tried another way forward, Doolan ripping the ball free for fly-half Tim Murphy to dribble it in behind for wing Jonathan Deane to lead to a penalty.

They went for the corner, but couldn’t make it pay a dividend. Jennings cleared. Newbridge countered through Stapleton. The defence was secure.

It took the vigilance of number eight Ryan to defuse what looked like another breakthrough as O’Sullivan failed to find McKeown with a reverse pass.

As Doolan charged away from a scrum, Hugh Sexton wrenched the ball away to set up a dangerous situation which was scuppered by a spilled ball.

Belvedere looked as though they could strike at any time and from anywhere. 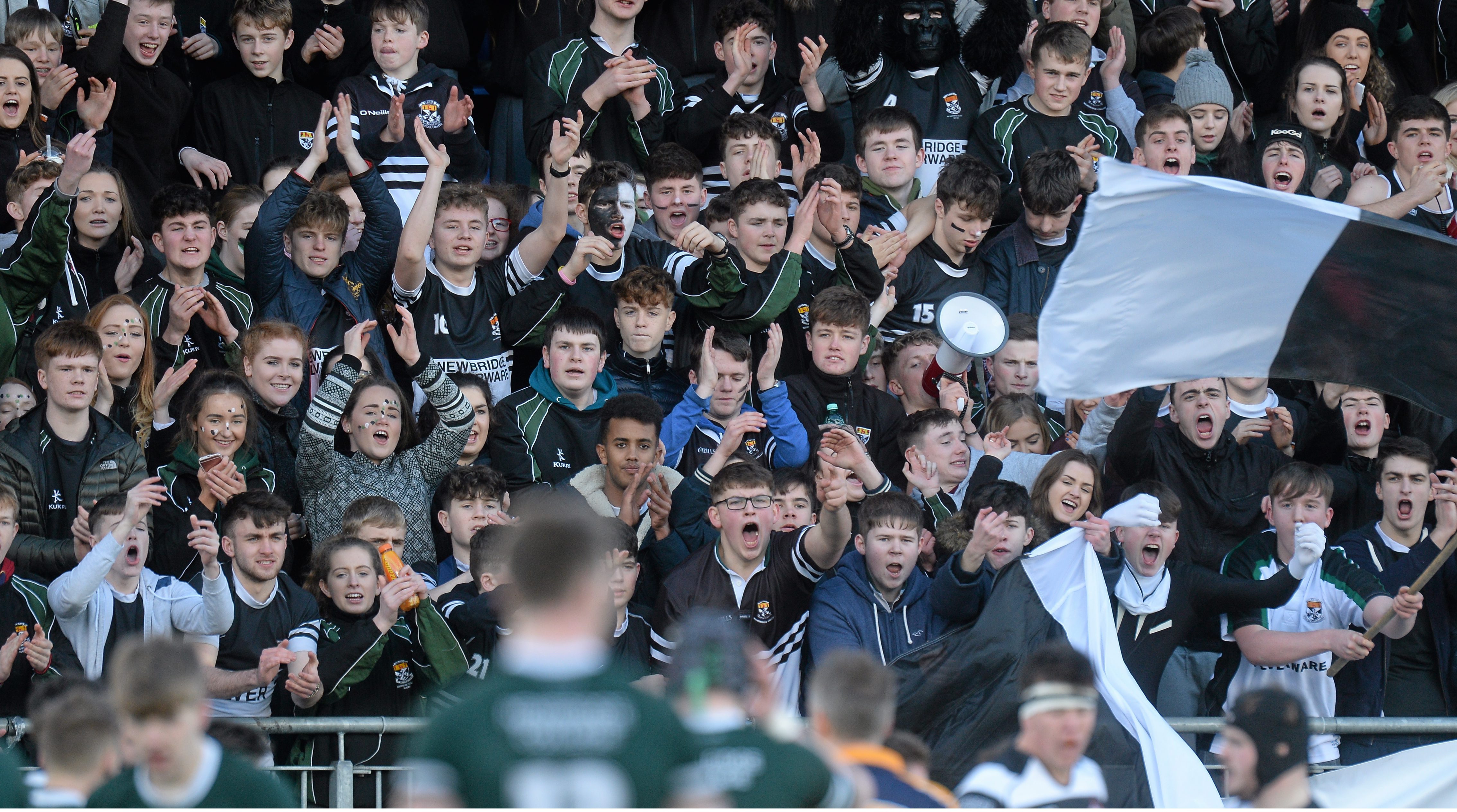 Jennings converted for 19-0 just short of the half-hour

The free-running McKeown tracked an attack on the inside to crack Newbridge open for the fourth try for Jennings’ conversion to make it 26-0 on half-time.

It was all about respect for Newbridge from there on.

It didn’t look any better for them when Jennings tacked on three points in the 38th minute.

The variation was difficult to stem. McKeown pinned his ears back for 40 metres only to be picked off by David Murphy.

Then, Hugh Sexton cut in from the right and the swift ruck transition enabled prop McCaffrey to take a short ball for his second try in the 46th minute.

There was room to breathe from one Newbridge attack, kick-started by Ryan dipping his shoulder into the tackle and scrambling for metres after it.

A high tackle stopped Deane short for the consolation of a penalty. They were only interested in seven points.

Flanker Dylan Walker came around the front of a well-worked lineout. The multiple drives came on to no avail as Belvedere were hell bent on showing their defence was as good as their attack.

The rain came sleeting down to stutter progress.

The willingness of Newbridge fly-half Murphy, their captain, to test the fabric of the first line of defence kept the winners honest.

The entertainment wasn’t over as Jesse Iredale sprinted out of defence for 60 metres and David Murphy countered with speed and footwork. 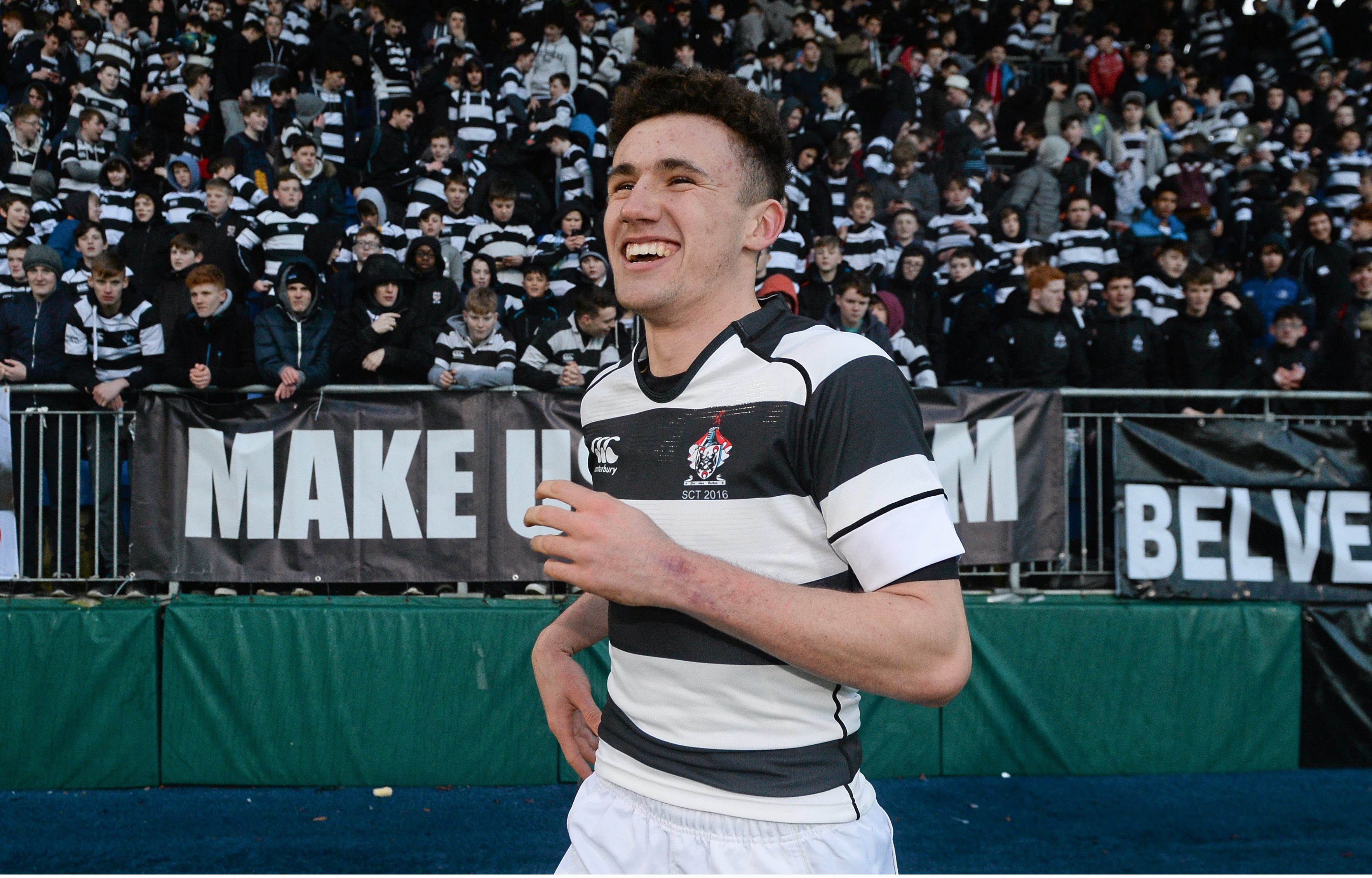