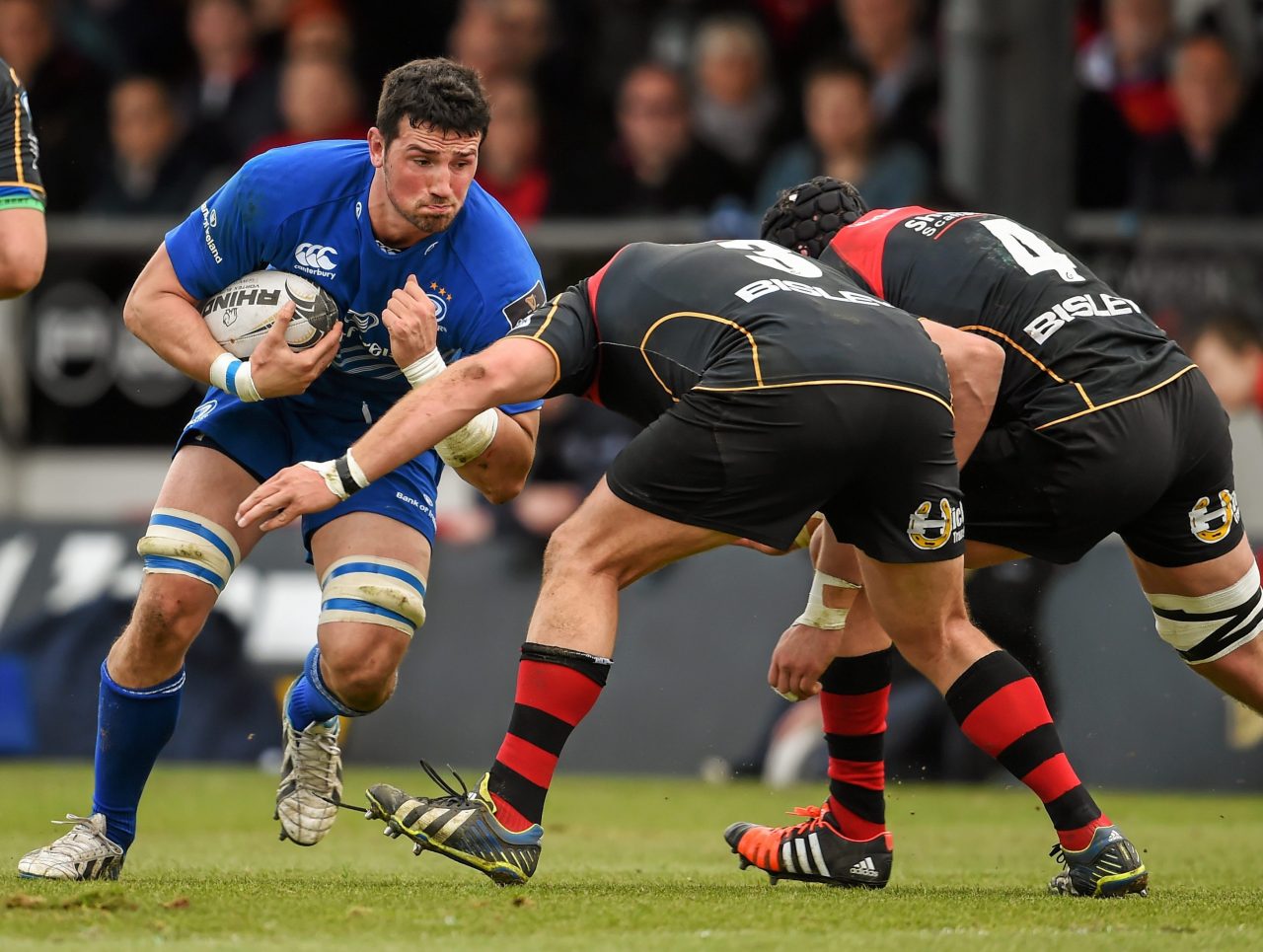 Leinster Rugby can this morning confirm that Ben Marshall has agreed to join Connacht Rugby in time for the 2015/16 season.

The 24 year old lock/back row has played 20 times for Leinster since his debut in December 2010 against Ulster Rugby, however injuries have interrupted his progress since then. Ironically, his last appearance in a Leinster jersey was the Guinness PRO12 game also against Ulster in April.

Marshall also appeared off the bench in the European Champions Cup Semi-Final loss away to Toulon the week before, in what was his European debut. This has been his most successful season to date with ten caps and one try against Edinburgh in the Guinness PRO12.   Ahead of his move out west this summer the Old Belvedere club man said, “I’d like to thank everyone involved in Leinster Rugby for my time here. Ever since my debut in December 2010 against Ulster it’s been a privilege to play for the club and my only regret is that I wasn’t a bit more fortunate with injuries.

“However I’ve thoroughly enjoyed the experience and have had some highs as well to go along with the injury lows. Running out in the RDS Arena in front of the supporters was always a great buzz and even recently in Marseilles in the Champions Cup Semi-Final against Toulon despite the result not going our way, it is a great moment to look back on.” Marshall, who has represented Ireland U20s and is in the Irish senior squad to face the Barbarians tomorrow evening in Thomond Park also revealed the reasons for the move and the influence that other former Leinster players had on his decision.    “The opportunity to join Connacht is one that I am very much looking forward to. I’ve had a number of conversations with Pat Lam and talking to a few of the former Leinster lads there already, I think I’ve a good sense for the place, what they’re about and where they want to go. The ambition excites me and I can’t wait to get started and to add to the mix. They have a good selection of second rows already but I look forward to putting my hand up for selection.

“I played in The Sportsground a few years back and it’s not unlike the RDS Arena in many ways. The supporters are right on the pitch and it makes for a brilliant atmosphere. I’m looking forward to running out there and having them with me for a change!” Everyone at Leinster Rugby wishes Ben the very best of luck with the move.