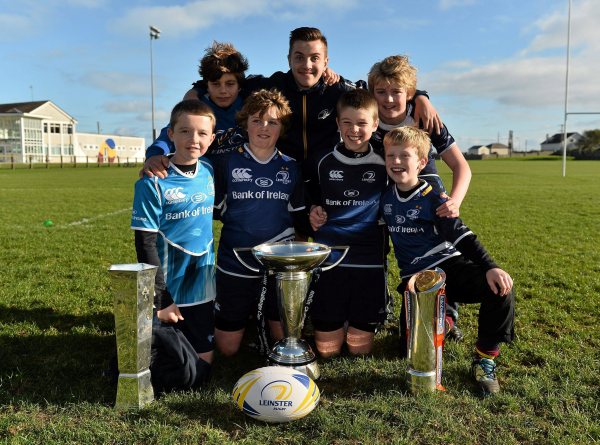 Camps took place in Blackrock College RFC, Cill Dara RFC, Gorey RFC, Railway Union RFC and Skerries RFC. We were there to capture some video with Vine to give you just a taste of what the camps are like. Take a look at our four favourite Vines from the Halloween camps below.

There’s been some great feedback to the camps so far. Here’s what just a few of you have had to say…

‘My son got a good insight into what he needs to do to have a rugby career. The coaches were fantastic.’

‘My son really enjoyed it and played better this weekend for his club after attending the course!’

‘This was my child’s first time attending the School of Excellence. As he is only 10 he has been attending the Summer Camps and has been frustrated by the non-contact element of the camps. He loved the School of Excellence, he gained in confidence both on the pitch and in dealing with strangers and he couldn’t wait to show off his improved tackling technique in training. All of his coaches remarked on it. Thanks to Maurice, Alex and the whole crew in Cill Dara RFC.’

‘My daughter is really looking forward to returning for the summer camp now.’

‘My son loved the camp. Swimming is his first sport and he was considering giving up rugby but since the camp he’s decided he wants to be a rugby player!’