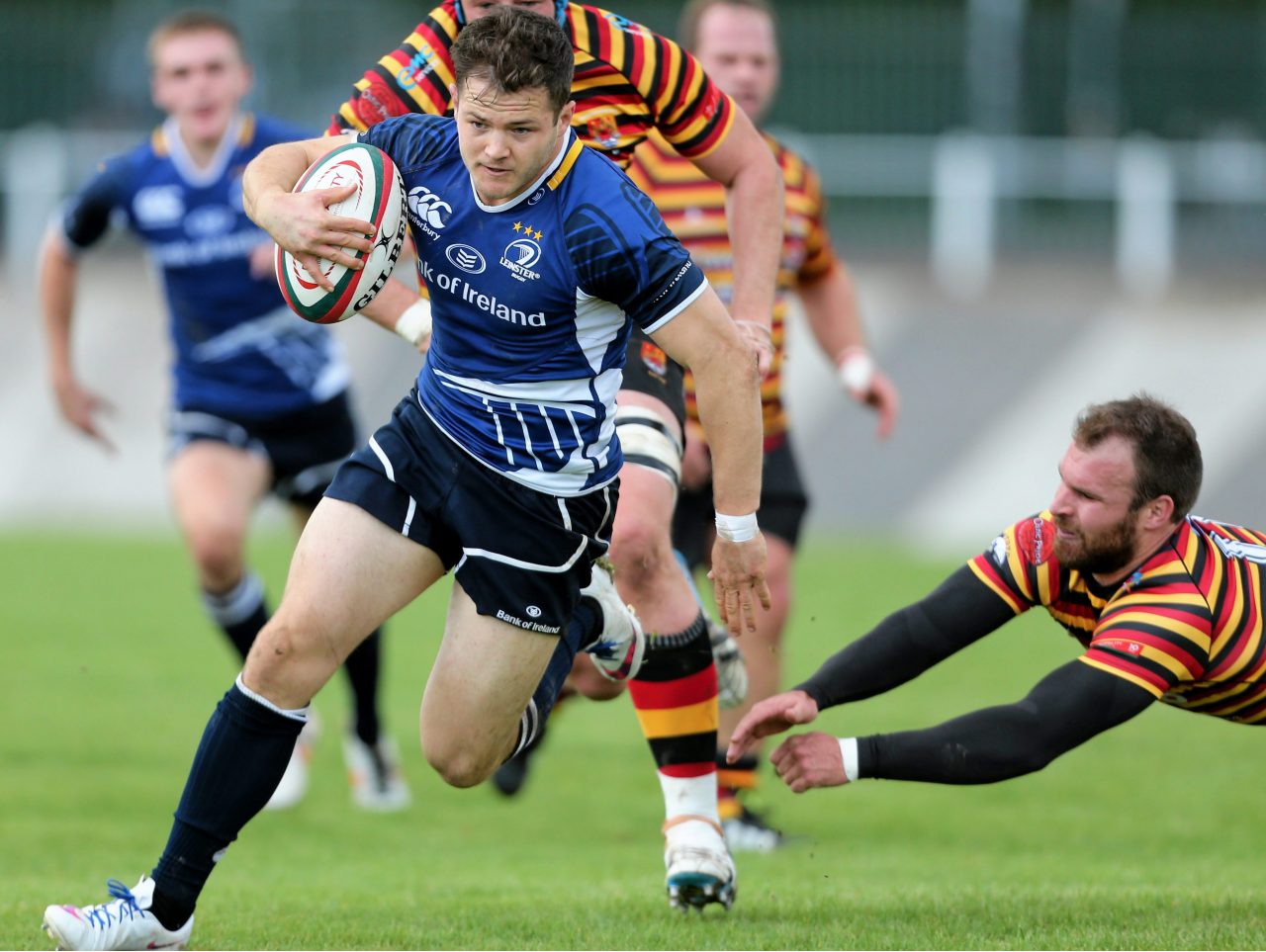 Worcester Warriors will have to do what no other English side has managed to do in four years and beat Leinster ‘A’ if they are to progress to the final of this season’s British & Irish Cup.

Leinster ‘A’ have won their last 11 matches in the British & Irish Cup against English Championship opposition, and are unbeaten in 17 games – a run that stretches back to a 50-15 quarter-final defeat at the hands of Bedford in March 2011. Worcester became the Blues’ next victims in the semi-finals that year, in what was their only other previous appearance in the cross-border competition.

Leinster ‘A’, meanwhile, are just two wins away from landing a hat-trick of titles, having won the 2013 and 2014 editions. When you measure that pedigree against Worcester’s club record 23-match winning streak, Friday night’s game looks an extremely tough one to call.

This season’s campaign saw Leinster ‘A’ get off to a winning start with back-to-back victories away to Plymouth Albion and at home to Jersey RFC.

This was followed by a defeat away to Carmarthen Quins, the ‘A’ team’s first loss in the B&I Cup since October 2012 – that defeat coming away to Pontypridd in the pool stages.

The defeat to Carmarthen was avenged a month later in the return fixture with Leinster running out 67-12 winners at Donnybrook. Girvan Dempsey’s men scored 10 tries that day; Cian Kelleher bagged a hat-trick, Mick McGrath crossed for two, and there was once each for Brendan Macken, Gavin Thornbury, Jeremy Loughman, Tom Farrell and Nick Timoney.

After the win over Carmarthen top spot in the pool was secured with a narrow 21-22 win away to Jersey RFC a week later.

With a home quarter-final up for grabs, Leinster ‘A’ saw off Plymouth Albion at home in Donnybrook, 59-26. The defeat to Carmarthen Quins earlier ion the pool stage would come back to haunt Girvan Dempsey’s men, however, as they missed out on a home quarter-final by one point, finishing as fifth seeds behind their quarter-final opponents Rotherham Titans.

In a thrilling game at Rotherham’s Clifton Lane, Leinster ‘A’ won 32-51 with 10 tries scored between both sides – six for Leinster, four for the Titans.

When Leinster ‘A’ won the B&I Cup for the first time in 2013 three away wins in the knock-out stages were required to lift the trophy. They will have to repeat that feat if they want to win a third successive title as the final is scheduled to take place at the home of the winner of the other semi-final between Doncaster Knights and Bristol. And they will have to do it the hard way travelling to face the top side in the RFU Championship in the semi-finals.

When Bristol prevailed by 27-12 at Castle Park in the English Championship last month it was the West Country club’s eighth win in a row against the Knights. Bristol were never really troubled that day, however previous clashes have been much tighter affairs, Bristol needing late tries from Dwayne Peel and Olly Robinson to save their blushes against the Knights in the first league encounter at Ashton Gate back in November.

In reaching the last four, Doncaster have matched their previous best performance in the British & Irish Cup: a semi-final loss to eventual winners Cornish Pirates in the inaugural 2009/10 competition.

This is the fourth time in six attempts that Bristol have made the knockout stages. The 2011 champions suffered a semi-final loss at the hands of Leeds Carnegie in last year’s competition.

In the event of a tie at full-time in this weekend’s British & Irish Cup semi-finals, the winners shall be determined by the match result after playing extra-time (10 minutes each way).

If the scores remain tied after extra-time, the team that has scored the most tries in that match (including extra-time) shall be deemed the winners and progress to the final. If the number of tries are equal, the winners of the match will be the away side.