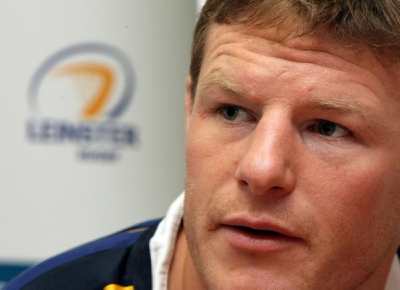 In doing so Malcolm will be joining other greats such as Girvan Dempsey, Anthony Foley, David Humphreys and Keith Wood.

Educated at Templeogue College, Big Mal won his first full cap in 1997 against the All Blacks in Lansdowne Road and went on to win 92 caps during his international career and is Ireland’s most capped second row. He won five Triple Crowns and was part of the 2009 Grand Slam winning team. He played in three Rugby World Cups and is a two time British & Irish Lion.

On hearing of his induction Malcolm O’Kelly said; “I’m delighted to be accepting this award and joining the other players already inducted into the Bord Gáis Energy IRUPA Hall of Fame. It means a huge amount as it comes from the players I played with and against during my career”.

John Mullins, CEO, Bord Gáis, commented, “Malcolm O’Kelly has been a wonderful ambassador for the game of rugby over the years and his induction into the Bord Gáis Energy IRUPA Hall of Fame is a more than fitting tribute to such a decorated and well respected player. I know that anyone with even the smallest interest in the sport will realise the towering impact Malcolm has had on Irish rugby at every level.”