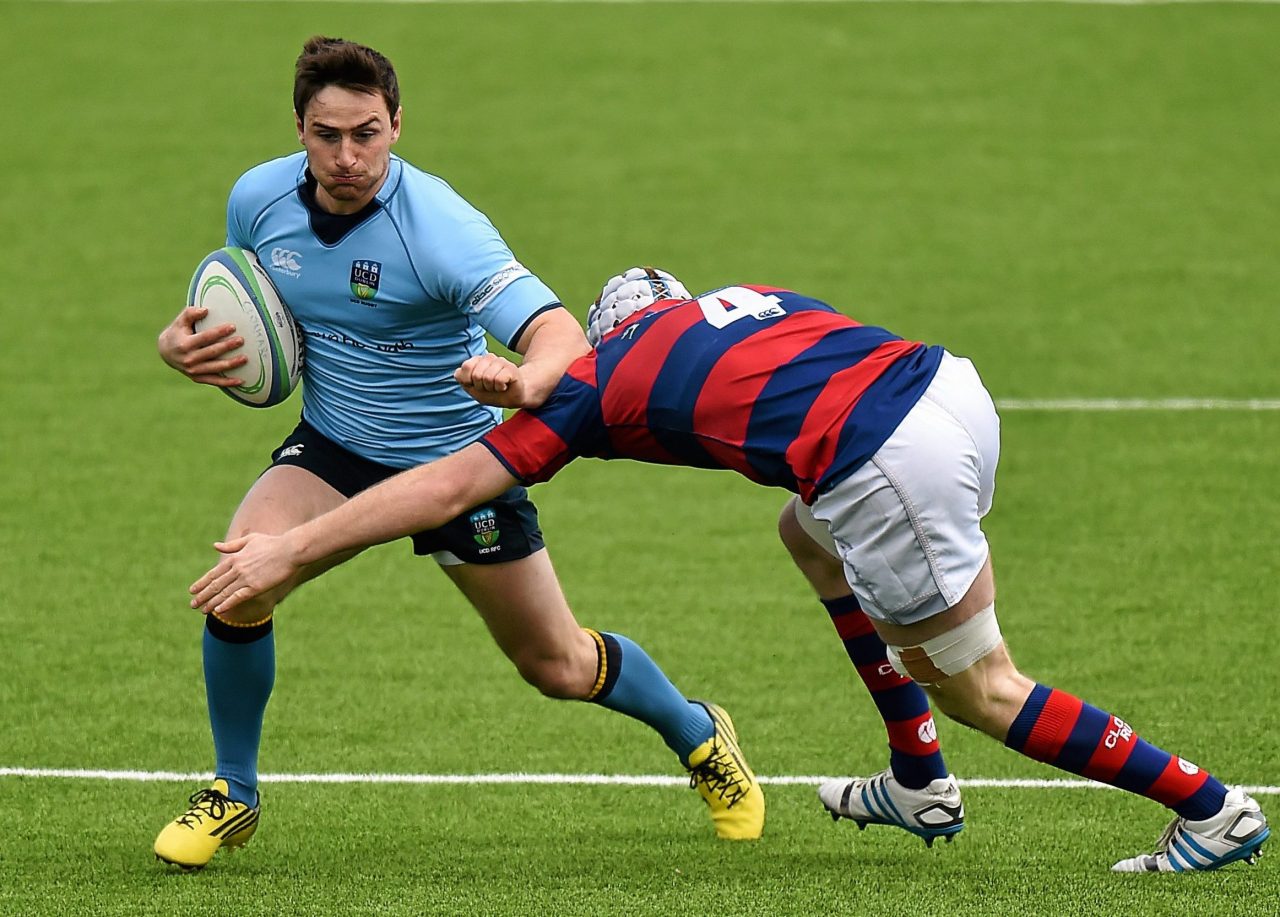 The Irish side finished in third place last time out in Lodz, Poland, while their first place finish on the opening weekend in Moscow sees them tied on 36 points in the overall table with Spain and Russia.

Leinster Academy player Ian Fitzpatrick has been writing a blog about the games to date and you can read these HERE.

In team news, Josh Rowland is the only change to the side that competed at Lodz, as he replaces the injured St Mary’s player Terry Kennedy. Rowland is set to make his first Sevens appearance of the season, having been side-lined through injury earlier in the year.

UCD’s Billy Dardis will captain the side and he is joined by fellow UCD club mates Hugo Keenan and Harry McNulty.

All three players were involved in the opening two rounds, as were the Lansdowne trio of Ian Fitzpatrick, John O’Donnell and Mark Roche.

Clontarf’s Mick McGrath, Naas wing Fionn Carr and Queen’s University back-row Nick Timoney are all also set for their third Rugby Europe appearance of the summer, as is Jordan Conroy, who has scored seven tries in the opening two rounds.

Munster and Shannon wing Greg O’Shea will win his second Ireland 7s cap, having made his debut in Lodz.

The Men’s 7s are attempting to qualify for both the Repechage for the World Rugby World Series in Hong Kong next season, and next summer’s Sevens Rugby World Cup in San Francisco.

As it stands, Ireland are in top position of the two sides to qualify for the Repechage, with Germany holding the second spot.

Ireland also hold top spot for in the race for World Cup Qualification due to a superior points difference, but are tied with Spain and Russia on 36 tournament points.

Speaking on the confirmation of the squad, IRFU Director of Rugby 7s Anthony Eddy said;

“We’ve had reasonable success so far over the opening two tournaments, and we’re looking to get another good result this weekend in Clermont.

With it being very competitive between ourselves, Russia and Spain, the players know that a good performance this weekend should set us up well for a good finish the final tournament in Exeter in two weeks’ time.”

Ireland are in Pool C with Belgium, Italy and Wales and the tournament will be broadcast for the first time in Ireland via eir Sport, and will be streamed via www.rugbyeurope.tv