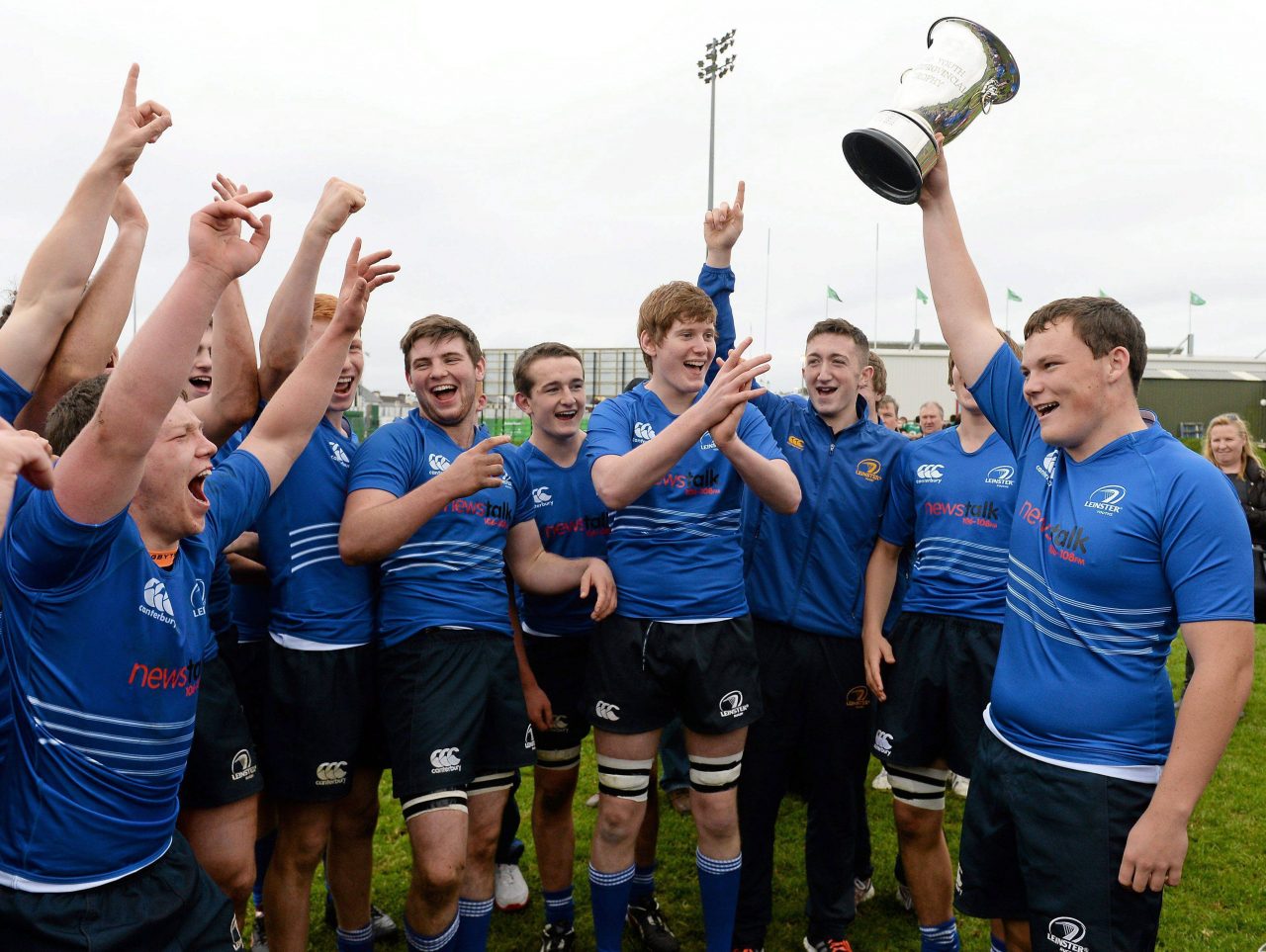 17 clubs and players from 10 counties are represented in the U 18 Clubs to face Languedoc today in Templeville road at 14.30pm. See below for squad announcement…

Leinster U/18 Club side travelled to Oratory School, Reading to play the Exiles in their first competitive outing this season.

After a nervous start by both sides Leinster began to dominate and were rewarded with the lead, on 20 minutes, when the Exiles gave away a penalty after a sustained period of pressure. The penalty was converted by Ciaran Frawley. Although Leinster were on top for most of the half the Exiles took the lead just before halftime when following a kick ahead they crashed over for a try to leave the score 5 to 3 at the break.

The second half was a completely one sided affair with Leinster making the most of every opportunity presented to them. Within 5 minutes Ciaran Frawley scored and coverted a try after Leinster won a scrum close to the Exiles line. After 10 minutes of the half Leinster began to run the ball at will and after some interplay between backs and forwards Peter Howard broke free to score a well worked try. Ciaran Frawley again converted and add a penalty soon after to leave the Leinster with a commanding lead.

Leinster were not finished and followed up with tries from Darragh Sweeney, Conor Hand and Conor Nash with Shane Walshe and Ciaran Frawley converting 2 of the 3 tries. At the final whistle Leinster had amassed a 39 point to 5 win which reflected their dominance throughout the game.