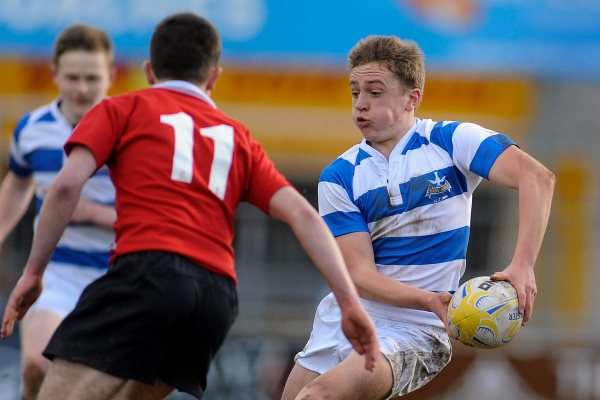 There was a great sense of occasion between both schools sets of supporters for this Beauchamps Junior Cup Quarter-final game. Blackrock kicked off the match, playing towards the Bective end of the stadium.

CUS took possession for the opening few minutes, displaying great ability to spread the ball wide while dominating possession. The Blackrock defence managed to stay firm during the opening exchanges. Soon Blackrock began to take control of the game, stealing possession from a CUS lineout just inside the opposition’s 22. A powerful maul resulted in the first try from captain Andrew Murphy. Peter O’Reilly added the extras from out wide. 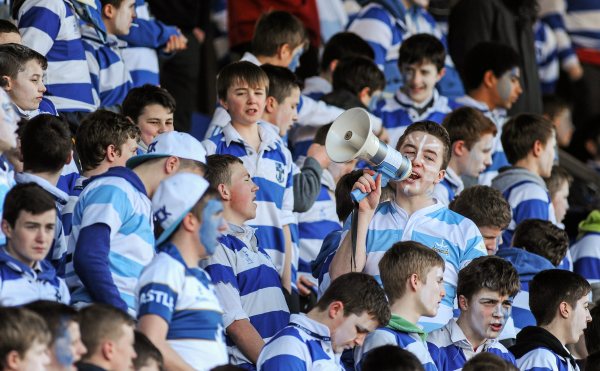 From the ensuing restart, CUS gathered possession and played through numerous phases, testing the three-quarter line. After some aerial bombardment, ‘Rock reclaimed possession, spinning it wide for wing Ross Deegan to finish in the corner. Despite both sides best efforts, the score of 12-0 remained at halftime.

After half time, ‘Rock came flying out of the blocks, striking early with a well-finished try from number-eight Andrew Murphy. O’Reilly converted once again.

Fresh legs from the bench began to increase the tempo for both sides. This was evident from substitute Alan Francis as he went over for another five points. Further tries came from Andrew Murphy and John Fairley. 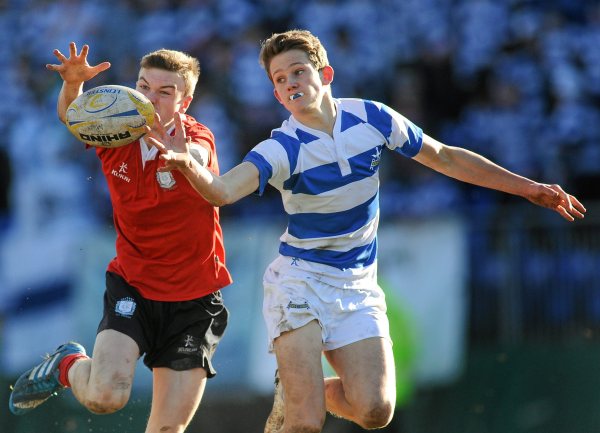 Despite this, CUS showed great character and resilience, putting their bodies on the line and showing great pride, this was epitomised by their captain Brendan Meehan, who led by example in attack and defence.

Stolen ball from a lineout and great footwork from Patrick Patterson resulted in another Blackrock try, with fullback James Moriarty then following suit.

CUS restarted the game, retaining possession in the ‘Rock 22. They showed great ball retention, working the blind side well with their strong pack. But it was not to be for their brave efforts, as Blackrock scored from sub Matthew Campbell going over on the stroke of full time.

The final score of 53-0 did not accurately reflect what was a well fought game by both sides, with the sheer physicality taking its tole. The CUS side represented their school with great heart and determination, right up to the final whistle.

A bruised Blackrock march onto the next round.

Click here to see the draw for the semi-finals of the Beauchamps Junior Cup.