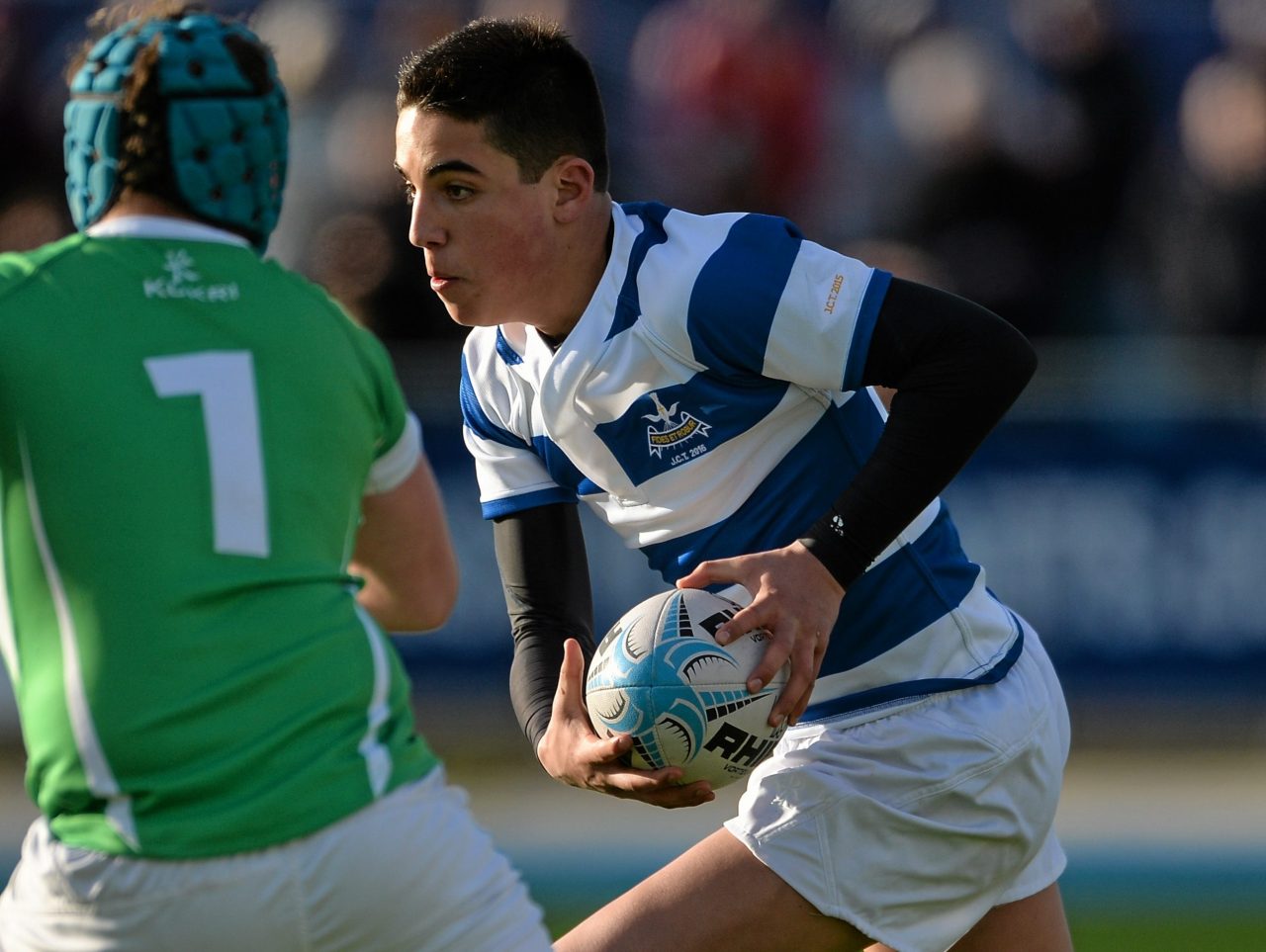 Liam Turner’s Blackrock were given a sharp reminder of the difficulties in winning the Junior Cup when they were tested to the limit by Gonzaga at Donnybrook on Thursday.

The atmosphere was set by Gonzaga’s vocal following and they started physically by driving a scrum and choking for a turnover.

Blackrock knew they would get nothing easy and their captain Turner was quick to spot this. He glided around the outside shoulder and picked a beautiful inside pass for wing Adam Thompson to be hauled down close to the line.

Gonzaga number eight Ian O’Grady did remarkably well to spoil a maul that looked odds-on to end in a try. The release was temporary.

Props Giuseppe Coyne and Thomas Clarkson put the foot down and openside Michael McGagh finished the job for fly-half Joey Caputo’s conversion to make it 7-0 in the 11th minute.

The impressive combination between half-backs Robert Moran and Barr paid dividends when the former collected the latter’s up-and-under and Moran sent wing Inglis careering into the 22. O’Grady also made a dent with the points to show for it.

The ruthlessness of ‘Rock showed when they travelled up field for McGagh to pound out the final few metres for Caputo to turn it into a 14-point game in the 25th minute.

Will o’ the wisp Moran was a dandy at the base of scrum and ruck. His variety of kicks and dinks were a joy to witness, not to forget entirely effective.

On resumption, Moran and Barr continued their excellent tactical kicking, turning ‘Rock constantly until number eight Liam McMahon broke form deep. His intelligent chip was gathered by the supporting Turner for a third converted try in the 38th minute.

Fly-half Barr’s low kick in behind forced Blackrock to cough up a 5-metre scrum. The forwards had their say, O’Grady coming up short, before Moran and centre Brian O’Donnell sent full-back Andrew Coman scurrying over for Barr to make it 21-7 in the 45th minute

‘Rock replacement Mark Grogan shot through a lineout for front-foot ball and prop Coyne showed slick hands to create an opening closed by a knock-on.

Gonzaga were unyielding and their tenacity paid off when the Williamstown school was penalised for crossing.  Hooker Eoin Barron went for the corner. Flanker Robert Kidney took in the lineout. The maul was pulled down.

They went to the corner again.  Barr had a pop from the one-out channel. Prop Matt Meagher made it to the line for a try Barr couldn’t quite convert to leave it 21-12 in the 54th minute.

Gonzaga came again with another kick to the corner from Barron and a maul which was moving well until a knock-on hurt them.

They were coming in waves as ‘Rock were forced onto the back-foot, their defence holding rigid all the way to the end.