Blackrock College through to the Junior Cup Final 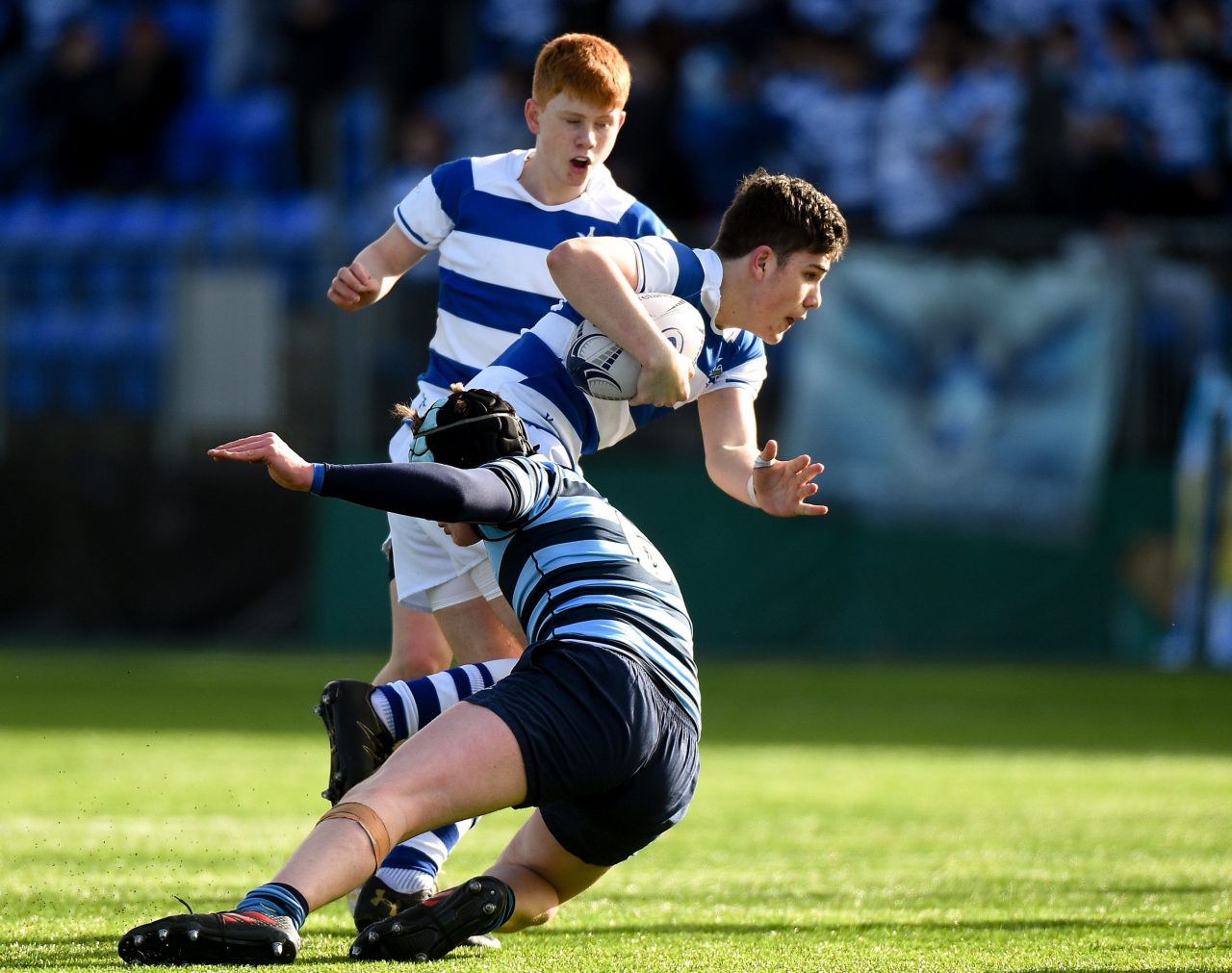 Tries in each half by Jude O’Reilly and David Walsh placed Blackrock in the driving seat before Castleknock claimed a consolation score through replacement Oisin Tierney during the closing stages.

‘Rock will now face St Mary’s in an intriguing showpiece at Donnybrook next Wednesday afternoon when they will be aiming to land a 51st title at this grade. 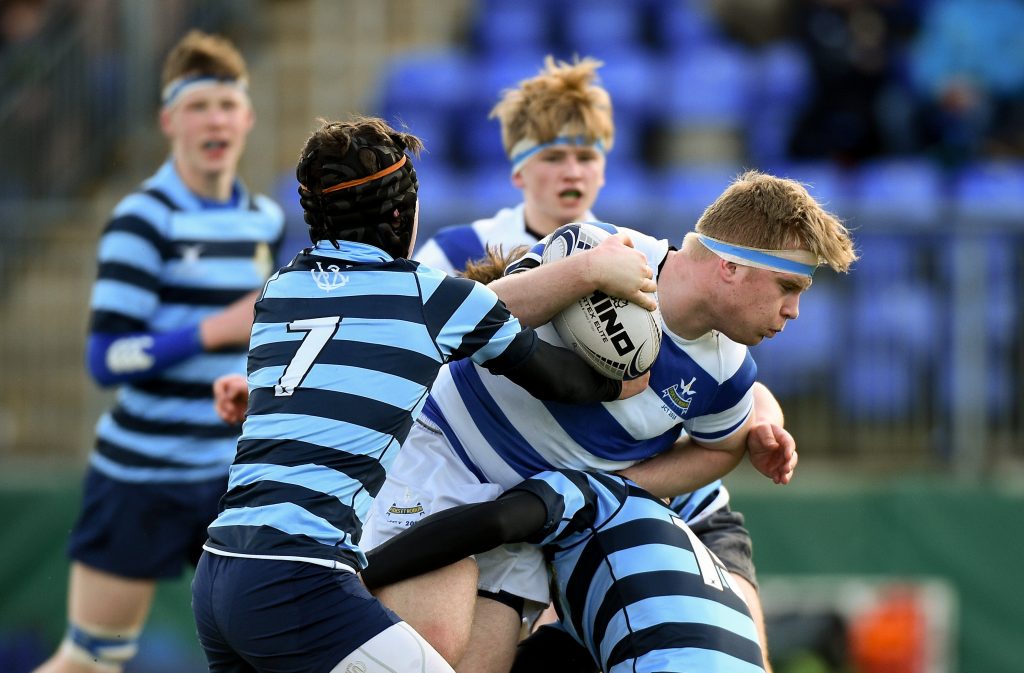 After St Michael’s brought their quest for a fifth consecutive junior title to an end just under 12 months ago, ‘Rock appeared hell-bent on a return to the table. They dethroned the Ailesbury Road outfit in the opening round, before subsequently defeating St Gerard’s school, Bray in the last-eight.

Though they were viewed as rank outsiders in advance of this contest, Castleknock had impressed en route to their penultimate round encounter. A 20-0 success over Gonzaga College was followed by a clinical quarter-final display against CBC Monkstown, when back-row Luke Callinan contributed a brace of tries in a 23-point triumph (30-7).

Nevertheless, it was ‘Rock who dominated the ball in the opening stages of the play. Michael Moloney’s crossfield kick in the fourth-minute was intended for winger Michael Nealon, but opposition full-back Oran Farrell was on hand to divert it into touch.

Castleknock subsequently developed an attacking overlap on the left flank, where Shane Duggan was picked out in space. However, ‘Rock dug deep to secure a penalty, which acted as a launchpad for a deadlock-breaking score. 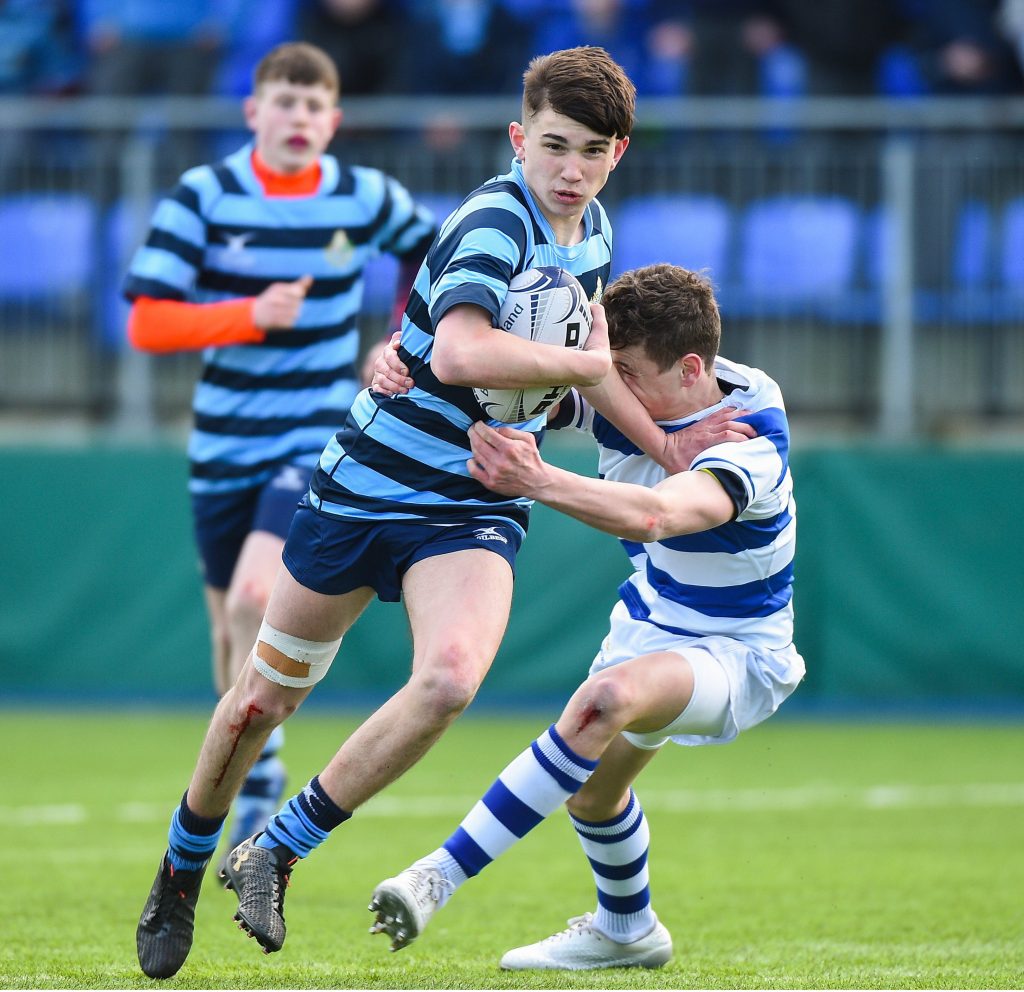 A neat off-load on the left-hand side by centre Tom Henderson released O’Reilly, who sprinted over the whitewash after exploiting a gap inside the ‘Knock ’22’. Moloney comfortably added the bonuses, giving the Williamstown school a seven-point lead on the stroke of 10 minutes.

While it was anticipated that ‘Rock would push on at this point, O’Reily’s knock-on from the resulting restart offered up a 22-metre attacking scrum to their opponents. Excellent work by ‘Knock’s physically-imposing pack led to a brace of close-range penalties, though the angle was too tight for a kick at goal.

As a result, Farrell opted to kick for touch. With the try-line now in sight, the pressure on the ‘Rock rearguard was gradually increasing. Yet, thanks in no small part to lock Rory McGuire, they eventually turned over possession.

Castleknock persisted with their challenge, however, as Eoin Leen, Sean Casey and skipper Fionn Gibbons all broke into the ‘Rock attack. Indeed, despite being on the back-foot towards the end of the opening period, they were frustrating their south Dublin counterparts with resolute defensive work. 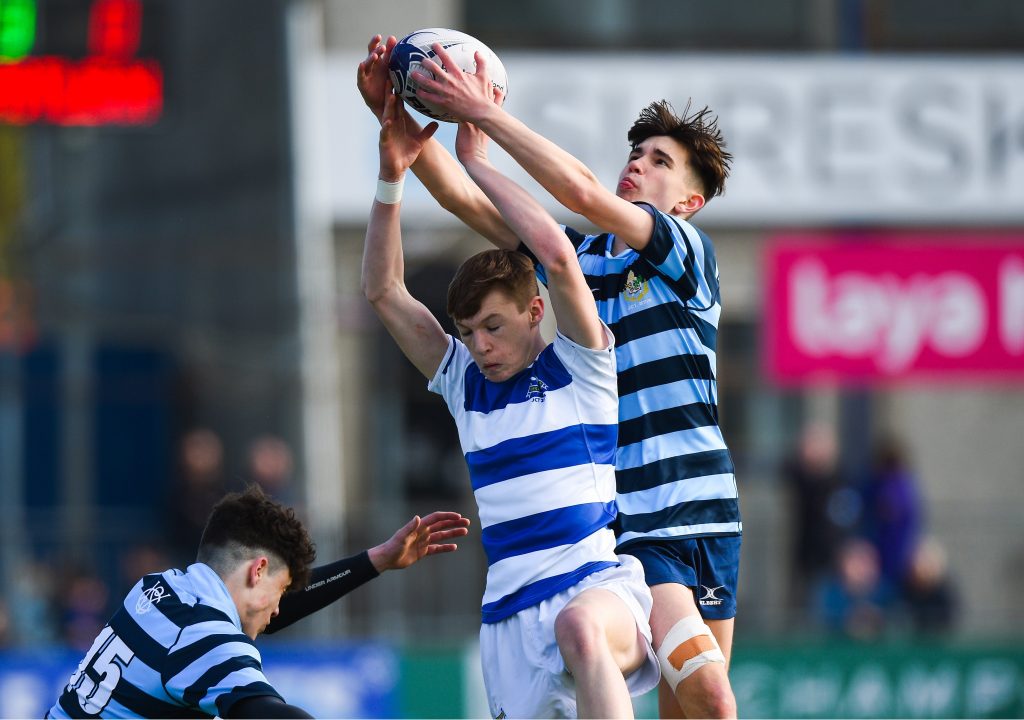 ‘Rock ultimately increased their advantage on the stroke of half-time, a routine Moloney penalty provided them with a 10-0 buffer. They looked set to create further daylight between the teams on the resumption when Moloney opted for the corner rather than a kick at goal.

Given they had secured a number of Castleknock’s line-outs prior to the interval, there was enough evidence to suggest that a second try was on the cards. However, ‘Knock once again wrestled back possession and kept ‘Rock at bay until the end of the third quarter.

It was at this point that lock Senan Forker was sent to the sin-bin for an indiscretion inside his own 22-metre line. With a numerical advantage at their disposal, ‘Rock prop David Walsh applied the finishing touches to a powerful line-out maul.

Moloney’s bonus strike was short of the target, but with all of 15 points now separated the sides, Blackrock were on course for a sixth successive junior final appearance. Castleknock were then presented with an ideal opportunity to open their account in the 49th-minute. 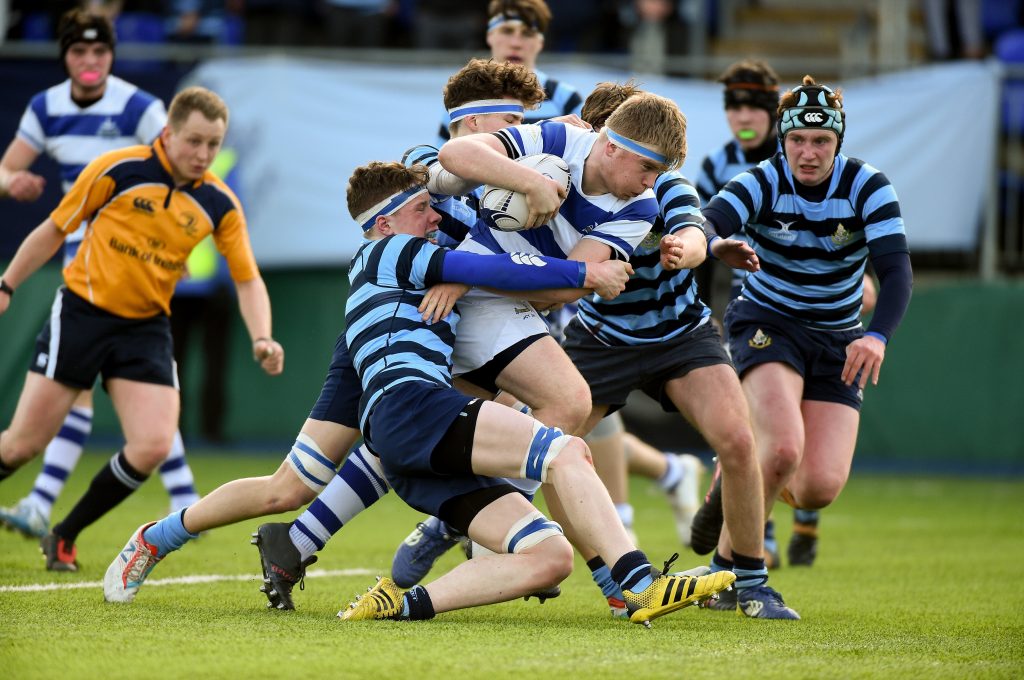 Although Farrell’s 35-metre effort was firmly struck, it rebounded off the post and into the grateful arms of Walsh. It is 16 years since Castleknock contested the final at this level – a narrow reversal to St Michael’s denied them a ninth crown on that occasion.

Their patience was eventually rewarded four minutes from time with a well-worked try at the end of an extended attacking spell. After scrum-half Conor Duggan spread the ball towards the right-flank, Tierney touched down via a neat pass by Farrell.

The latter’s touchline conversion was wide of the mark and Blackrock held firm in defence to progress with 10 points to spare. 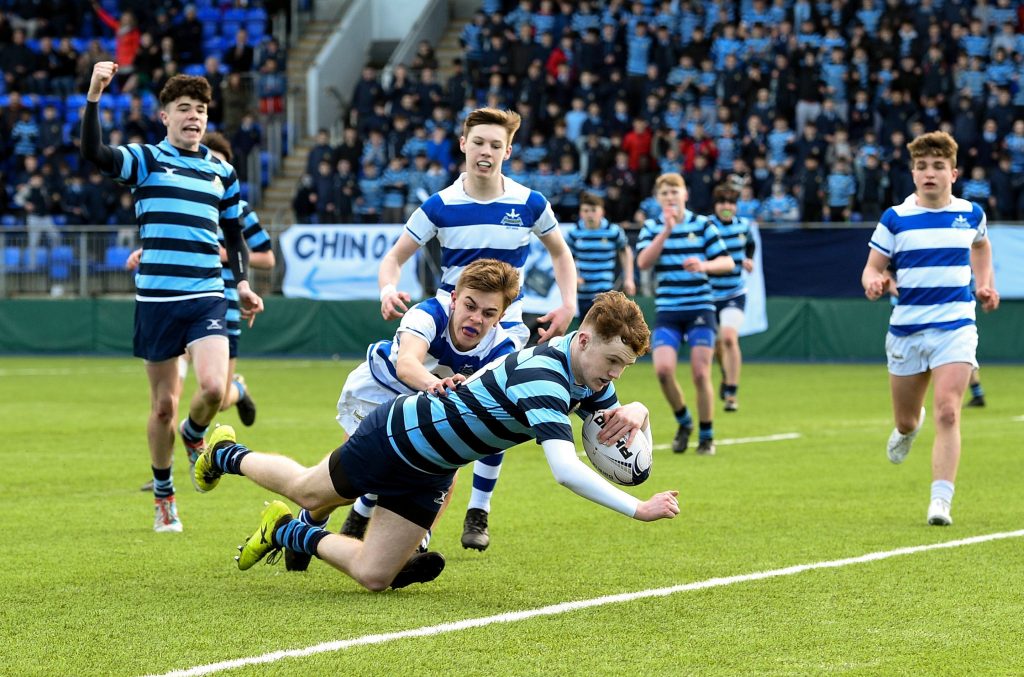