Blackrock Come Out On Top In Clongowes Clash 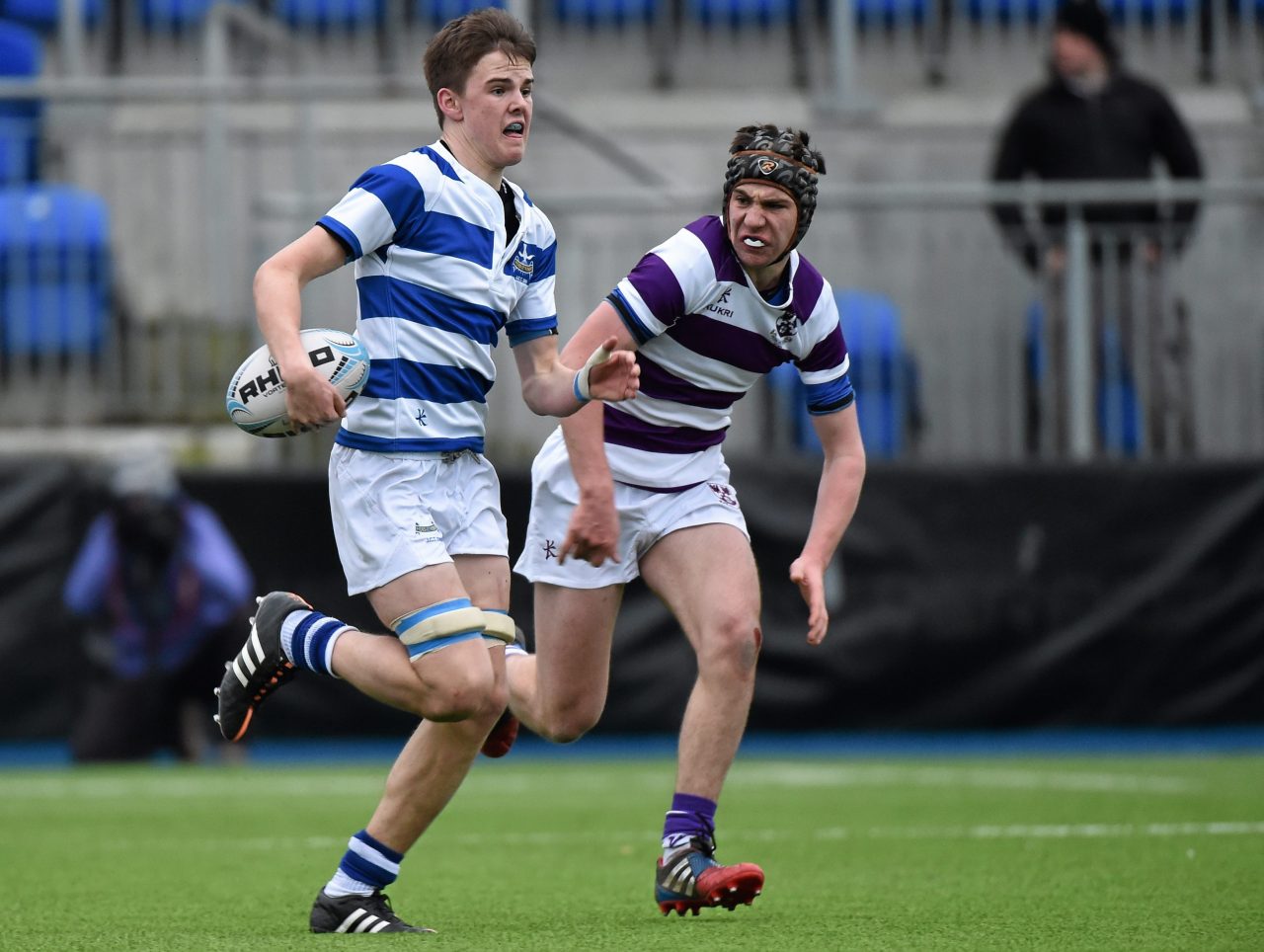 A fast start and a stiff finish was enough for Blackrock to hold out Clongowes Wood in a thrilling Leinster Junior Cup first round tie at Donnybrook on Friday.

This was always going to be a matter of who could assert themselves early.

Clongowes centre Ben O’Shea scattered bodies in front of him from two charges that marked him out as one to watch. From the second, he shot them in front in the fifth minute.

They looked to be away again until ‘Rock centre Liam Turner made a captain’s crunching tackle.

Giuseppe Coyne’s offload as the prop went to floor got ‘Rock going forward before a side entry killed their momentum.

There appeared to be very little on when the ball was moved right by out-half Joey Caputo. Then, right wing Adam Thompson sizzled around the outside and fed Turner for a superb try. Caputo’s conversion made it 7-3 in the 12th minute.

Mistakes were punishable by big gains. An overthrown lineout cost Clongowes ground and, eventually, a penalty slotted by Caputo in the 17th minute.

The electric Turner cut inside and connected with full-back Niall Brady, who put wing David Colgan one-on-one with Adam Mullan. The latter was up to the task.

In the heel of the hunt for a try, Caputo added another three to take Blackrock ten clear in the 24th minute.

Soon, ‘Rock prop Coyne was rampaging through the middle and Turner was just about hauled down by full-back Connell Kennelly.

They were content to clock up the threes as Caputo nailed his third for side-entry into a ruck in the 27th minute.

The holders were in full flow. Number eight Lam McMahon took the space on offer and his speculative pass was almost turned into a five-pointer by scrum-half Louis O’Reilly.

The interplay was taking them forward with prop Coyne a real gem on the ball and Turner’s slick pass put openside Michael McGagh in and Caputo added the extras for 23-3 at the break.

The Purple and Whites had the measure of Blackrock in close. It was when the game moved beyond there that they struggled. They had to score next.

Their impressive second row Daniel Beggs was the man for the job as he brushed off two to splash down at the posts for O’Shea’s conversion to narrow it to 23-10 in the 35th minute.

Blackrock were unfortunate to lose both half-backs Caputo and O’Reilly to injury within the space of two minutes and they were on the verge of leaking when hooker Sean Molony ripped the ball away from Beggs.

The territory belonged to the Clane school; the lead to Blackrock and they had the look of a side that was happy enough to defend their way to the finish line as the minutes moved on.

Clongowes stayed on point. They didn’t tire of driving the ball up and replacement David O’Connor squeezed through a gap for nothing more than a consolation.