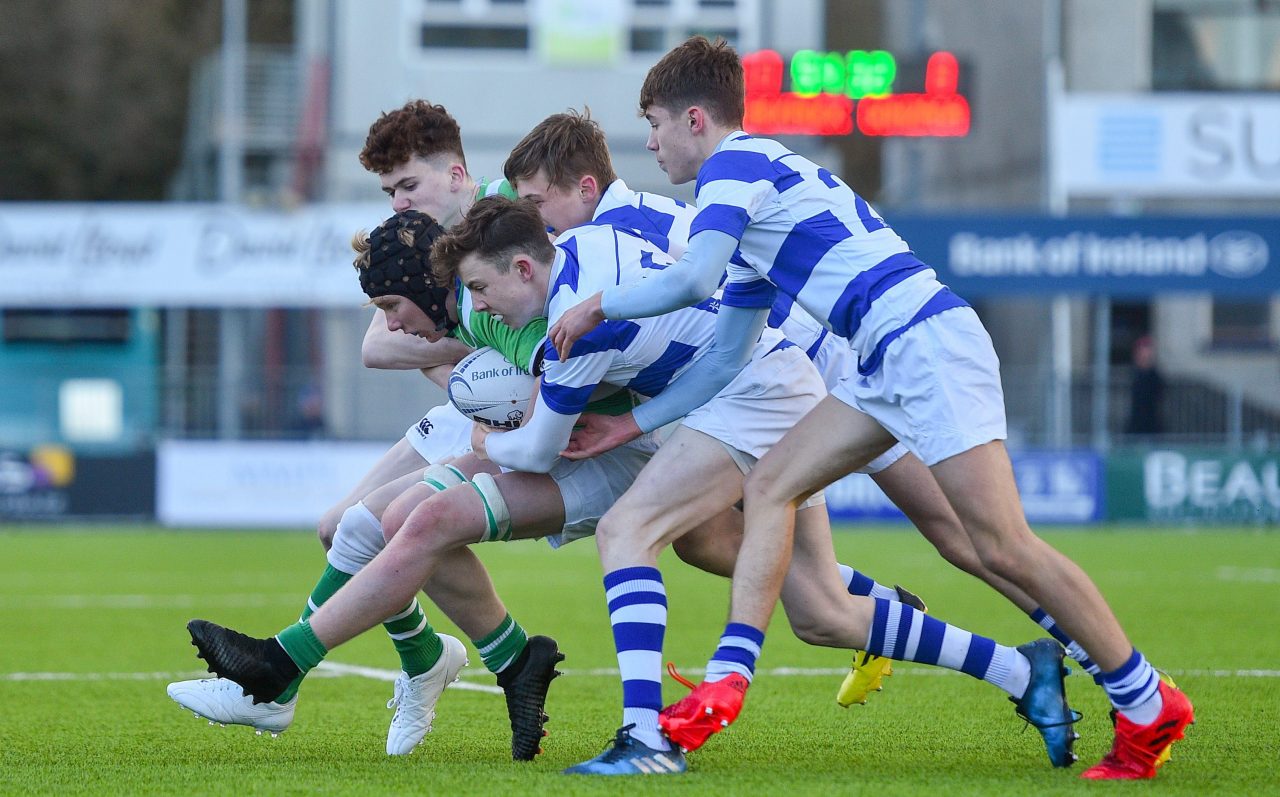 It was clear from the opening stanza that Gonzaga were not there to just make up the numbers in this quarter-final.

They had real physical leaders in captain Arthur Henry, lock Conor Carson and a ravenous back row of Canaan Dalton-Ryan, Tom Cullen and Hugo Fitzgerald. 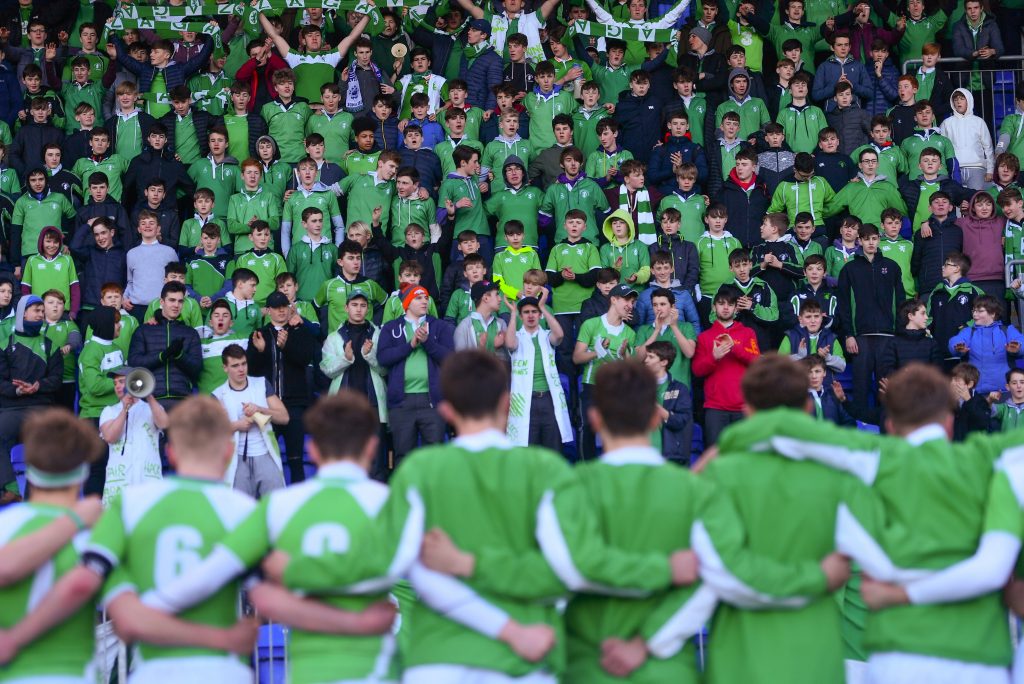 This is not to say that ‘Rock were dominated, even though Gonzaga out-half James Breslin smashed a penalty off the left upright.

The Williamstown school was not as generous when moving into position in the seventh minute when tight-head Scott Barron burst over for the opening try.

The boys in green had the look of a confident side as they went about shaving three points off the difference with a penalty from Breslin in the 20th minute for 5-3 at the break. 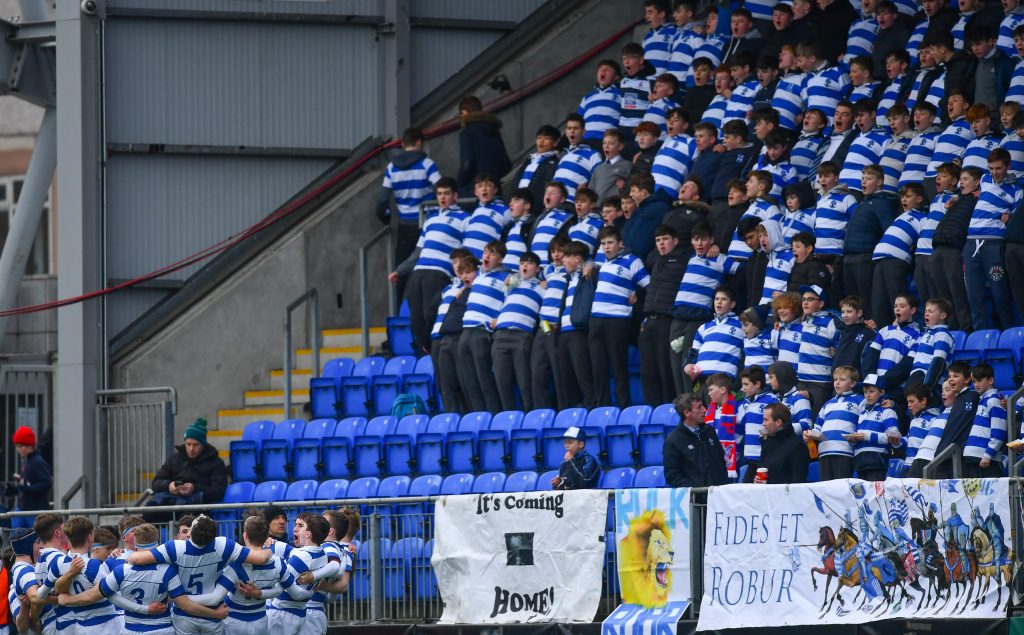 The ‘Zaga crew came out with renewed focus, Breslin benefiting from the work of his forwards.

They made steady progress down the left and tested the fabric of Rock’s defence with their close-in driving which took them all the way to within a metre of the line.

Referee Sam Holt was convinced Blackrock captain Hugh O’Malley deserved to be binned for his part in stopping the surge.

The screams came from the sideline for captain Henry to accept the three points in the shadow of the posts.

He was having none of it.

The tap-and-go was taken up and the ball swiftly moved left for number eight Fitzgerald to find the line for 8-5 in the 38th minute. 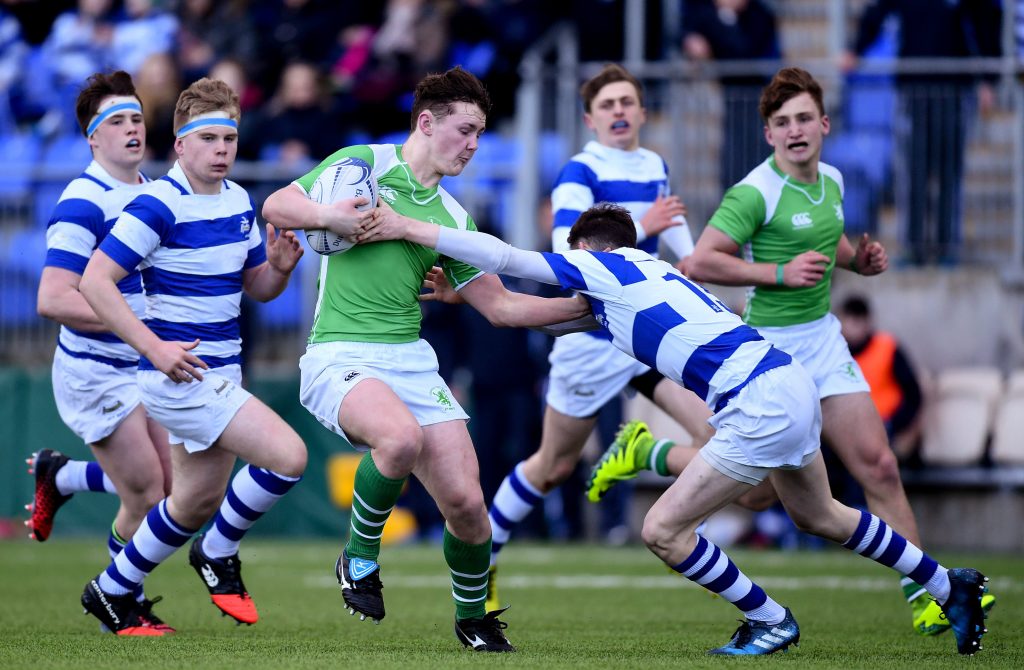 Blackrock had to stomach that for just three minutes when they applied pressure through the run and from a maul for Barron to reclaim the lead with his second try.

This preceded a period of Gonzaga pressure out of which they could not squeeze a score, despite a stupendous break from prop Luke Hammond for 40 metres.

The Blackrock maul got them out of trouble twice before Gonzaga started to rebuild their attack until Henry was binned for making contact with out-half Michael Moloney off the ball.

It was left to Barron to complete his hat-trick when he picked off a drop out in the last minute.