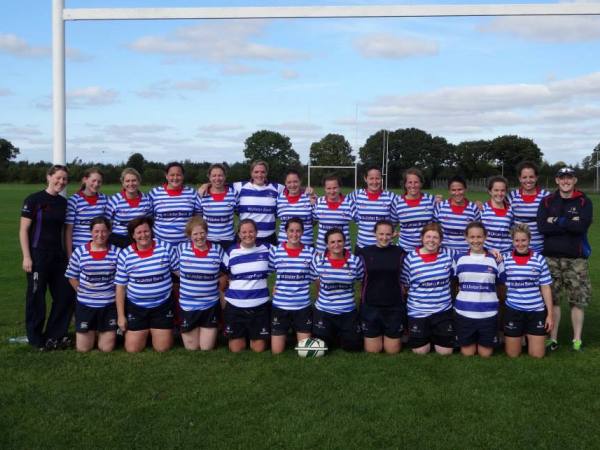 As one of the oldest women’s teams in the country, Blackrock College Ladies boasts a long-running history of International and Provincial achievers. This year, Blackrock are celebrating a 21 year milestone of women’s rugby in the Club. In the past 21 years, more than 70 Blackrock women have competed at Provincial level and close to half of those have gone on to represent Ireland.

The current Blackrock Ladies squad is the home to two international players (who were part of the 2013 Grand Slam Championship winning team), five international 7s squad members, two international touch-rugby players, nine Leinster Women’s Squad members and also two schoolgirls on the Leinster 7s academy. In the past year, the women’s division in the Club has gone from strength to strength.

To acknowledge the great success that women’s rugby has achieved over the years and to celebrate their own 21st Birthday, the Ladies are hosting a ‘Rock Reunion’ on Saturday, 1st February at 8pm in Blackrock College RFC Clubhouse, Stradbrook Road.

All past ladies of the Club, supporters, sponsors, members and current players alike are welcome to join in a toast to their contribution in making not only the Ladies division of the club, but also Ladies rugby in Ireland, the success that it is today.

2013 was the second consecutive year for the Blackrock Ladies to take home the All Ireland Club Sevens Champions Cup. This means they will represent Irish clubs at the prestigious Amsterdam sevens tournament in May of 2014, as they did last year. The Blackrock Ladies Sevens programme is clearly working as they have picked up headline silverware at four of seven tournaments in which they competed in 2013. Training is already underway for 2014 so the women in blue and white stripes will be back on the 7s scene stronger than ever this summer.

Supporters are always welcome and details of our matches are available on our website.

The Blackrock Ladies side are constantly recruiting new players! Any women or schoolgirls who are interested in playing rugby – whether it be sevens, 15s, tag or touch rugby – are invited to come down to training and ‘Give it a Try’.

Find us on the web: www.blackrockcollegerfc.ie