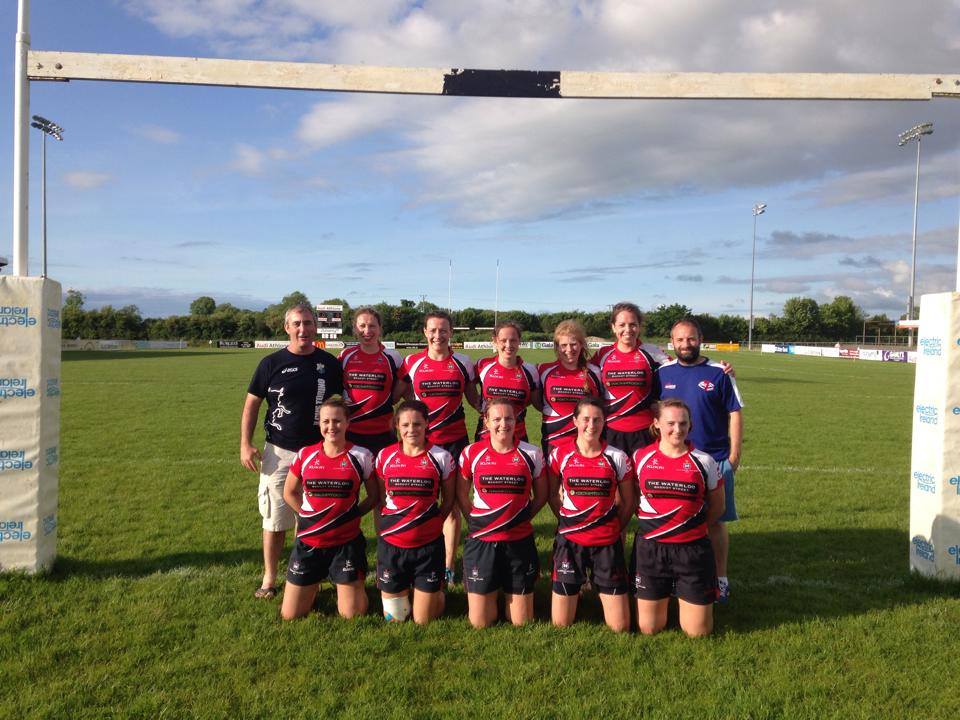 With three pool games to be played in the Elite competition, Railway Union were Blackrock’s first opponents in the Athlone 7s in the City on Saturday, May 31st. The game did not start well as Railway capitalised on a couple of Blackrock mistakes to open the scoring in the first minute. Captain Mel Morey caught the restart and some good play led to Aoife Tyrrell scoring her first of the day. In a clinical performance, five more tries followed from Michelle Claffey with two, Tammy Breen, Morey and Tyrrell again. Kristi Kurg and Katie O’Dea were introduced, Katie for her first taste of 7s tournament rugby, and both made an immediate impression with strong running and good passing. Railway did score again with the last play of the game to leave the final score 32-10 to Blackrock.

After a short break, the second game was against St. Marys on pitch 2. Bridget Lynch impressed as replacement for Katie Norris and while Aoife Tyrrell scored two impressive break away tries early in the game, Blackrock could not replicate the fast paced attacking play from game 1. St. Marys’ good play was rewarded with a try at the end but it was a second victory for Blackrock on a scoreline of 10-5.

With a place in the final now guaranteed, the girls were eager to get back to top form in game 3 against Carlow. Displaying greater depth and patience in attack, tries were scored by Aoife Tyrrell, Carrie Hanley, Michelle Claffey, Tammy Breen and Amy O’Neill. Rose-Alice Murphy helped the forwards dominate at set piece and provided a good link in open play. Better focus and teamwork in defence also led to the first shut-out of the day with the final score being 33-0.

Railway secured victories over Carlow and St. Marys to earn their place in the final and were always going to put up a better challenge than the first game. The Blackrock squad prepared well however and put in their most polished performance of the day to win 19-0. With Katie Norris performing well after recovering from an earlier knock, Blackrock started with great urgency. Michelle Claffey broke a line and finished from half way to open the scoring. Player of the Tournament Amy O’Neill rounded off an excellent team try soon after when a move that began with a scrum in the Blackrock 22 was passed wide to the left and back across to the right for Mel Morey to put the scrum half away to out-pace the Railway defence. Aoife Tyrrell scored the third in the second half to maintain her record of scoring in every game and cap a fine tournament.

After a long day of good rugby, some fine tries and great teamwork, the Blackrock girls were delighted to win the tournament and see Captain Mel Morey accept the winner’s plaque.

The Blackrock Ladies are on the 7s trail once again this weekend, hoping for 2 successful tournaments in a row, as they compete at the Marble City 7s in Kilkenny.