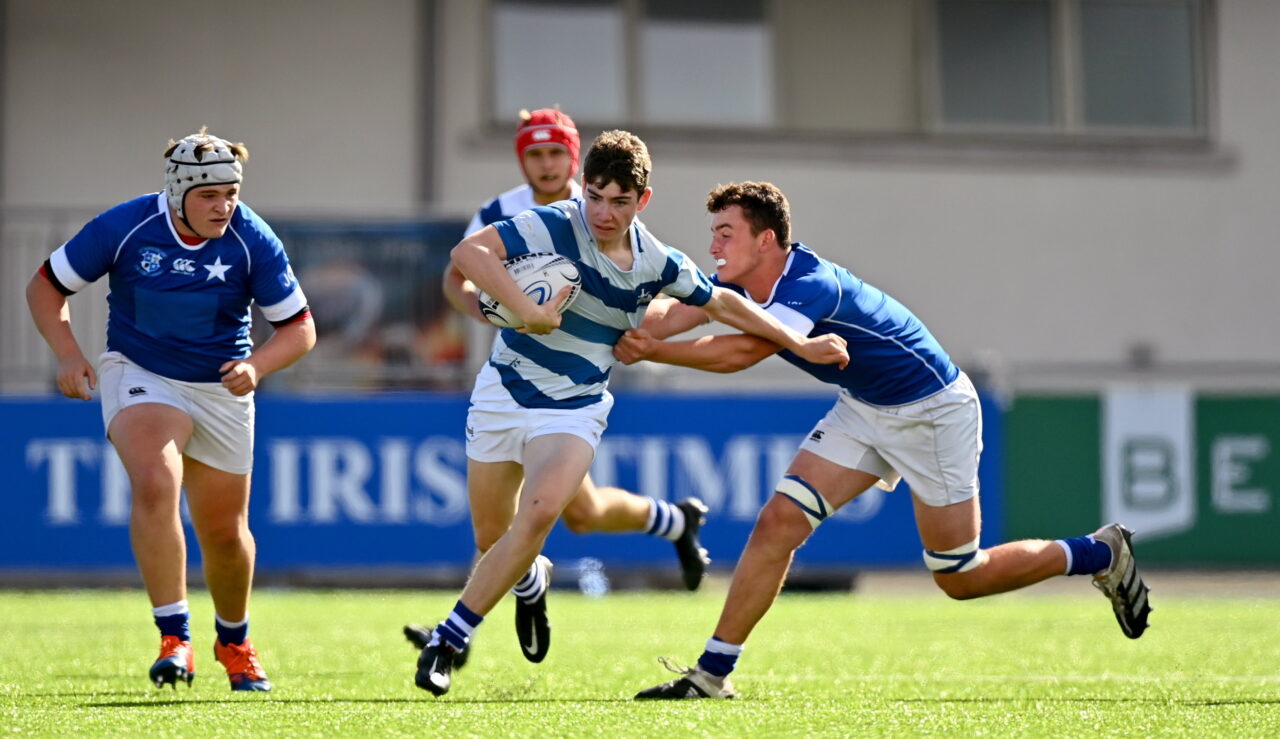 Blackrock College were made to battle for their place in the Bank of Ireland Leinster Junior Cup quarter-final by a spirited St Mary’s at Energia Park.

Despite the limited numbers allowed to attend, the energy of the players and the volume of the crowd was a reminder of what had been missing for so long.

St Mary’s showed no fear of the swirling wind in moving the ball into space for centre Evan Moynihan to tumble a kick into the 22.

Blackrock countered through the aggressive trucking of No 8 Jack Angulo and prop Niall Smyth before their centre Charlie Woodcock had to be alert to cut down Zach Hopkins on the left.

The collisions were being dished out with maximum intent, St Mary’s losing the influential Aaron O’Brien as early as the sixth minute.

The Rathmines school almost broke the deadlock when Thomas Tourish’s pass to Sean Murray-Norton was judged to be forward. No matter, they had field position and impressive operators in out-half Gavin Foley and Moynihan.

However, Blackrock looked solid in defence, the loose forwards Hubie McCarthy and Michael Walsh patrolling the fringes and out-half Conor O’Shaughnessy kicking them out of trouble.

From a scrum, ‘Rock moved with menace up the left, the final pass to Brian O’Flaherty going to ground on the 40-metre line.

Slowly, they grew into the game, O’Flaherty almost escaping and O’Shaughnessy doing just that until taken late by Foley.

The St Mary’s out-half was yellow carded and O’Shaughnessy slotted the lead points in the 20th minute.

An angled Moynihan penalty to touch put St Mary’s on the five-metre line. They had the discipline to stay with the plan, pummelling the whitewash for another penalty and, then, David Leane got the vital downward pressure for the lead in the 23rd minute.

When tight-head Smyth got a head of steam up, Cillian Jacobs was on the spot to poach a penalty. ‘Rock lock Donnacha Maguire responded by earning a decision for solid work in the tackle.

Blackrock made serious inroads every time they went to the edge and O’Shaughnessy kicked them back in front 6-5 when St Mary’s rushed up offside. 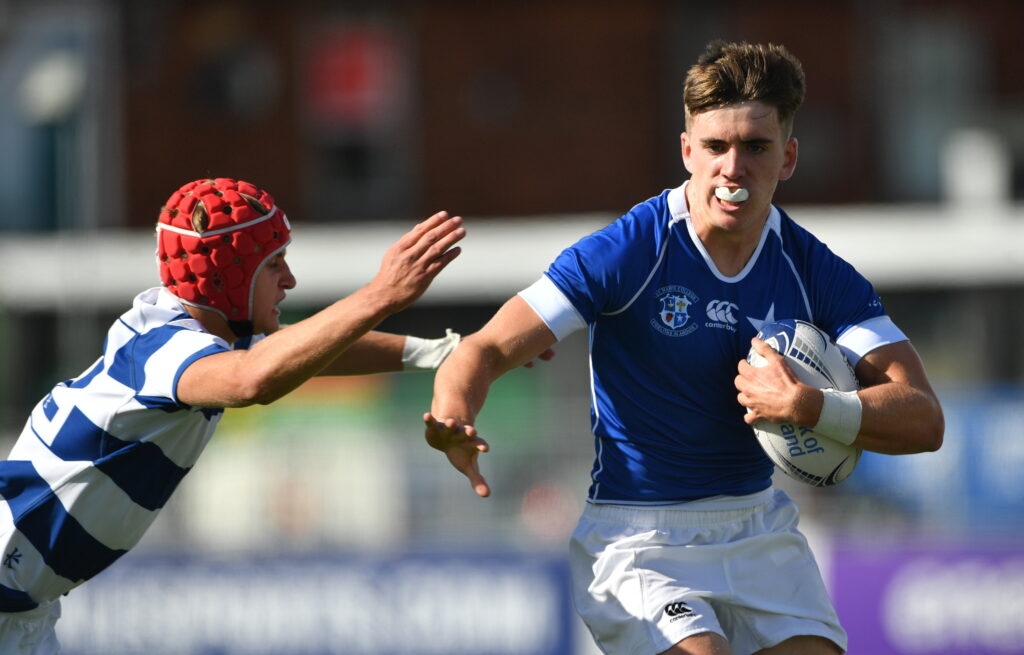 The second period began as the first had, this time Blackrock pressing the action. They peppered the line from a ground-devouring maul for flanker Walsh to score, O’Shaughnessy converting for 13-5 in the 34th minute.

Their confidence was up. Angulo hammered out the metres. Scrum half Seb Shortt was just short of the line and St Mary’s defence forced a mistake.

The passing of Derry Moloney and Charlie Molony caused commotion until Daniel Flynn hit hard in the midfield.

However, the ‘Rock boys stayed patient, O’Shaughnessy’s pass bouncing up into the hands of O’Flaherty for the second try in the 40th minute.

In typical fashion, the deficit was deepened by centre Derry Moloney’s finish to a quick-hitting attack, O’Shaughnessy’s conversion making it 25-5 in the 42nd minute.

A brilliant exchange between Hopkins and Moynihan concluded with the latter bounding over for Jacobs to add the extras in the 48th minute.

There was no miracle coming as Derry Moloney dummied and dived over for another O’Shaughnessy conversion.

Then, the persistence of Foley was evident in how he used a strong fend to set up Jack Halpin for a try, the out-half converted. 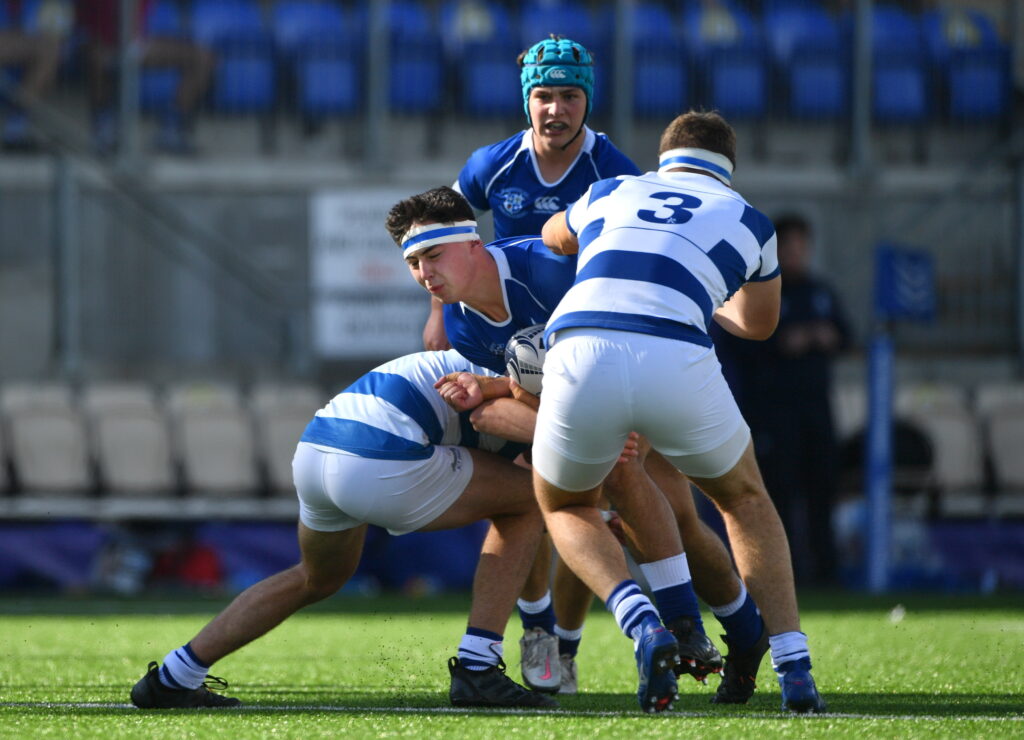