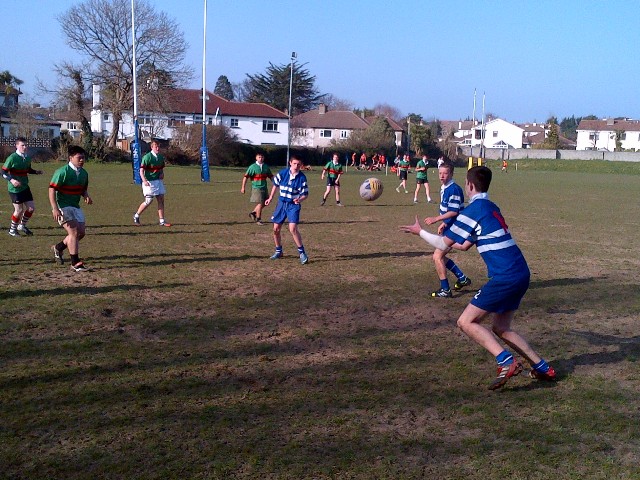 The aim of this 10s tournament in Blackrock Rugby Club was to get kids who may not have played a lot of rugby this season participating in a blitz of fun running rugby, and the event certainly lived up to that with a lot of great tries scored.

Some of the schools that participated included St. Andrew’s, Oatlands College, Sandford, CBC Monkstown and Presentation College Bray. This was also used as a recruitment drive for Blackrock through CCRO Adam Griggs, who has been coaching in the schools, for players who have no affiliation to clubs but want to get involved in rugby as the club looks to get its youth section up and running again.

The eventual winners of the tournament were Pres Bray who played some fine rugby throughout the day and went unbeaten.

Special thanks must go to all the referees on the day, the club for hosting the tournament and serving up food for the hungry players and all the coaches and players who were involved in making the day a great success.

We look forward to next season’s event!