Blessington RFC – An Introduction to the Young Club 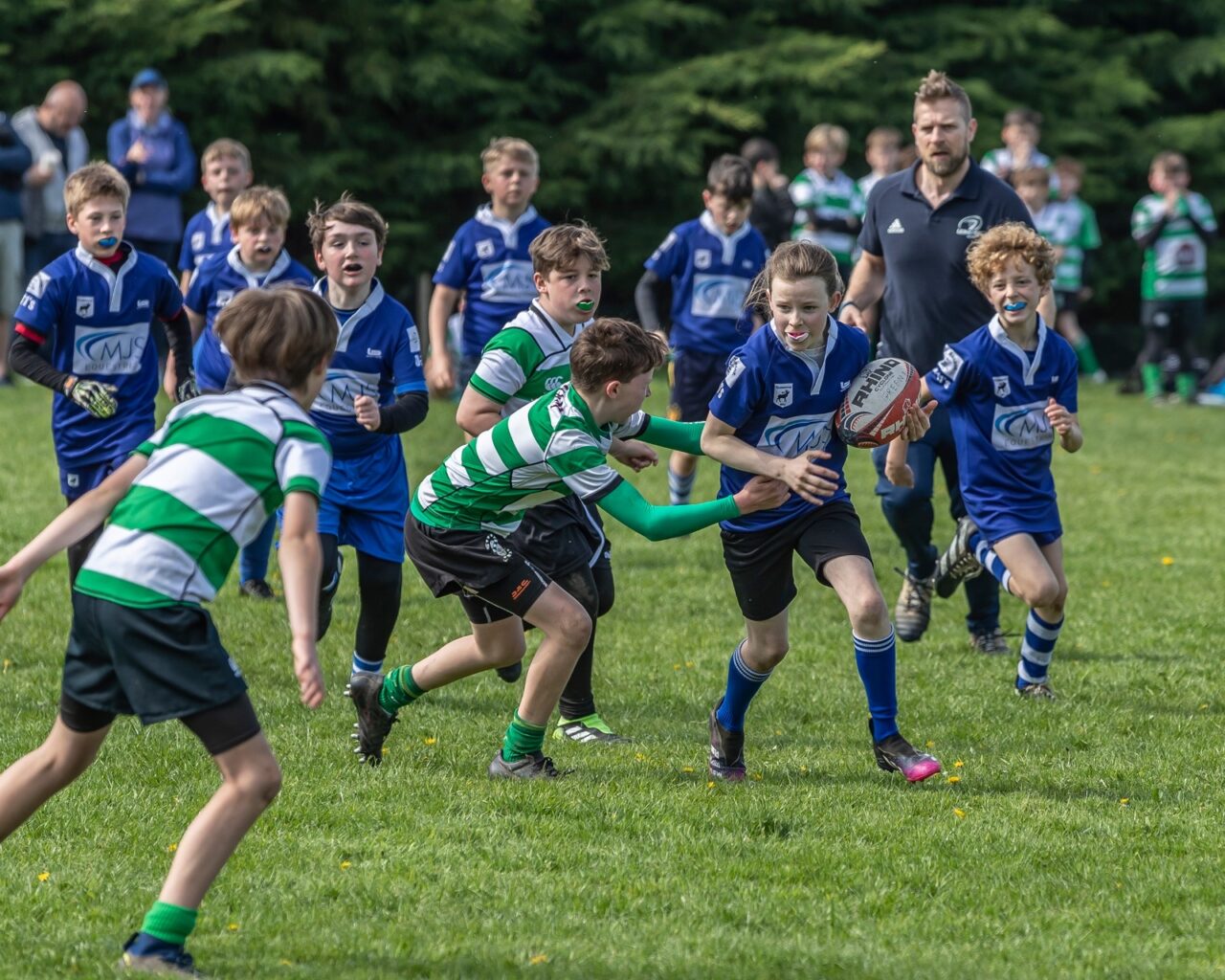 Blessington RFC is a young club which is building from the grassroots up.

As a result, this U-12s team playing during the Bank of Ireland Half-Time Minis at Aviva Stadium this afternoon, will have pride of place when the club’s history is written.

In those early days in 2016, two of our U-12s – Carter and Hugo – were the youngest of the ‘starting fifteen’ kids to join the club six years ago. Now, the club has over 200 kids (tots to U-14s) and the U-12s squad playing today now have 24 players with new recruits Evan and Ryan joining only this year to help numbers even more.

Ryan loves it and said, “in my first game, I managed to score a try. I remember being tackled by a player, but I could see the line and I just said to myself keep pushing, keep driving and I got the ball down. It was an amazing day.” 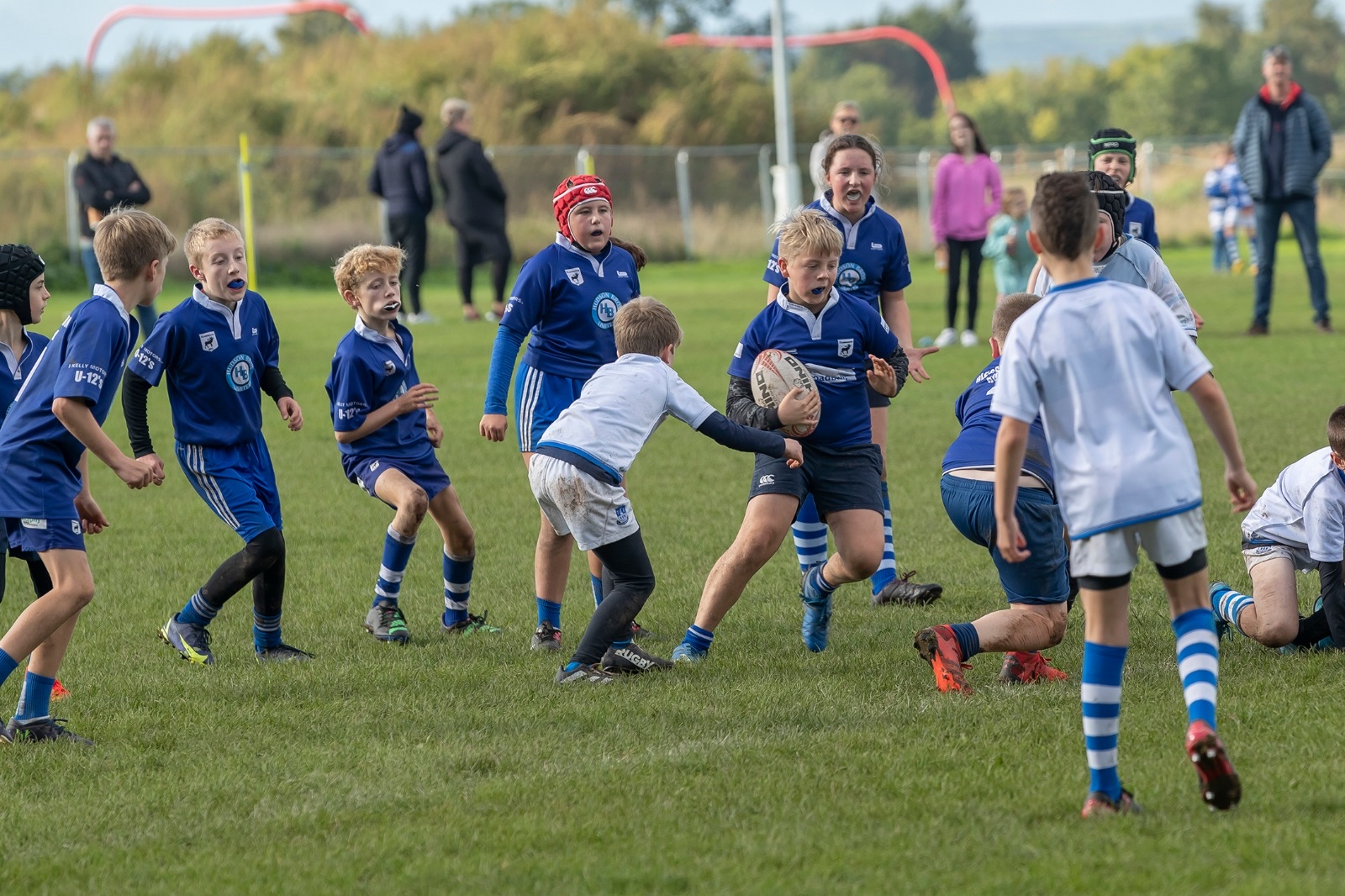 The Blessington Minis play teams across the North Midlands league, and with each match, the team is developing their quick ball technique and teamwork. The hospitality of those teams has been great, and we enjoy hosting them at our pitches in Russborough House, where we train on Tuesday evenings. To say our clubhouse was built in 1752 is fantastic for a new club. Alfred Beit would be proud to know that his commitment to supporting the community continues today.

Many players come from multiple sports backgrounds – GAA, cross country, sailing, fencing, soccer, etc. – while for others, it’s the only sport they are passionate about. Each player brings something different to the team.

Theo, a forward in his second year with the team, said, “I like the atmosphere at rugby. It is a very physical and active sport. It also requires teamwork and we have a strong bond as a team.”

The coaches see this trip to the Aviva as an early graduation ceremony for the boys and girls, as this will be the final season playing together. Next year’s girls team will bring some fantastic talent and speed in wingers Isabelle, Doireann and Lucy; lineout dominators Aoibheann and Brooke; and powerhouse forwards like Tia and team captain Emma.

The Blessington girls’ programme will be great, but players like Lucy are looking further ahead, “I hope one day to play for the women’s Irish Team as a winger and bring home the World Cup.”

It’s a brilliant group of U-12s though! 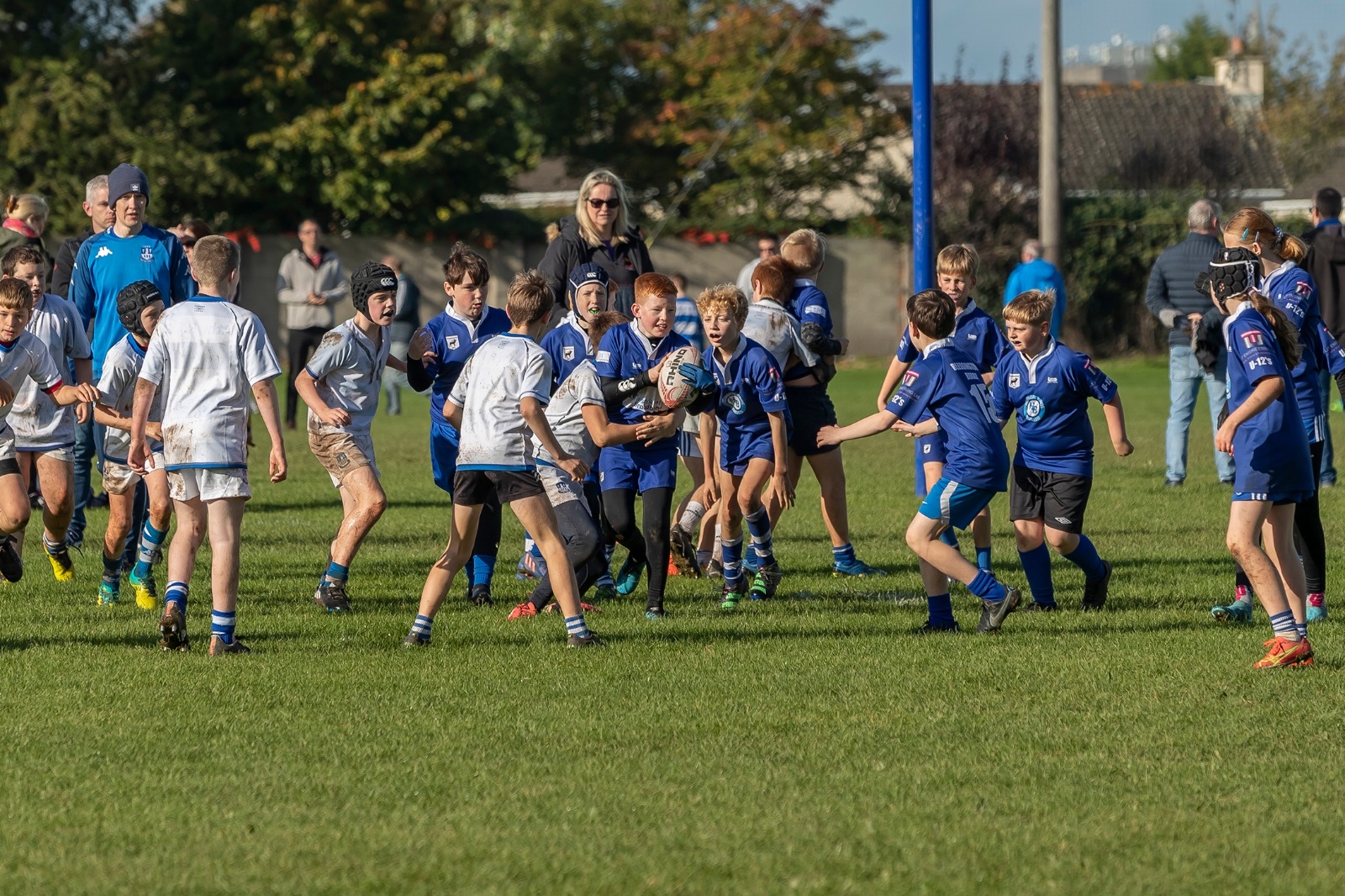 The forwards – Isaac, Aaron, Sam, James, Dylan, Theo – love the pick-and-go opportunities when they arrive. Shane provides plenty of height to let the backs – Charlie, Aaron, Dylan, Evan – apply serious pressure at the kick-off and restarts. While the team’s most confident tackler, Tom, always gives the other pointers and tips when Blessington is defending.

“I love playing rugby for Blessington because it makes me feel happy and encouraged,” said Doireann.

Creating that the right team environment is down to fantastic coaching team made up of Gavin, Tristan, Donal, Sorcha (a member of the Irish ALF Championship team), and Patrick with the expert coordination of Sylvia.

Playing at the Aviva will be a big day, and the team is grateful for the opportunity.

Evan Clery says, “I love representing my club and my town. I would love to play for Leinster, Ireland and the Lions when I grow up. I’m looking forward to playing at the Aviva Stadium for the first time!”

Thanks for hosting us and all the support that Leinster Rugby, particularly Joe Carbery.

It’s a big day for our young club but the memory of a lifetime for these young players…as we’re sure, it will only be the first of many rugby matches they play with pride at the Aviva.