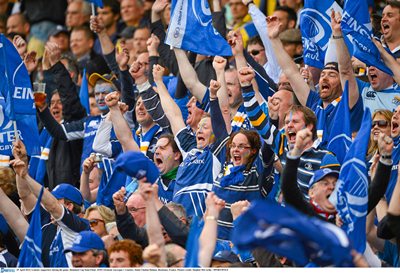 Train timetables and schedules on Sunday 6 April are not kind to supporters, the club is therefore running a special bus from Nice airport to Toulon city centre shortly after the Aer Lingus flight lands at 11.20am

Supporters using the Ryanair flight landing at 10.35am are welcome to take the bus, you will just need to grab a coffee and wait for the Aer Lingus flight.

After the game, the bus will leave Toulon city centre at 8pm sharp driving directly back to Nice airport for the Aer Lingus 11.20pm flight to Dublin.

Seats are limited and there will only be one coach each way due to a shortage of vehicles in the region that weekend. To book you must prepay by sending €;50pp return or €;35pp one way to olsc@leinsterrugby.ie via Paypal with your name and a mobile number (all bookings will be confirmed within 24 hours).