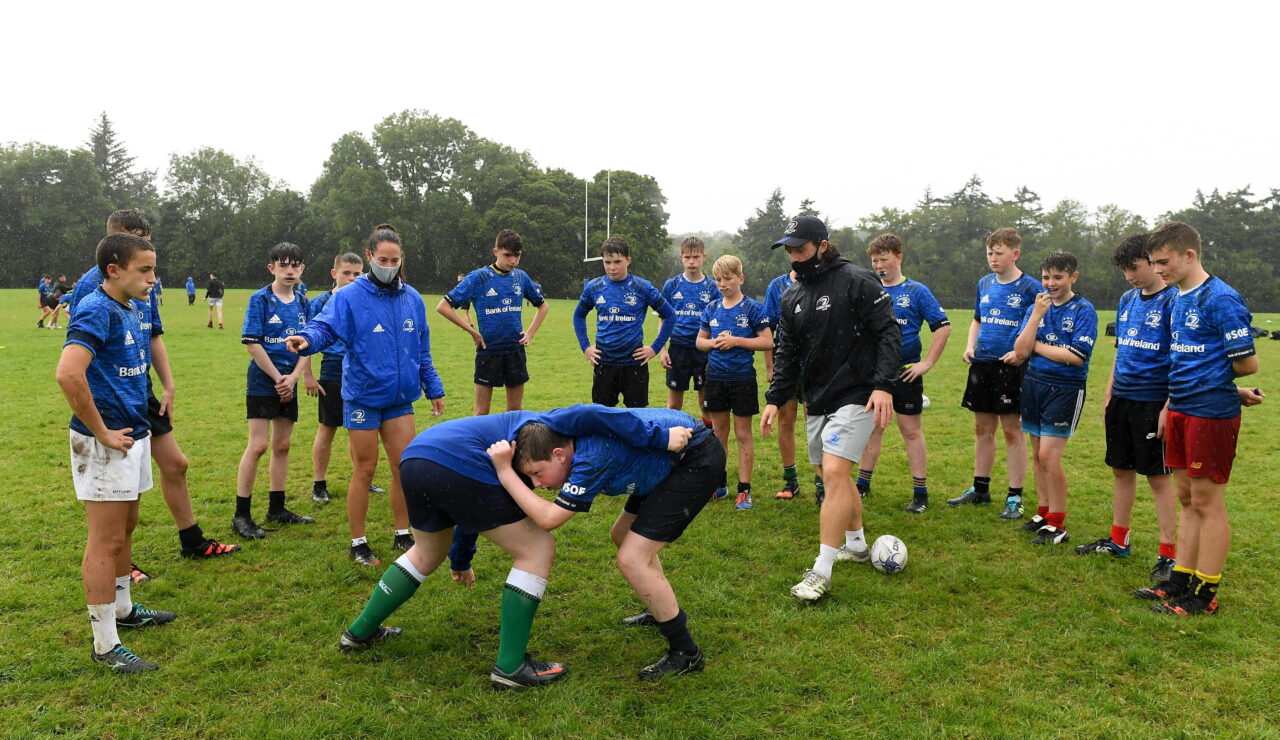 The Bank of Ireland Leinster Rugby School of Excellence returns for its 24th year and will take place in The King’s Hospital for four weeks in July and August 2022.

The School of Excellence camp is one of the most successful rugby camps in Ireland and gives 12 to 17-year-old girls and boys the opportunity to experience what a week in the life of a professional rugby player is like, of course, in a safe and enjoyable manner.

What can participants expect from the Bank of Ireland Leinster Rugby School of Excellence?

On the pitch, players are challenged both technically and tactically over the course of the week, through the game-based approach.

While off the pitch there is daily video analysis and an additional two-hour coaching session on each Friday, with guest speakers visiting the camp each week.

Numbers attending these camps have hit a record high as over 1,000 girls and boys took part in last summer’s School of Excellence camps.

Camp attendees come from all over Ireland and Europe and from countries such as UAE, Canada, Japan and America.

The Bank of Ireland Leinster Rugby School of Excellence is aimed at developing players and fine-tuning their skills.

The content of the camp has been developed to reflect the modern game and as a result has become the highlight of the summer calendar for many young players as they will gain a greater understanding of the game and learn about values such as teamwork, commitment, integrity and communication.

Take advantage of our early bird offer and book your week-long camp for only €449 residential and €349 non-residential until Friday, 4 March.

The price of the camp thereafter is €499 (residential) and €399 (non-residential). We also offer recurring payments.

“This is a fantastic indicator of how players value the week with us and the improvements they make to their game – on and off pitch. Helping the players with all aspects of the game. The programme has been altered as usual to keep improving and deliver the best possible experience to the player – which is what’s most important to Leinster Rugby. We can’t wait to get going!”