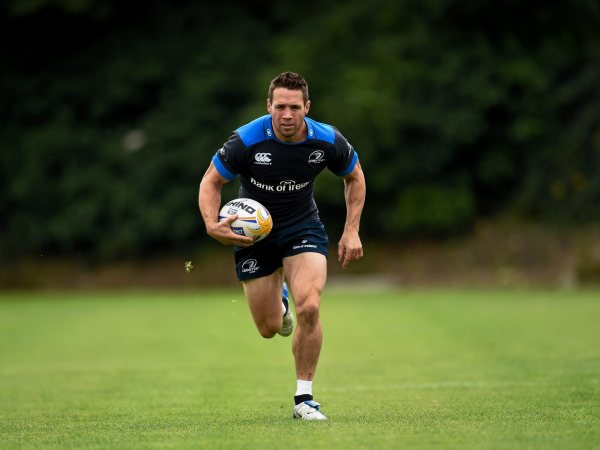 Isaac Boss discusses the long wait for the season to start and the importance of building momentum early.

As long as a summer without Leinster Rugby might feel for supporters, for players the weeks and months without a game can drag on for what feels like an age.

As Cian Healy said on Twitter before the pre-season friendly against Ulster: “No rugby since May…. I’m gonna burst!”

For scrum-half Isaac Boss, the urge to get back to rugby has been just as strong, but he says that pre-season this summer has actually been enjoyable.

“It hasn’t been too bad. I’ve enjoyed pre-season,” the Leinster scrum-half told the media this week.

“The last few weeks I’ve been itching to get going. The last two pre-season games have been good – a little bit of rustiness out and a lot of guys have been coming and going off the pitch, so it’ll be good to get a little bit of regularity, and hopefully strengthen combinations and really bring the result on Saturday (v Glasgow Warriors). Our S&C (strength and conditioning) staff have done a great job. We think we’re peaking at the right time.”

The friendlies against Northampton Saints and Ulster have also been a vital part of Leinster’s pre-season preparations. The match against interprovincial rivals Ulster may have ended in a narrow defeat, but Boss sees the game as an important learning curve before the season kicks off against Glasgow Warriors this weekend.

“Last weekend’s match (v Ulster) was – we definitely noticed – a step up in intensity and physicality from the week before. It was a typical, tight pre-season match. We blew out a few cobwebs and tried a few things that worked and a few things that didn’t work as well. That’s what we’ve got to use to make sure we push forward through these next few games now and try and get a bit of momentum going into the season.”

The first step in building that momentum comes this Saturday in Scotstoun against Glasgow Warriors. Matt O’Connor has already spoken this week about how Leinster will “have to be incredibly physical and incredibly accurate on Saturday to get the result”, and this is a sentiment that Boss shares.

“We’ve both got high aspirations in this league and we’re both very competitive. We’re both going over there for the same reason. I expect a tight battle, a good battle, and hopefully we can be on the right end of it.”

Leinster’s first home match of the new season takes place against Scarlets in the RDS on 13 September (KO 2.40pm). Click here to get your tickets for this match.