Asylum seeker from Botswana lines out for Roscrea RFC 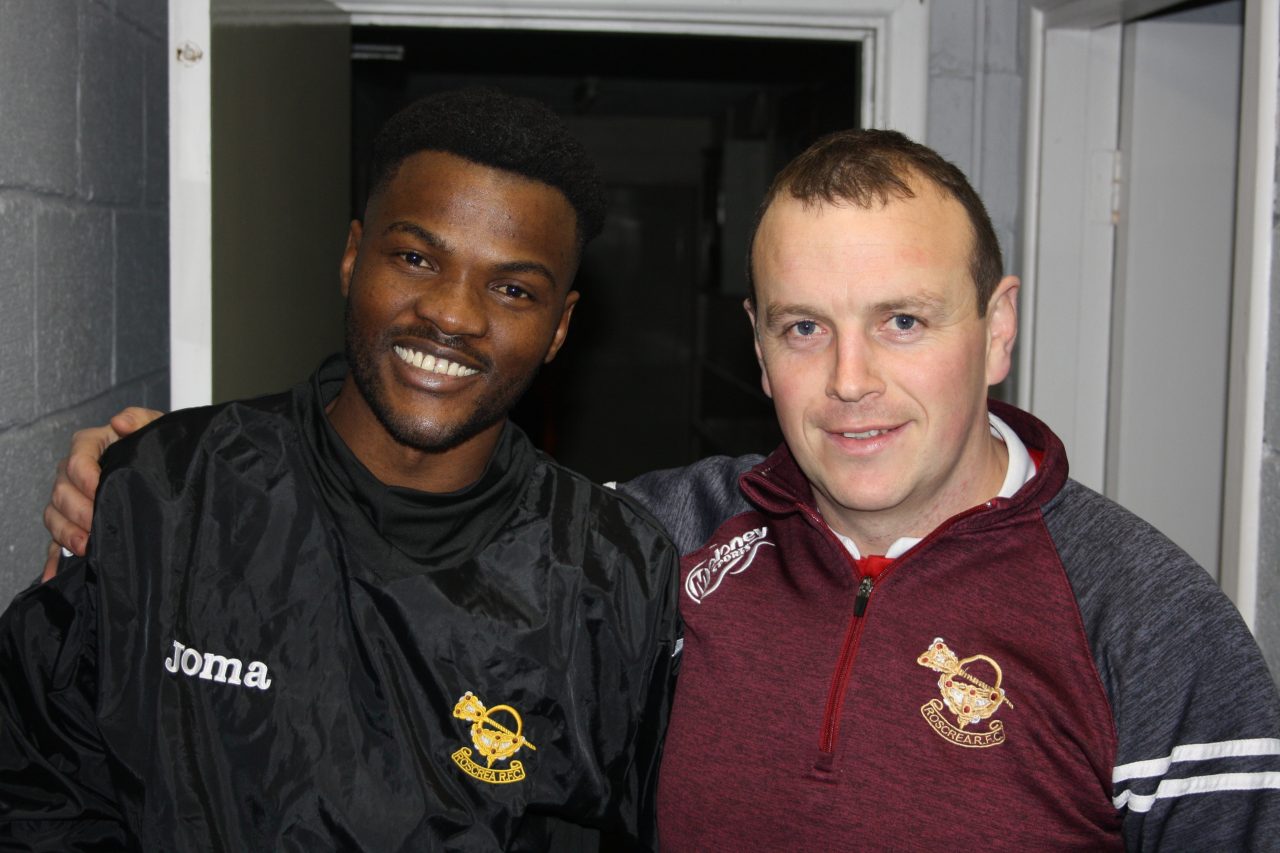 Roscrea Rugby club holds the unusual distinction of being geographically located in the province of Munster but playing rugby in Leinster.

The formation of the club dates back to 1940 and since then it has been an important part of the fabric of the local community. The playing pitches and clubhouse are situated within walking distance of Mount St Joseph Abbey and the Cistercian College for boys, which itself has a fine tradition of playing rugby.

The club caters for boys and girls from six to 18 years of age while also fielding a men’s senior team and is a hive of activity on weeknights for training and every Sunday morning when the pitches are filled with the energetic endeavours of young children excitedly playing rugby.

On Sunday, 8 December, the Roscrea senior team played and were victorious against Athboy RFC in a Leinster League Division 3 fixture.

At the halfway mark of the season they enter the Christmas break sitting top of the league having won all nine of their games. Impressive consistency indeed and just rewards for their endeavours.

However, the result and subsequent winning record was not the most interesting thing about this game.

During the second half with the game still in the balance, Roscrea brought on as a substitute a newly registered player by the name of Phenyo Ketsitlile who duly helped the team hold on for the win.

Phenyo, or ‘Rob’ as he is now called by his new teammates, is from the African state of Botswana and has come to Ireland as a guest of the state and is seeking asylum while living in direct provision in the small Offaly village of Dunkerrin.

He cannot legally work, as is the law, but he wants to contribute and find a way to integrate into what he hopes will someday be his home.

He immediately offered to collect Phenyo and drive him to training himself.

“When he arrived that first night it was a bit of a novelty for the other players, but they very quickly discovered that Phenyo could actually play,” John explains. “They welcomed him with open arms, the lads were brilliant and were delighted to meet him and hear his story.”

Without hesitation the team embraced and encouraged the new addition, with players providing him with gear, organising transport and looking after any costs. Hopefully Phenyo is the first of many who will discover that playing rugby is a possible door that opens a path to integration.

Sport is a wonderful and truly effective way of breaking down barriers and bringing people of all backgrounds and status together for a collective positive purpose.

Roscrea Rugby Club and their senior coach John Maher are a beacon for that admirable philosophy and as such they deserve universal credit for their actions!