Boyne get set for Historic Day this Saturday… 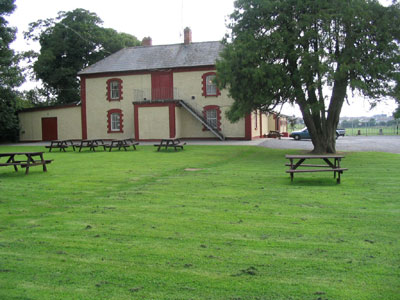 Rugby, in and around the town of Drogheda, can be traced back to the latter part of the 19th century when games are on record in the local press as having taken place between Drogheda and County Louth rivals, Dundalk…

Rather ironically, these games were played close to the present home of Boyne RFC, Shamrock Lodge on the Ballymakenny Road. The oval ball game was very much in its embryonic stage when the men from the two prime towns in the county of Louth engaged each other in friendly encounters.

The mentors and players, who were part of these games at that time, established the game in both towns and in the county of Louth. The third major town in the county, Ardee, also took up playing the game in the 1980’s to increase the number of clubs in Louth to three.

The ambition of playing senior rugby was the dream of every club and player who played Junior rugby and many went did go on to achieve this great honour from Boyne, Delvin and Drogheda.

In the late 1980’s both Delvin and Drogheda RFC’s set up what was to become, one of the best youth development systems in the country. Both clubs, between them, won every honour in Leinster youth’s rugby. However, this success was to cause the club’s some concern, with their young players heading off to senior clubs to follow their ambitions of playing at that level and as we now know, great honours were to ensue with many senior club’s, province’s and country.

During this period, the list was endless and names that attained national honours and mention were, Shane Horgan, Mark McHugh, Martin McPhail, Declan Quinn, Jeffrey Finnegan, Eoin Collins, Niall Ronan and Shane Monahan along many more who achieved tremendous success by playing for senior clubs.

With both clubs at that time reviewing their respective options, it was inevitable that they should get together and discuss the future of rugby in Drogheda and the surrounding area. What resulted was the formation of Boyne Rugby Football Club.

The aim of the founding members was to consolidate rugby in the area by holding on to their prominent players and, ultimately, achieve the aspiration of promotion to senior rugby.

Their foresight has been richly rewarded and Shamrock Lodge will witness history in the making when Boyne play their first Ulster Bank All Ireland League match against Connemara RFC on Saturday, 9th October at 2:30pm.

Boyne President, James Tallon, says; ‘This is a day that we have long awaited. We intend to make it a special occasion and will have plenty of side shows which will involve all aspects of the clubs activity. Now that we are competing at this level, we are hoping to get good support for our home matches at Shamrock Lodge in the Ulster Bank All Ireland League. We will now have teams and their supporters from all over the country coming to Drogheda for games which will benefit the town’s economy greatly. We are working very hard to improve the clubs facilities to complement the wonderful achievement of Craig McGrath and the players who have got us to this stage’.

Boyne RFC are now catering for huge numbers at mini and youth level. As Vice President and Treasurer, Reggie McHugh, points out, ‘The popularity of the game has increased enormously in recent years with the success of Leinster in the Heineken Cup and of course, the national team. We now have over 300 children at mini’s training every Saturday morning and have youth teams from Under-13 up to Under-21 levels. We also have three adult teams comprising of Senior, Junior 1 & 2, a total of 20 teams representing Boyne RFC on a weekly basis.

“Our membership has also rocketed in recent years and our executive committee has had to structure the club accordingly. This is a serious challenge in today’s economic climate and we welcome support from all quarters and sections of the commercial and community areas to continue the task’.

So, Boyne will be hoping to mark the occasion of their first Ulster Bank All Ireland league game with a marvellous turnout from their members and rugby enthusiasts from the area on Saturday at 2:30pm when Boyne create history at Shamrock Lodge by playing their first senior game against seasoned AIL campaigners, Connemara RFC.