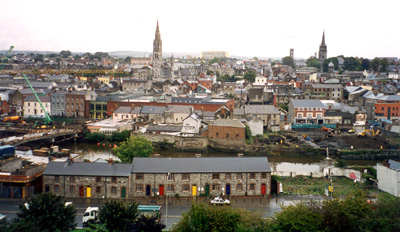 This can be attributed to a number of factors, the great success of Leinster Rugby, the progression of local players such as Shane Horgan, Niall Ronan and Mark McHugh who have all tasted International rugby.

However, the success of Boyne has been the most significant factor in raising the rugby tempo in the area and the tremendous success that Kiwi coach, Craig McGrath, has engendered in the club.

The advent of senior rugby next season has created a serious “buzz” in the town and the club have initiated plans to upgrade their facilities for the future. One of the most significant moves the club has made over the years is bringing the game into the primary and secondary schools in the area.

As the largest boy’s College in Drogheda, with over 600 pupils, and also the College in closest proximity to the clubs facilities on the Ballymakenny Road, Boyne have long sought to facilitate having rugby played in this College.

A meeting between the headmaster and members of the clubs youth and rugby committees recently agreed that a Junior Cup cycle team would start training in the first week in September and a first year team would start shortly thereafter. Many of the past pupils have played rugby and were very prominent in youths rugby down through the years.

This now means Drogheda will have four Colleges playing rugby in 2011/12, Drogheda Grammar, St. Mary’s, St. Oliver’s C.C. and St. Joseph’s and there are already discussions under way about the running of a Drogheda Colleges League in the autumn.