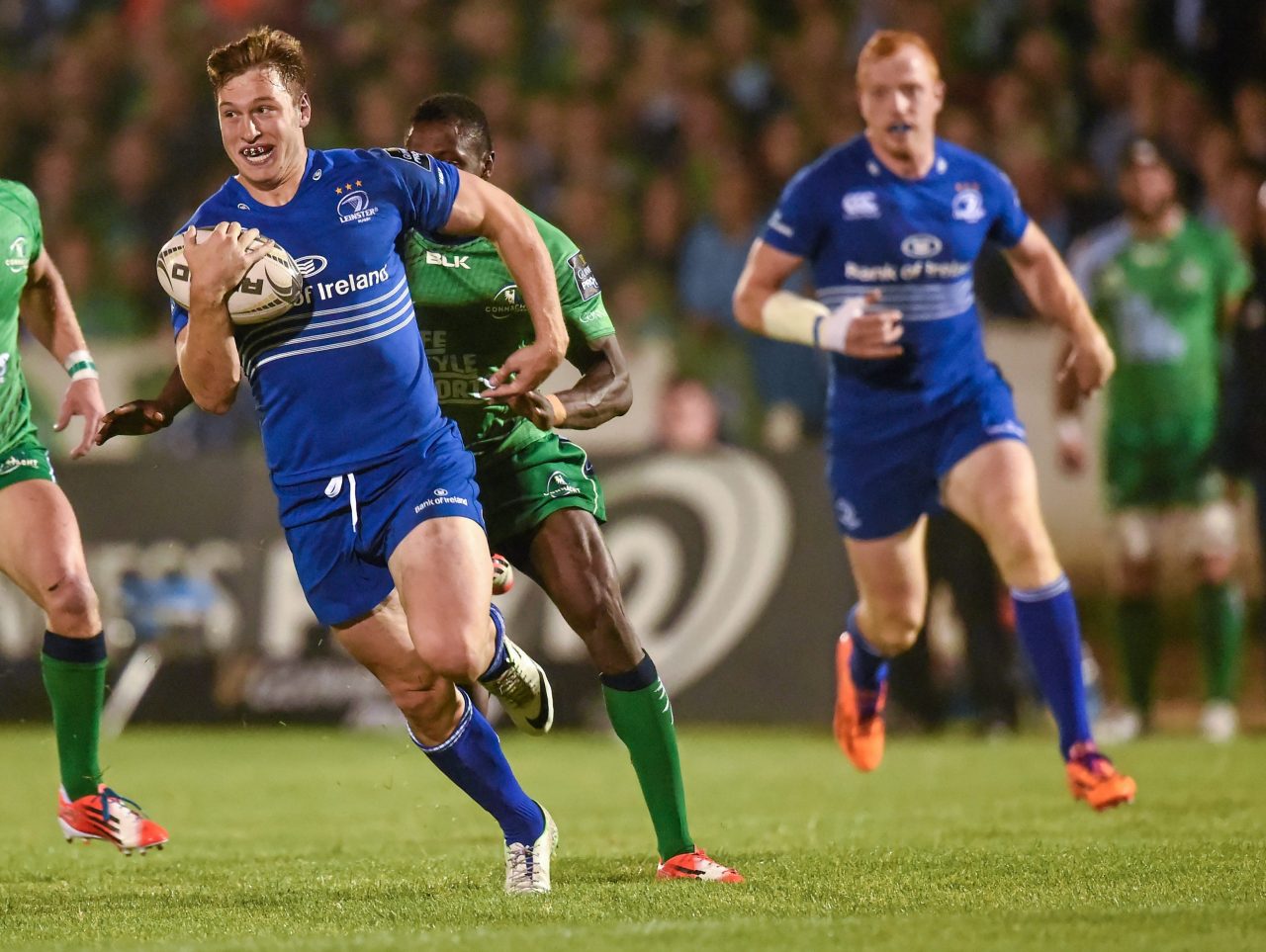 Gloucester Rugby this morning confirmed the signing of Leinster Rugby centre Brendan Macken on loan until the end of the season.

The 23 year old came through the Leinster Rugby Academy and was in Blackrock College before that. He has represented Ireland at U20 level and also played for Emerging Ireland in their 2014 IRB Nations Cup win in Romania.

Since making his debut at Glasgow Warriors in the 2009-10 season, Macken has gone on to make 46 appearances for Leinster, scoring six tries in the process and has played five times for Leinster this season. His last game was in November in the 24-24 draw away to Benetton Treviso.

Speaking to leinsterrugby.ie, Leinster Rugby head coach Matt O’Connor explained, “this is a good opportunity for Brendan to get some game time. The reality is that we have a very competitive environment here and Brendan is a young player who wants to play on a regular basis to improve and kick on to the next level. There is an opportunity for him at Gloucester to get that game time between now and the end of the season and I think it’s an arrangement that will benefit everyone. We wish Brendan the very best of luck with the move.”

Gloucester Director of Rugby, David Humphreys explained the reasons for the move.

“We are currently without a number of backs for various reasons, and we have a number of important fixtures coming up in the remaining weeks of the season. I know Brendan very well from my Guinness PRO12 days. He is a talented young player who will bring both pace and a physical presence to the midfield. He will arrive in the next couple of days and start training next week.

“Brendan will be a very useful addition to the squad over the next few months, and we’re very grateful to Leinster for their support in allowing him to join us on loan.”

Matt O’Connor also confirmed this morning that prop Jamie Hagan has returned to London Irish after completing his loan period with Leinster Rugby. Since arriving in November, Jamie has played four times for Leinster, three times in the Guinness PRO12 and once in the Champions Cup.

“Our injury problems have been well documented at this stage and it was great to call on a player of Jamie’s experience and knowledge of the Leinster set up to provide that extra back up especially when we lost Ed Byrne. We are very grateful to Jamie and indeed London Irish for their help in that regard and to Jamie for his contribution during his time here.”