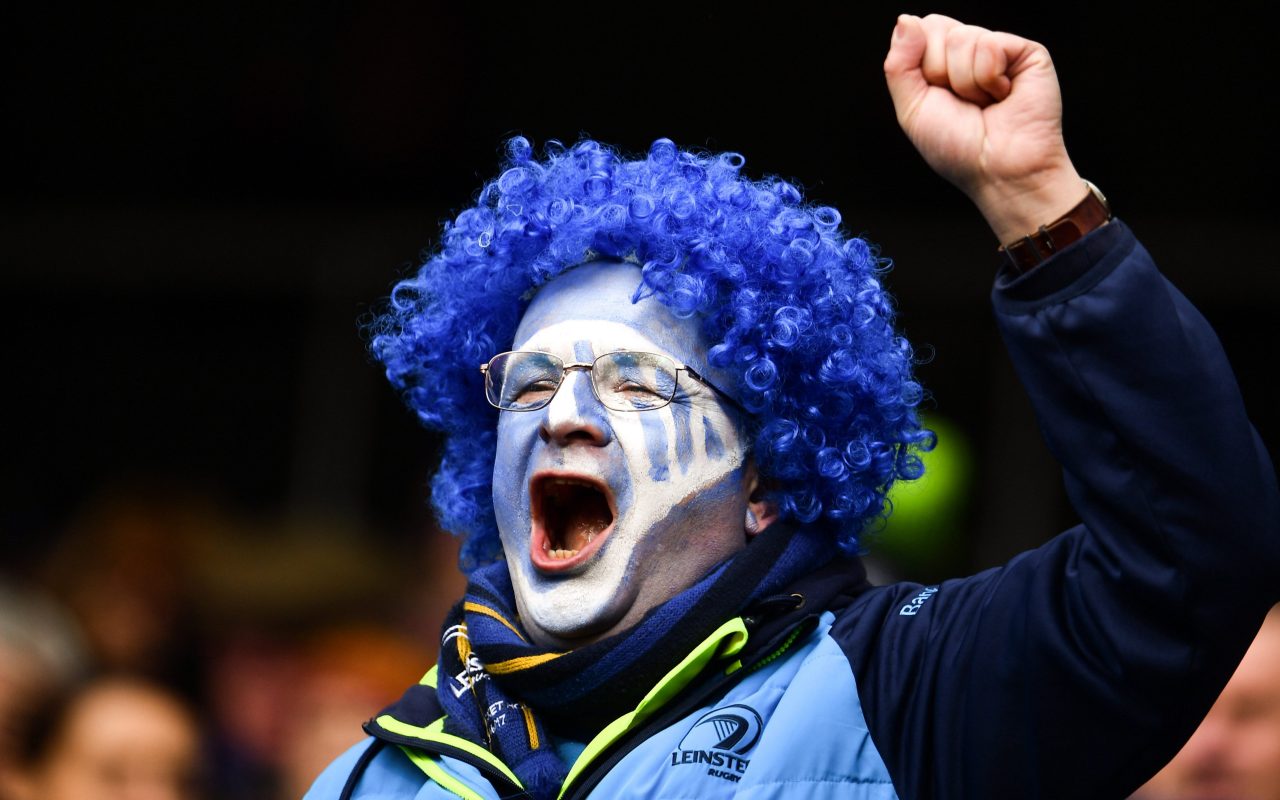 Leinster v Munster returns to the RDS Arena on Saturday for our Guinness PRO14 semi-final (KO 3.15pm, live Sky Sports & TG4). It will be the first time the provinces have played each other at the RDS since May 2010.

As far as games held at the RDS go, it doesn’t get much bigger than this.

The smaller capacity is more intimate but with a near full allocation being taken by the opposition, the of red of Munster will be very visible.

The OLSC encourages Leinster supporters to get to the ground early. The team bus will be arrive via the Simmonscourt Road at 1.45pm.

It’s vital that you bring and wear as much blue as you can.

Over the years the OLSC has handed out thousands of flags in both the RDS and Aviva Stadium. While we’ll have a limited number in the ground on Saturday please bring what you can from home.

You can pick up a sparkly beret or blue afro wig for just €5 before and after the game from the Laighin Out Supporters bar. Located under the clock tower as you walk away from the Anglesea Stand through the food concessions. The Club shop accepts cash, cards and contactless.

It’s also the last opportunity to pick up a stadium blanket, priced at €25.