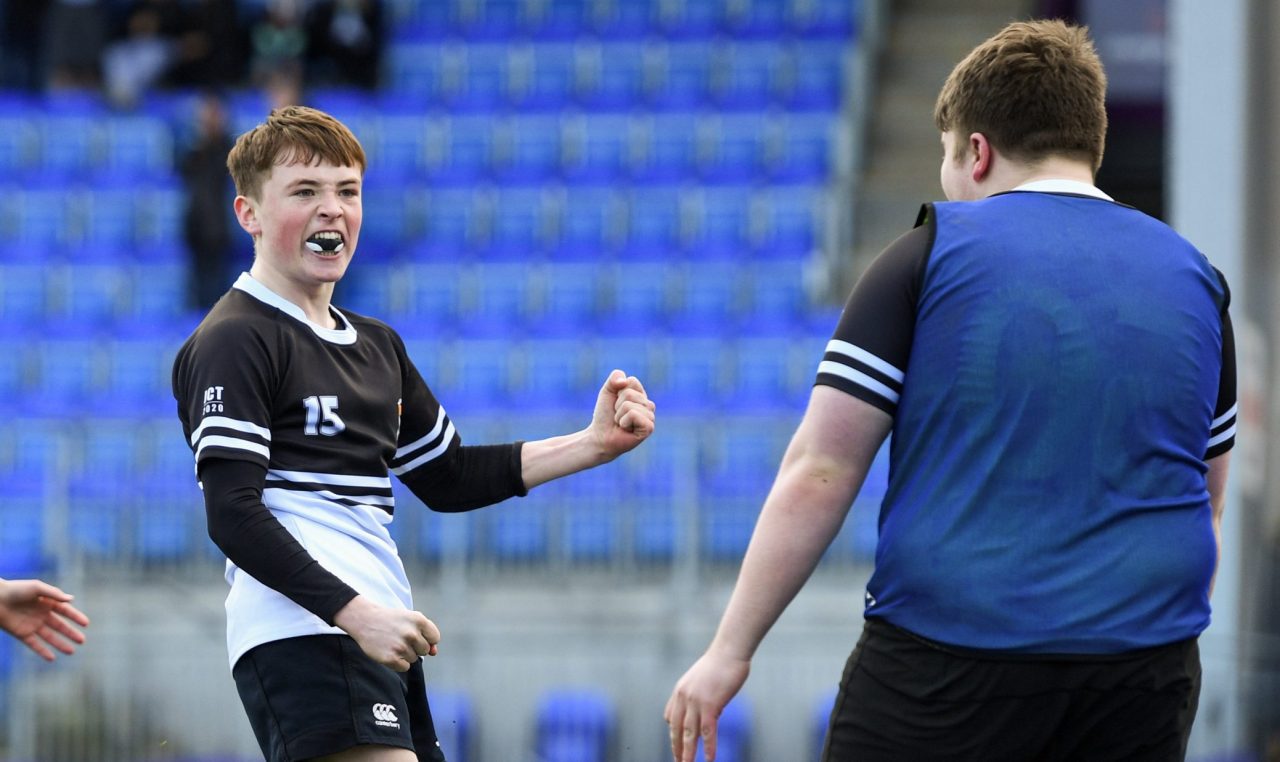 Newbridge College could be on course for a double after their Junior Cup team have also booked their place in the final, mirroring the achievement of their Senior equivalent.

In today’s Bank of Ireland Leinster Schools Junior Cup semi-final against Terenure College, a try from Tadhg Brophy in the last play of the game claimed a 24-19 victory for Newbridge.

The diminutive full back broke free to clinch the win with the clock in the red, scoring his second try of the afternoon at Energia Park.

It hadn’t all been going their way as Terenure had been in front at the midway point thanks to the powerful midfield duo of Yousif Ajina and Harvey O’Leary.

The Kildare school struck first when a quick break from outhalf Paddy Taylor supported by Adam Larkin-Smithers had almost opened the scoring early on but a last-gasp tackle and turnover from Terenure delayed the inevitable.

However, they quickly won back possession and centre Harry Farrell drove over from close range. Andrew Carroll’s conversion gave Newbridge a 7-0 lead just before the end of the fifth minute.

The D6W boys were forced to bring it up a notch and a couple of infringements allowed them into the corner via the boot of O’Leary.

Ajina was denied on more than one occasion as he angled for the line before lock Eamon Geraghty managed to squeeze through. O’Leary converted to regain parity.

Paul Swords was dictating play well from scrum half for ‘Nure, stretching Newbridge in their own ’22’.

It was from an opening created by Swords that their second try came, Ajina this time dotting down.

The lead quickly changed hands at the beginning of the second half with Newbridge getting a dream start to the new period.

Farrell, again tormentor-in-chief, gained possession just outside his own ’22’ and darted outside before getting to his own chip and chase first and controlling to score. Another Carroll conversion gave them a two-point advantage.

And it got even better for Newbridge when Brophy stole a march on the ‘Nure defence in the 37th minute, going in for their third try.

Terenure’s attempts to claw their way back began with Charlie Redmond-Murray and Matthew Somerville both being held up over the line in successive drives.

Ruairí Byrne’s yellow card in the 49th minute had Newbridge at a disadvantage and despite the best efforts of John Collins, who made two big stops, Ajina was in for a second. O’Leary’s conversion made drew ‘Nure level once more.

Replacement outhalf Rory King almost had ‘Nure ahead in the 56th minute when he was quickest to his own kick but he was deemed to knock the ball on in his attempt to ground.

Despite Terenure keeping the ball in that corner, hooker John Sheedy won a big penalty for Newbridge to relieve some of the pressure.

And then Brophy made one last surge into the ‘Nure half where he couldn’t be caught to book their place in the final.