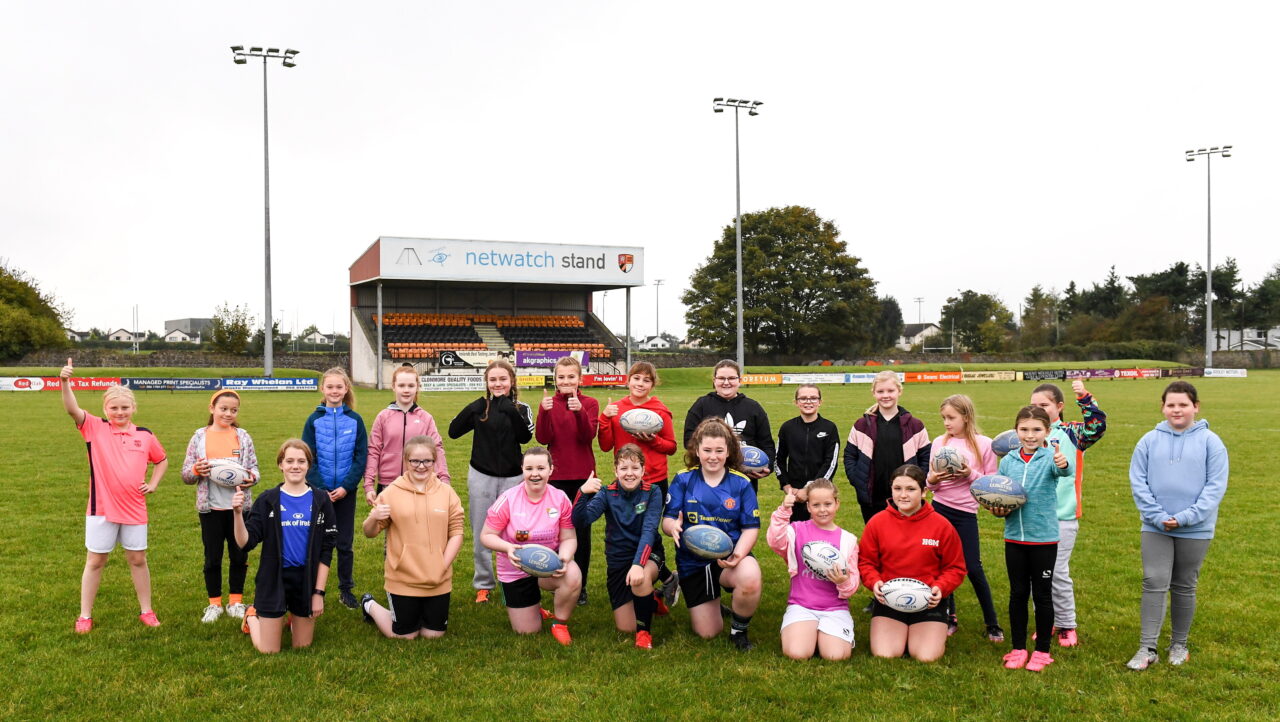 In 2020, Carlow and Tullow amalgamated, combining their U-14 girls teams. The management and coaches allowed the girls to pick the name of the team, where they agreed on The Rhinos.

At the start of the season, there were 15 players and by the end there were 22 players on the pitch.

After a season review, Carlow and Tullow committed to a three-year plan to join the U-14 and U-16 girls teams. The strategy is proving fruitful with both sides winning their first ever games playing as The Rhinos.

To ensure the development of The Rhinos is sustainable, it is important to have players progressing from minis into youths rugby in the clubs. 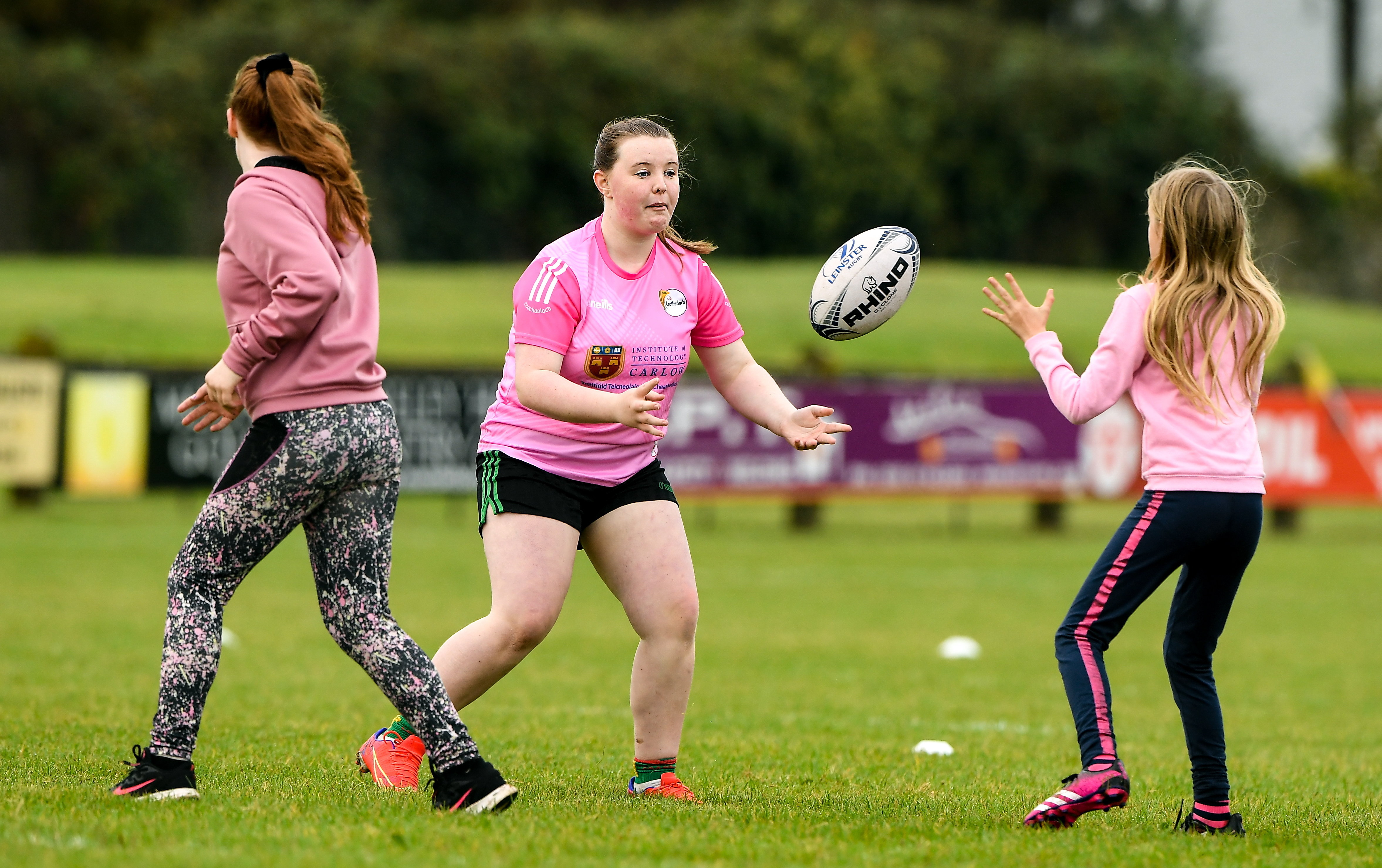 This year Carlow’s CCRO (Club Community Rugby Officer) Gavin Whitney worked with the three all-girl schools in the area early in the year.

The idea was to get more mini girls into the club with the plan to form a mini girls rugby team. The three schools  targeted were Scoil Mhuire Gan Smál Carlow, Askea Girls and Queen of the Universe.

The schools have offered excellent support by having the non-contact rugby sessions in the schools. The three schools have all expressed interest in attending an all-girls blitz after mid-term.

It was a fantastic morning with over 20 girls in attendance to give rugby a try for the first time outside of their school, with new girls joining the club. 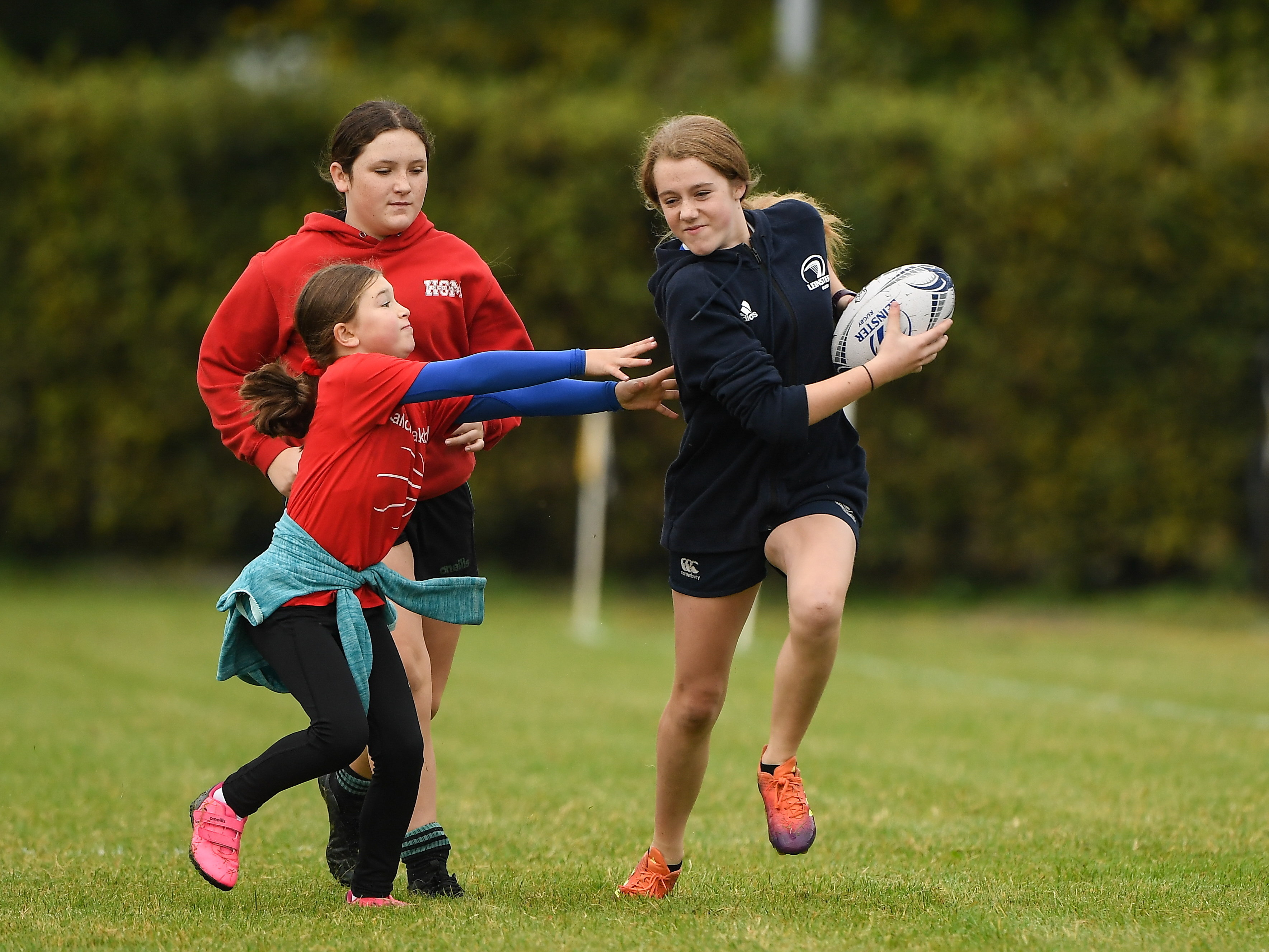 With thanks to the schools, who were crucial in driving great numbers to the Give It A Try session, the girls had great fun throughout the session and everyone is excited to return to training next Saturday morning.

Training will be from 10am-11am. For more information on the club or any of the teams, and if you would like to Give it a Try, please contact the CCRO (Club Community Rugby Officer) Gavin Whitney.