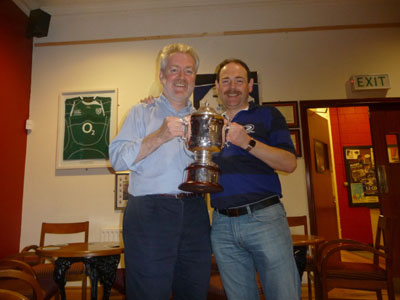 It has been a busy summer in Coolmine. After a fourth place finish for the 1st XV and a league win for the 2nd XV, attention was turned to the final stages of cup events however performances didn’t meet expectations and there was no more silverware to be secured…

But the disappointment was short lived when Coolmine managed to win both the inaugural Leinster and All Ireland 7’s titles. The official end of the season is normally marked by the annual Summer Fete and thankfully this year the fine weather helped what was another successful day. This event has become both a popular social event and important fundraising event for the club.

Minis and youths presentations are also made on the day. The club also hosted the ITRA summer league for its third year in a row, with 30 teams taking part. It was the busiest competition yet with ‘Odd Shaped Balls’ beating last year’s winners ‘3 girls 1 Tag’ in a nail biting finish. The club has also hosted an Autumn league this year for the first time which will run to the 7th September.

Pre season training has almost finished now and Coolmine’s 1st XV will face Monkstown this weekend in a Spencer Cup clash the first competitive game of the season.

Minis and Youths registration takes place on Saturday, 3rd September between 10am and 1pm.