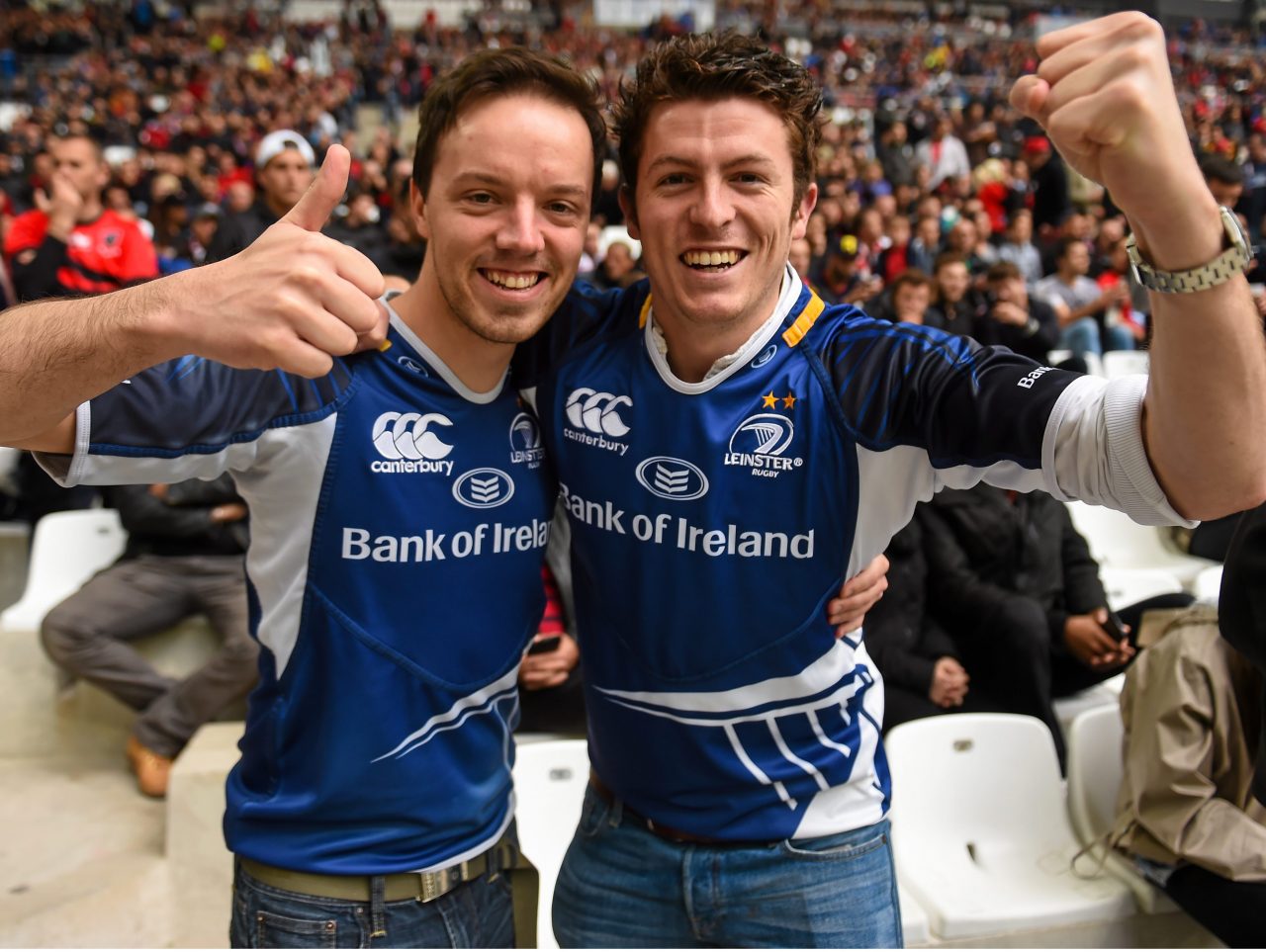 To celebrate the launch of the new 2015/16 season Leinster jersey, Canterbury, official kit supplier to the province, has today announced the biggest collection of money can’t buy prizes and experiences in the club’s history.

Bucket list dreams for Leinster fans will be answered including rubbing shoulders with the team on the official Leinster jet travelling to an away match, overseeing the official pre-match coin toss, or watching your Leinster adoring child run onto the pitch as the teams match day mascot and much, much more.

Entries are being submitted through Canterbury’s Facebook page where fans will be asked to think outside the box and prove why they are Leinster’s most committed fan using words, images, videos, links to YouTube, Instagram or Vine, or by tweeting using #CommittedToLeinster.

Canterbury CEO, Chris Stephenson, said: “Leinster Rugby fans are some of the most committed, passionate and creative supporters in the world. We’ve worked with the club to reward Leinster’s most committed fans, creating memories that will last a lifetime.”

The Canterbury Commitment Competition runs until September 8th 2015, at 5:00pm. Entries are being submitted via a Canterbury Commitment app on Facebook or through Twitter using the hashtag #CommittedToLeinster. Full terms and conditions as well as details on the prizes available can be found on Canterbury’s Facebook page or on www.Canterbury.com.