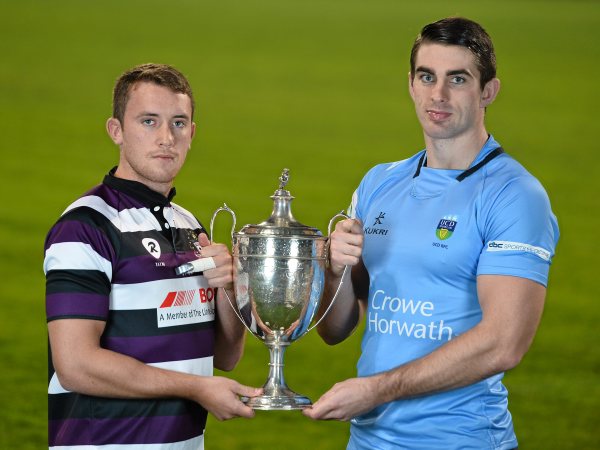 The Leinster Senior League Cup final will take place next Friday in Donnybrook Stadium between Terenure and UCD (K.O. 7.30pm).

Both teams are undefeated in the competition so far, with Terenure having to overcome their fierce rivals St. Mary’s in a decisive group match to qualify for the final.

“It did charge us up and spur us on going into the league. It was a big one to win, we were delighted with it.”

UCD have produced some impressive performances throughout the competition, scoring less than 40 points in only one of their five group matches.

Grannell is fully aware of the challenge that Terenure represent having watched their progress through the competition: “I know Terenure are a great side. I’ve played against them a few times and it’s always a tough game.”

O’Neill is equally complimentary towards his opposing captain’s team: “UCD look an outstanding team this year, kind of like Lansdowne were last year. Hopefully we can put it up to them and play a bit of ball ourselves.”

The prospect of playing a game under the lights in Donnybrook is an added incentive going into the final for both teams.

“It’s rare enough to play a Friday night lights game in Donnybrook. We’re looking forward to it,” O’Neill says. “It’s a big game. The club hasn’t won a title like this in around 20 years.”

Grannell says he is looking forward to playing in Donnybrook, but that UCD won’t approach the game any differently because it’s a final: “I really think that the way we’ve been progressing over the last few years, we haven’t really treated any game differently so we always go out with the same attitude,” Grannell says.

“We want to go out and score tries, we want to play the best we can and I don’t think that’s going to change when it comes to the final.”