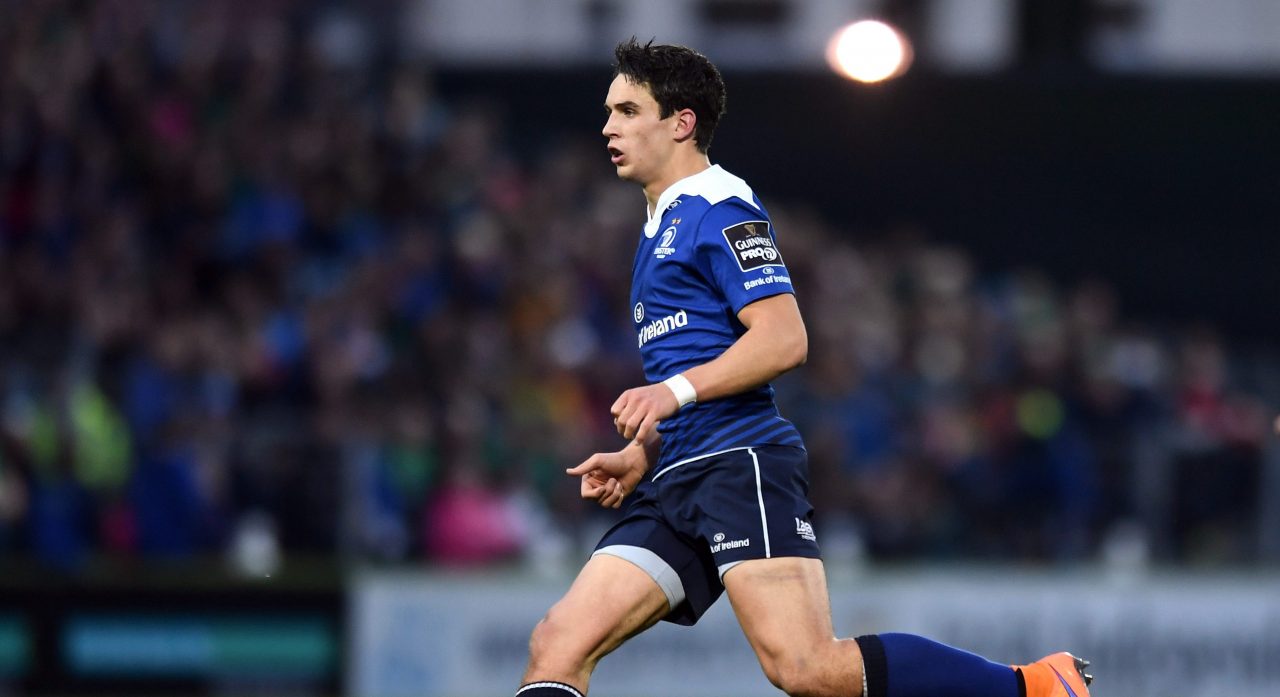 Just 20 days away from the Guinness PRO12 Final at Aviva Stadium all four Semi-Finalist clubs saw players and coaches in the winners’ circle as a total of eight teams from the Championship had reason to celebrate.

Leinster Rugby’s Joey Carbery was named Young Player of the Season which was voted for by a 30-strong media panel from across Italy, Ireland, Scotland and Wales.

Conan was also nominated for the most coveted award of the night, the Guinness Players’ Player of the Season, which went to Ulster Rugby’s Charles Piutau.

He’s already made a huge impact for @leinsterrugby – the Young Player of the Season Award 2017 goes to Joey Carbery! #GUINNESSPRO12AWARDS pic.twitter.com/fdRxosyVHt

Munster Rugby Director of Rugby, Rassie Erasmus, was named as Coach of the Season after returning the province to the Semi-Finals of the Championship.

The Rhino Golden Boot was won by Ospreys Rugby’s Sam Davies who finished the season with an 88% success rate from the kicking tee having made 44 of his 50 shots at goal.

Scarlets winger Steff Evans, who scored against Ospreys in Round 22, was recognised as the Guinness PRO12’s top try-scorer as he finished the regular season campaign on top of the charts. Evans’ 11 tries helped to propel Scarlets into the Semi-Finals for the first time since 2013.

Ruan Pienaar’s score for Ulster Rugby against Glasgow Warriors in Round 15 was voted by readers of Independent.ie as the Try of the Season with the Springbok scrum-half starting and finishing a magnificent team effort.

Ken Owens was chosen as captain of the Dream Team, marking a fantastic season for the Scarlets hooker which has seen him win his 50th Cap for Wales, make his 200th appearance for the Region and earn a call-up to the British & Irish Lions tour of New Zealand this summer.

Finally, Gerald Davies presented the Guinness PRO12 Chairman’s Award to referee Nigel Owens to mark his contribution to the Championship over the course of the last 15 seasons. Owens made his 150th Championship appearance at Judgement Day V in April to add to an incredible career which saw him referee the World Cup Final in 2015.

Attention now turns to the Guinness PRO12 Final Series where Leinster Rugby will take on Scarlets and Munster Rugby will face Ospreys Rugby in the Semi-Finals which take place on May 19 and 20.

Tickets for Leinster v Scarlets are on sale now.

The winners will then go on to face each other at Dublin’s Aviva Stadium on May 27 to see who will be crowned Guinness PRO12 Champions for the 2016/17 season.

Tickets for the Guinness PRO12 Final at Aviva Stadium are available from Ticketmaster.