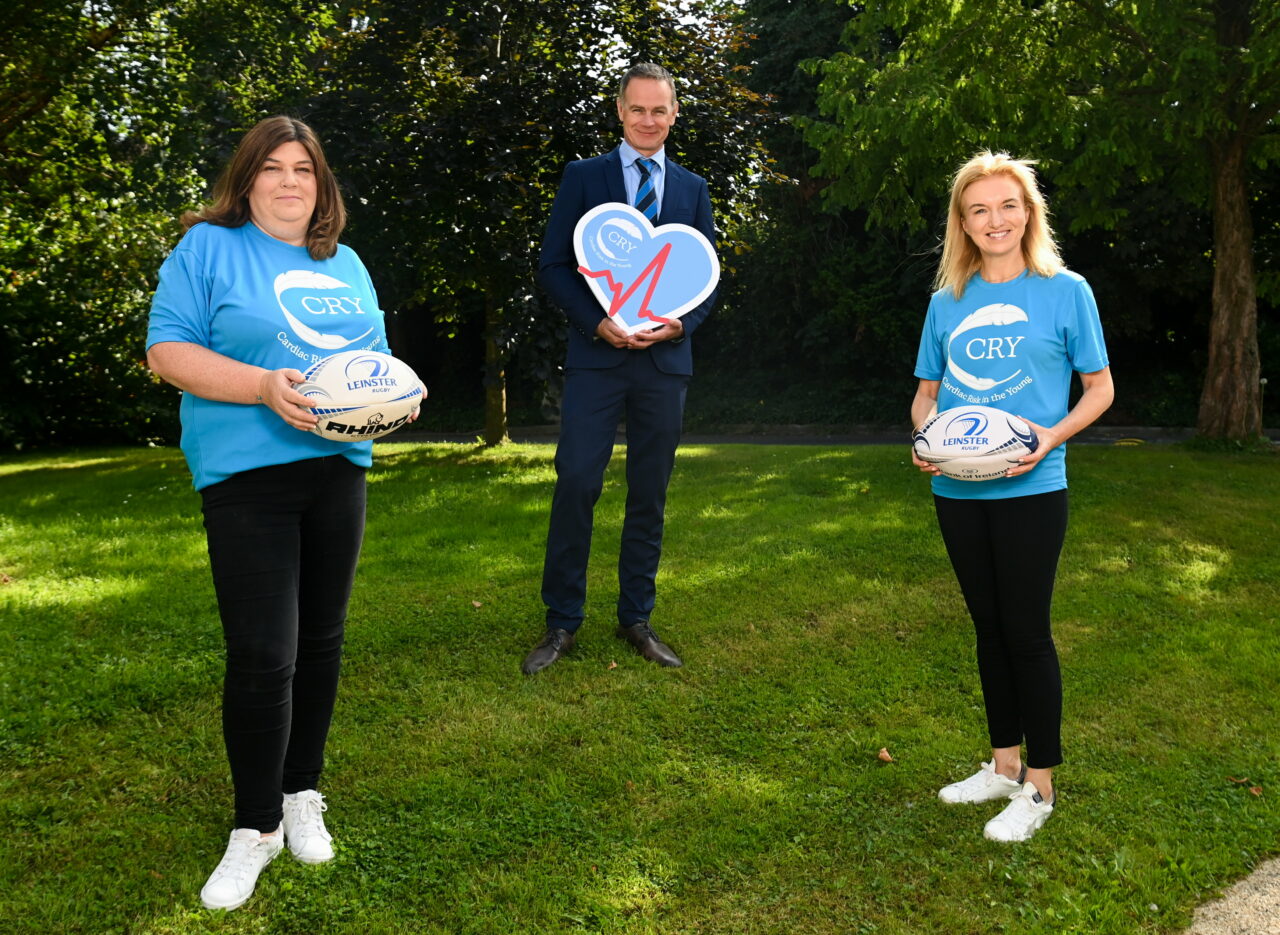 Leinster Rugby is delighted to announce Cardiac Risk in the Young Ireland (CRY) as its latest charity affiliate. CRY was nominated by BearingPoint, a premium partner of Leinster Rugby.

With as many as 80 young people in Ireland estimated to lose their lives each year due to a heart condition they may never know they had, CRY works hard to raise awareness of these devastating conditions.

Established in 2002, CRY facilitates free clinical assessment and management to all families across Ireland, north and south, who have suffered, or are at risk of, a Sudden Cardiac Death (SCD). The charity’s Family Support Programme offers free access to listening volunteers, mentors and bereavement specialists, with its newly launched helpline also offering a listening ear to those impacted by SCD.

The charity fundraises to support its specialist Centre for Cardiovascular Risk in Younger Persons, Tallaght, Dublin 24, where, since 2007, over 7,000 individuals have been seen. Over 100 individuals have had pacemaker or defibrillator devices fitted to protect them against sudden cardiac death. Hundreds more have been treated with medications and surgical procedures.

Thousands have been found to be unaffected and reassured. Cardiac tests are performed in a single day, with detailed consultations with specialists to explain outcomes and implications. CRY also raises funds to support research into the causes and prevention of Sudden Cardiac Death, in collaboration with other likeminded bodies.

Leinster Rugby has previously worked with CRY and the charity was an official partner of the club in 2015. For the month of September, Leinster Rugby will lend its digital support to CRY and its considerable efforts to raise awareness of these diseases and ultimately, to help save lives.

CRY Chairperson Noelle Condon said that the partnership would serve as “an invaluable boost” to the charity as demand for its services continues to grow.

“We are proud to be partnering with Leinster Rugby this month and are especially grateful to BearingPoint, without whom this invaluable opportunity would not have come about,” Condon said. 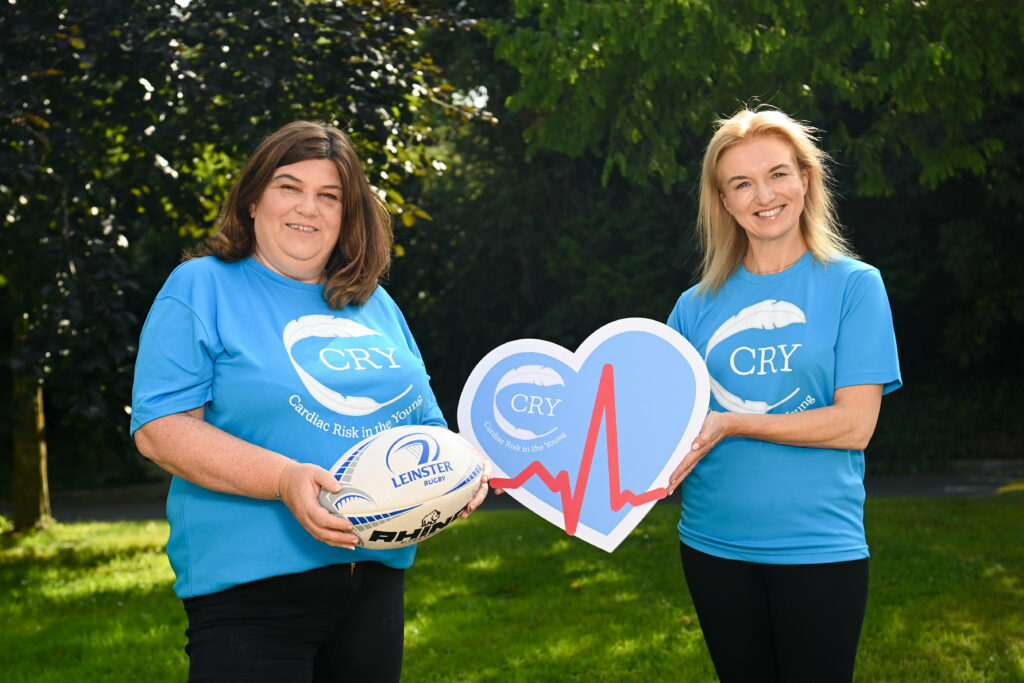 “The specialist medical and support services offered by CRY to families across Ireland are only made possible by the generosity of the families and individuals, businesses and communities who give of their time and talents to fundraise or donate to the charity each year. This partnership with Leinster Rugby will bring an invaluable boost to CRY at a time when we are delivering more than ever for families affected by SCD.”

“As part of our work to help people who have experienced loss through SCD we are now offering a free telephone helpline service,” she added. “Our message is that we are here to lend a compassionate ear to those who want to talk to someone who has experience of what they are going through. We would encourage those people to pick up the phone, start with hello and let us listen and try to help.”

Deirdre Hanley, HR Director, UK and Ireland at BearingPoint said: “BearingPoint, through our partnership with Leinster Rugby, is delighted to support CRY Ireland for the month of September.

“BearingPoint has been a long-time supporter of CRY and we are proud to continue this support to uphold the great work the charity does particularly in raising awareness of Sudden Cardiac Death syndrome (SADS) and providing vital services to the families of those impacted by SADS.”

“The charity strikes a chord with us here in Leinster Rugby because unfortunately these heart conditions often strike fit, young, healthy people – people like we have running out every weekend in rugby clubs around the province.

“All services provided by CRY are free, so helping them to raise awareness and hopefully help them raise some funds would be brilliant. Only a few years ago Leo (Cullen) and Isa (Nacewa) visited Tallaght Hospital to see the work they do in the Centre and it was inspiring. 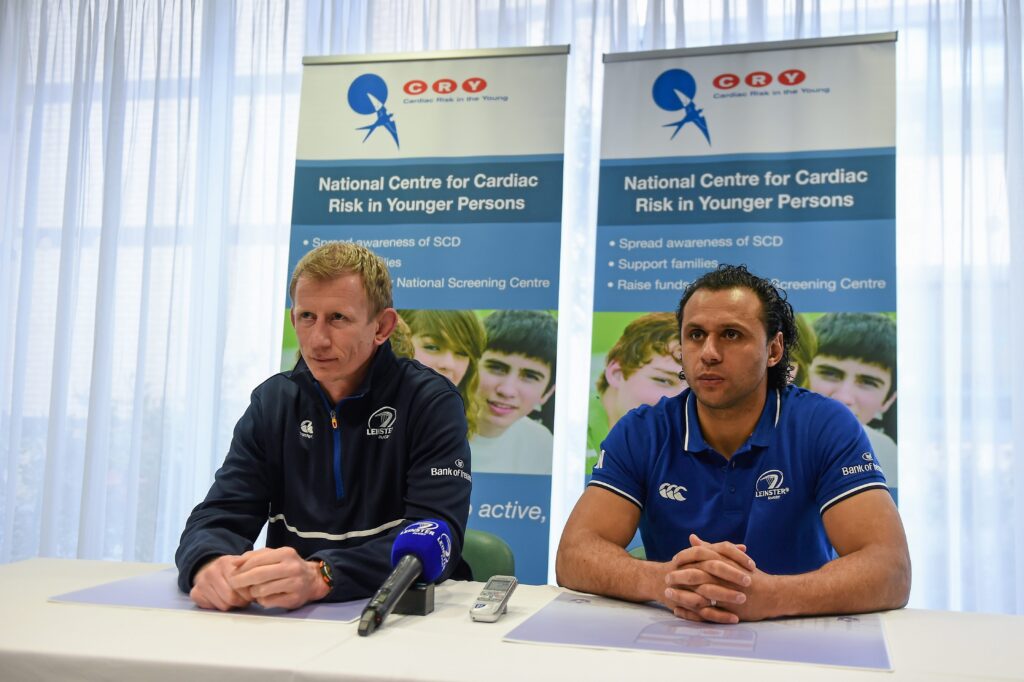 “We are grateful to BearingPoint for bringing this opportunity to the table and look forward to raising further awareness of CRY in the weeks ahead.”

Like all of the charities selected, CRY was selected by Leinster Rugby after a consultation process involving the leadership group of the men, women’s and Academy teams and consultation with the premium sponsors and partners and the Official Leinster Supporters Club.

Two of those premium partners, Bank of Ireland and BearingPoint, have pledged their support to the charities chosen.

Bank of Ireland has confirmed that its Player of the Month Award donation will now be made to the monthly charity affiliate, rather than the player in question, a move that is also supported by the Leinster Rugby players.

BearingPoint has also agreed to make a donation to each charity partner chosen by Leinster Rugby in lieu of support normally provided to the club pre-Covid.