Carlow’s Rachael is September’s PRO of the Month 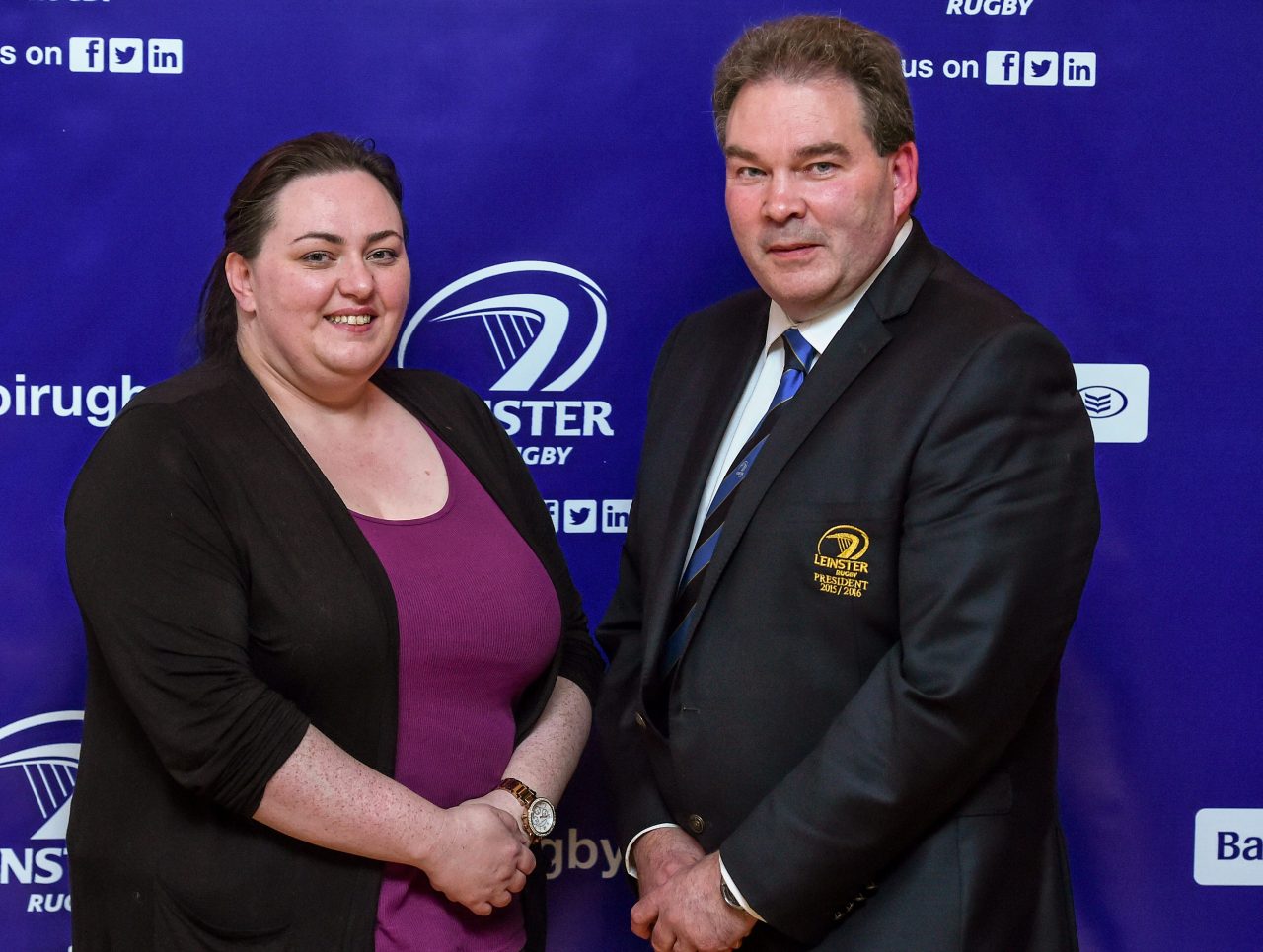 At Leinster Rugby’s recent communications seminar it was announced that the winner of the September PRO of the Month award is Rachael O Brien!

Rachael first became involved in PR when she volunteered to take on the role for her club County Carlow Football Club.  The club has always been actively promoted and their article about Ed and Bryan Byrne got over 450 likes on the Leinster Facebook page and over 4000 views on the domestic rugby website! For the last two years she has developed the club’s PR campaign and at the end of last season her work was recognised when she was presented with the Dr Manuel Ribeiro Club Person of the Year award.

At the end of the 2013/14 season Rachael heard that the Leinster Women’s Rugby committee were looking for help with their PR and so she offered to get involved. Together with Michelle O Sullivan she put together a formidable sub committee and she now chairs it.

The group consists of Aileen Fallon (Girls Rugby), Marta Harper (Twitter & Division 2), Heather Harte (Division 3), Inga Byrne (Instagram & Division 4) and Rachael herself of looks after Facebook and coverage of the AIL Qualifying League. Everyone involved is highly motivated to continue to develop the profile of women’s rugby. One of their best innovations has been the Action Shot of the Week competition that continues to attract huge interest.

Elma Beirne, Leinster Rugby’s Domestic Marketing Executive, said that Rachael was the obvious choice for the award. “While most PROs were taking a well earned break over the summer Rachael just didn’t stop! Her promotion of the women’s Interpros on social media led to a huge turnout in Donnybrook which I know the players were delighted with”.

Rachael herself is keen to point out that although she has been selected for the award, everything that has been achieved has been a group effort by the PR committee “I love working with the girls. We want to give every club the opportunity to promote their women’s teams and to push content through all channels and that can only be done properly by a strong team. This is an award for all of us”. She also wants to thank Donnelly and Bank of Ireland for their sponsorship and continued support of women’s rugby.

Rachael will now be spoilt with treats from Leinster Rugby. These will include committee box tickets for a home game and an announcement about her award during the game, two bottles of Wolf Blass wine, a voucher for Lifestyle Sports and some other surprises on the day!

Enjoy the game Rachael and congratulations from everyone in Leinster Rugby.