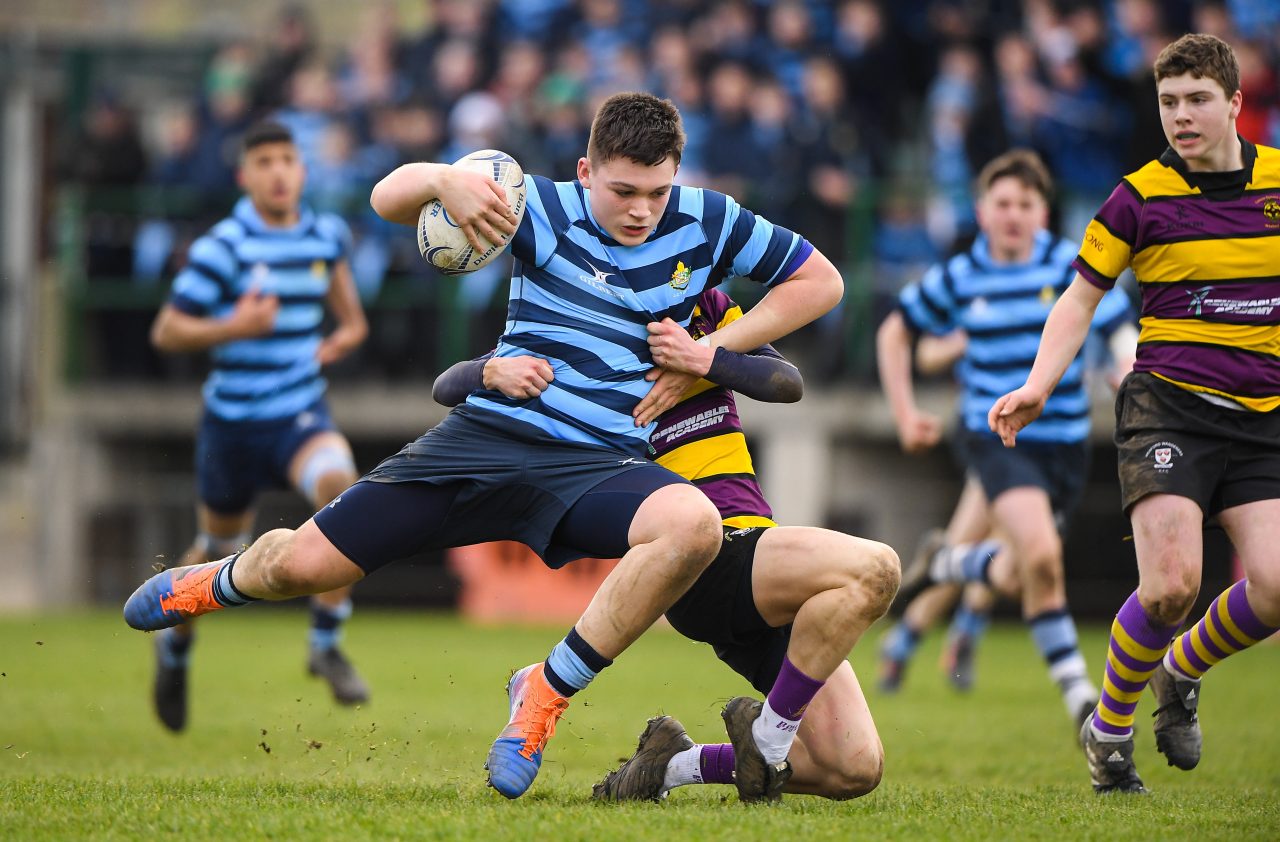 St Vincent’s Castleknock College have defeated Wexford CBS in the First Round of the Bank of Ireland Leinster Rugby Junior Cup.

Greystones was the location for this tie in which Castleknock developed a stranglehold on proceedings immediately from the off.

The north Dublin school set the tempo for what was an extremely positive performance from them.

They welcomed the Fr Godfrey Cup qualifiers with a baptism of fire, opening up a 19-0 lead inside just 11 minutes.

The opening try came from centre Sam Wisniewski and was followed by five points for his midfield partner Emmet Brady, both converted by Daniel Ruane.

The No 8 added his own try to that brace of conversions a couple of minutes later as Castleknock commanded around the field.

It was at that point that the Wexford school hit back. Their own No 8 Grant Palmer got them off the mark but it was rare respite from a hungry Castleknock attack.

Wing Daragh Enright quickly cancelled out Palmer’s try by dotting down to push Castleknock 26-5 ahead with Ruane’s conversion successful. Brady picked off a second before the interval and Ruane continued to build on his personal tally.

Palmer and Ben Elliott swapped tries midway through the half but that was to be it as Castleknock’s powerful opening half an hour saw them through.