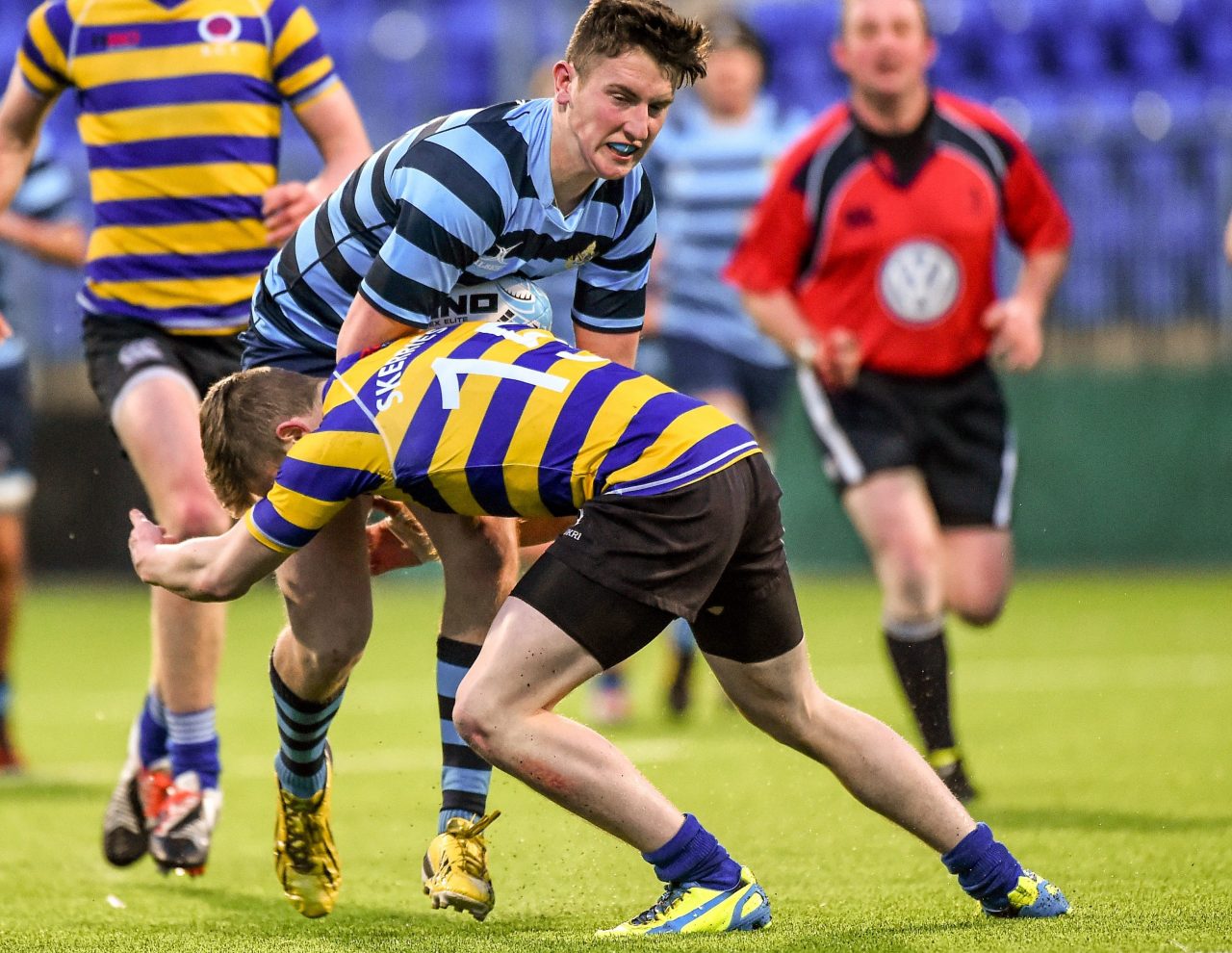 Former Connacht hooker Adrian Flavin’s Castleknock put their indifferent Leinster League form behind them to come out on top in a titanic tussle against Skerries Community College in the Bank of Ireland Vinnie Murray Cup quarter-final last night.

Skerries came into this one full of confidence from a serious performance in the first round. But, this was a serious step-up in pressure and organisation.

‘Knock had the edge in the first-half with prop Geoff Brookes handed three penalties in the fourth, eighth and 30th minutes. He took the middle opportunity in what would be enough for a 3-0 lead at the interval.

However, Skerries did send a maul hurtling towards their line only for it to crash to the floor with no punishment forthcoming and when the ball was shifted left impressive full-back Lorcan Jones could not get the ball away in the tackle.

Skerries out-half Ciaran Frawley did square it from a 41st minute penalty when Castleknock came up offside. They looked like pressing ahead as their scrum went forward and number eight Ben O’Keeffe stole ball at the front of the lineout.

However, Brookes was back to recover the advantage for ‘Knock when Jones was binned in the 47th minute.

Castleknock flirted with the offside line all game long and Frawley leveled it up again in the 58th minute to put it all back in the melting pot.

It didn’t take long for what turned out to be the match-winner to arrive when Brookes nailed his third kick just before the hour.

They now move on to a semi-final against St Gerard’s School next week.