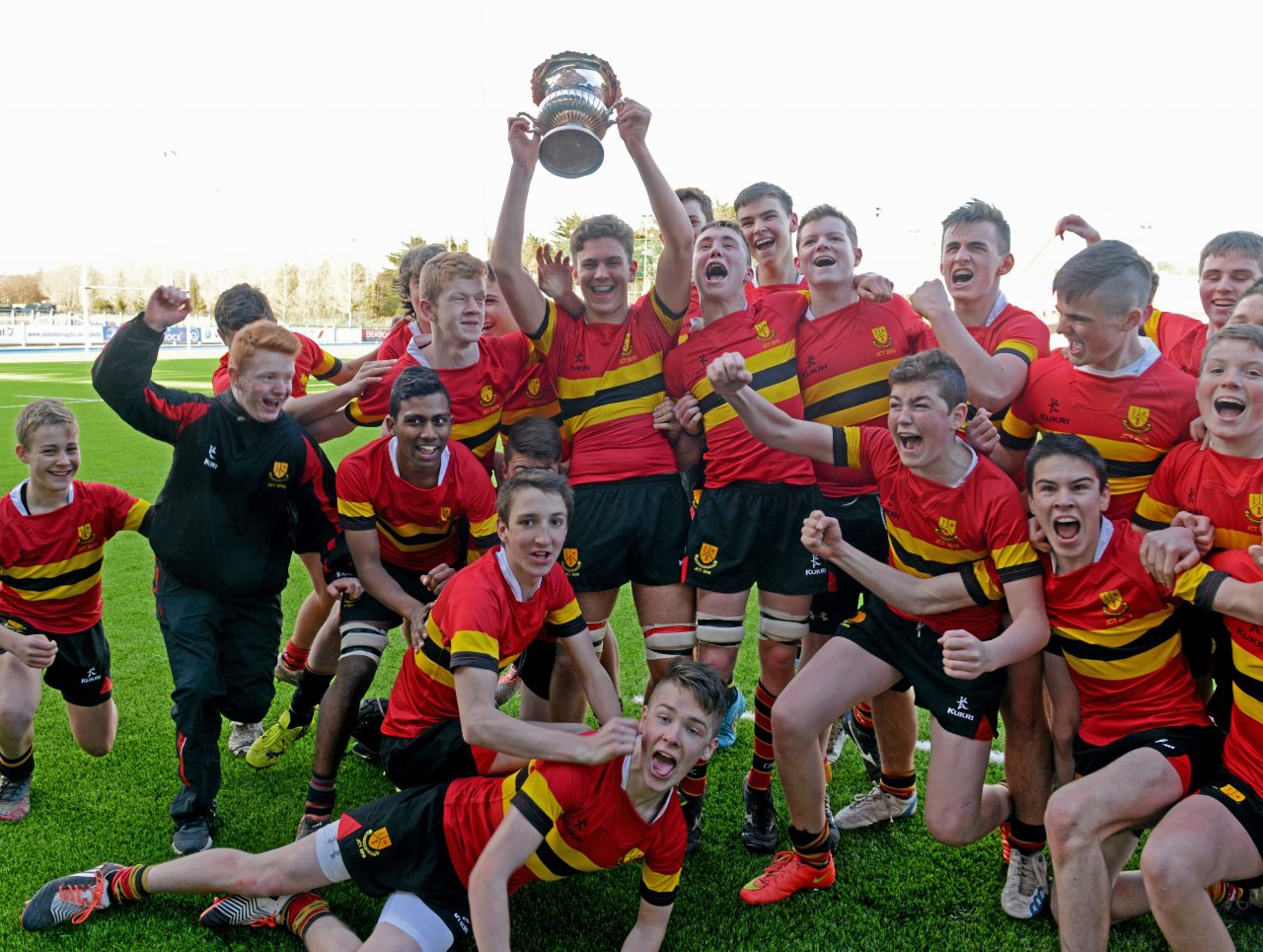 The sharper finishing of CBC Monkstown guaranteed the Bank of Ireland Fr Godfrey Cup against Wesley at Donnybrook on Wednesday.

It was a lovely afternoon for rugby and neither was going to waste the weather conditions allied to the slick surface.

The all-out attack from CBC was rewarded with flanker Max Read‘s try from a maul and the tough conversion slotted over by centre James Reynolds near the left touchline.

This was quickly countered by a flashing move by Wesley with centre Karl O’Connor providing the try-scoring pass to full-back Ian Sheridan, making it 7-5 in the fifth minute.

It was all happening. CBC captain Zach Sattar was carded for an illegal tackle, all by the eighth minute.

There was a willingness to move the ball that made this a fast-paced encounter with Wesley growing in confidence on the evidence of their offloading and the creative distribution of Gary Hawe, the out-half landing a 16th minute penalty for an 8-7 lead.

The free-flowing nature of the contest continued with Wesley number eight Sam Darley prominent in the one-out channel and Reynolds making ground up the middle for CBC.

Monkstown wing Conor Byrne showed his pace veering in from the left and, in return, Hawe almost picked up off an interception.

The key was CBC managed to stay in the right area of the pitch.

Their maul rambled for ten metres, wing Dean O’Higgins popped as the extra man outside fly-half Sean Power and the ball was transferred left for Byrne to skate in at the flag for a 12-8 edge at the interval.

The half-time breather gave the players the time to fill their lungs. Reynolds rampaged for 60 metres. He just couldn’t link up with Byrne on the left.

Then, right wing O’Higgins was hauled down just short of the line. There was consolation from a lineout and they steamed forward for Read to grab his second try for 17-8 in the 40th minute.

CBC’s out-half Sean Power delayed a short ball for Cameron Watson to scythe through, losing his feet as he changed direction.

Wes’s Hawe flew into space to get behind the first line of defence and number eight Darley showed a nice sleight of hand on the ball before Read ripped it away in contact no more than five metres out from his own line.

They were still in business until a stray ball was picked off by Tadgh Quinn in a remarkable burst of speed that kept the second row out of reach of hard-chasing Sheridan.

Wesley were not done. Replacement Fergus Noonan splintered CBC, centre Karl O’Connor almost got the ball away in contact, flanker David Moran showed grit in his carry and Noonan was back in support to complete the job.

Centre Michael McKeon converted for 24-15 in the 54th minute.

Wesley right wing Sam O’Connor found space, just not enough to get away. They were finishing on the front-foot, prop Conor Skerritt, number eight Darley and centre O’Connor taking up the fight right to the end.