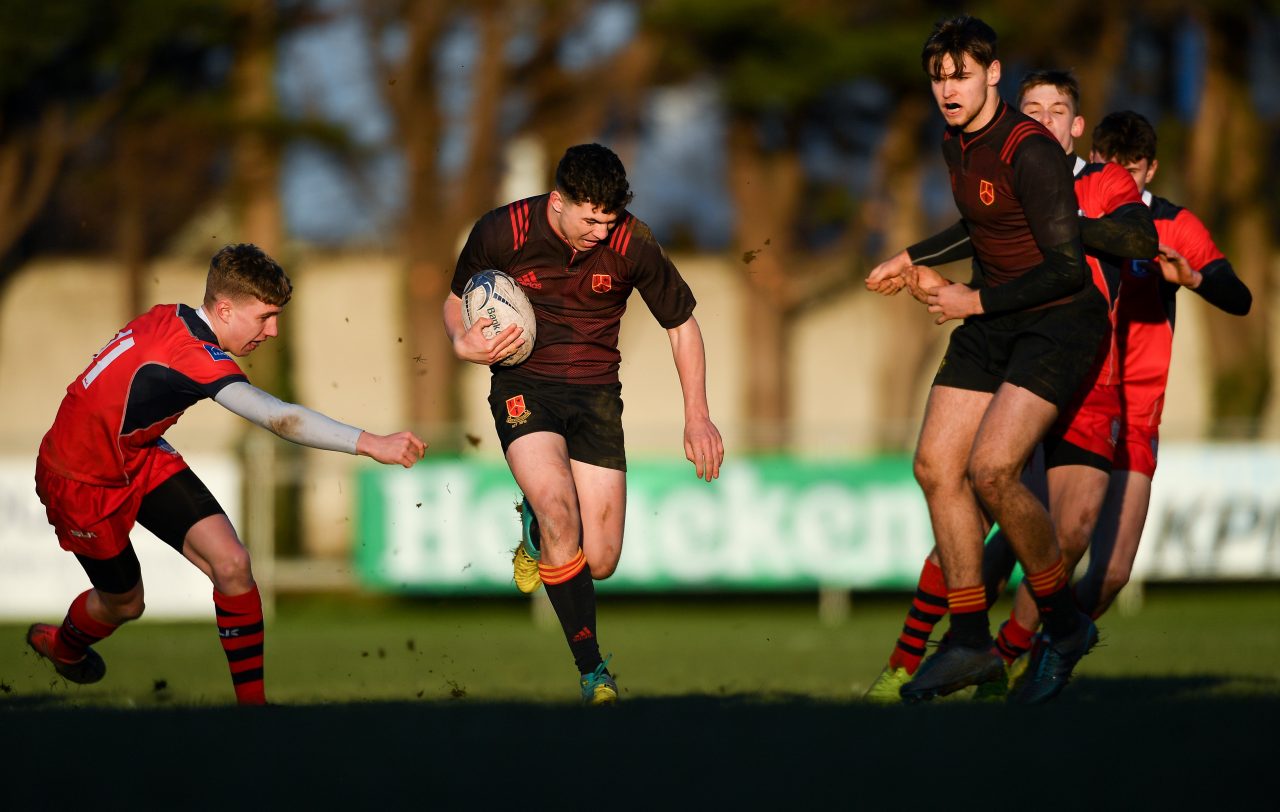 CUS had to get out to a good start and they did that by escaping up the left through Jake Costello and up the right through Tom Brennan.

They held the ball well, although CBC’s Niall Scully was eager to find a target to hit.

When Monkstown did break out of their own half, the continuity was good, hooker Conor Anderson cracking open the CUS defence to make it 5-0 in the seventh minute.

It didn’t take long for the pattern to be repeated as CUS came looking for an answer without the same ruthlessness.

Again, CBC absorbed the pressure and responded with straight running and offloading for Tadgh St Ledger-Quinn to ground the ball at the posts, captain James Reynolds converting for 12-0 in the 11th minute.

Reynolds made it three tries when slaloming to a fine individual effort which was converted by Eoin Quinn for 19-0 in the 24th minute.

The game was put out of reach when CBC came raiding down the left for wing Robbie Browne to chip and gather for the fourth try, Reynolds adding the extras from the touchline.

It was the excellence of CUS full-back Vincent Flynn’s that prevented a fifth try from CBC wing Logan Brady’s intelligent infield kick, wheeling around close to his line to look up and clear to touch.

That man Reynolds completed his hat-trick in double-quick time and full-back Sean Power was on hand when wing Brady’s surge came up short for Reynolds to kick the extra two points.

There was still time enough left for Theodore Brady to steal over and the long-striding Logan Brady to power away on the left for the ninth try.