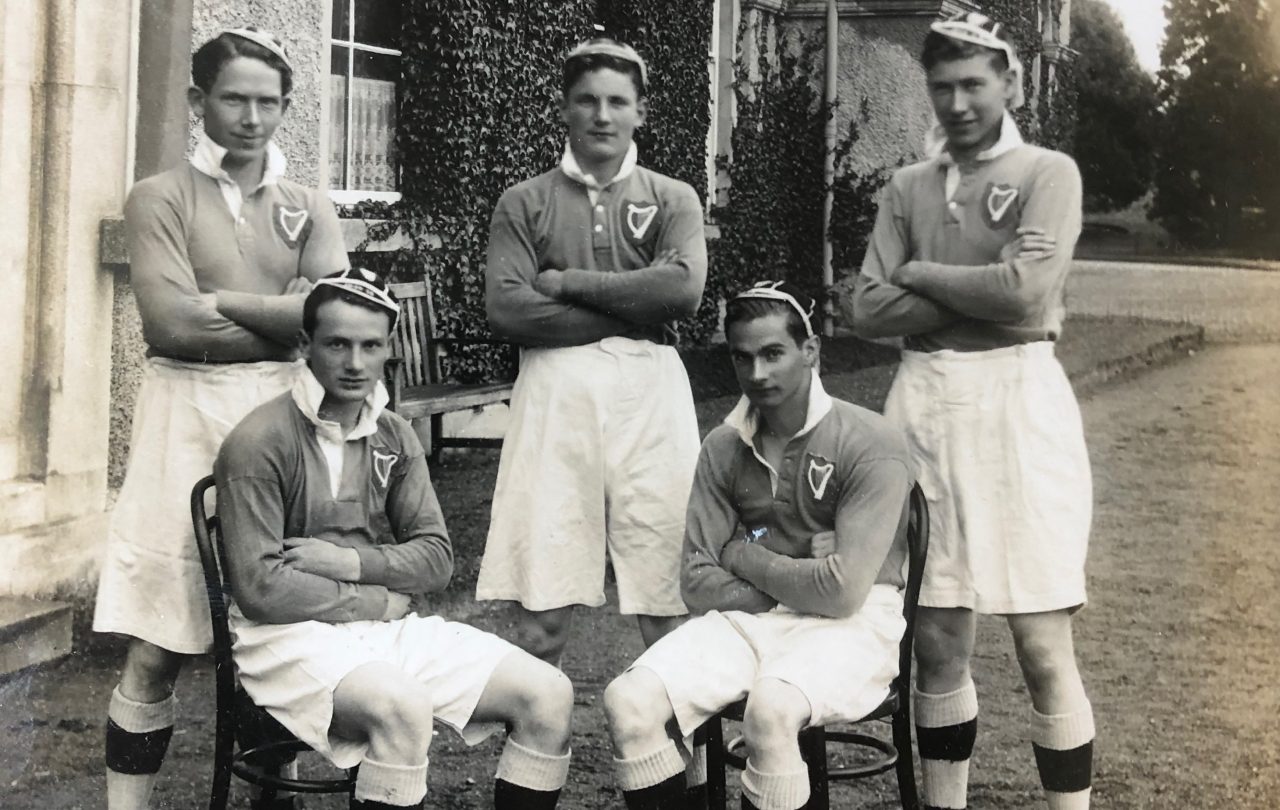 I recently had the truly remarkable experience of meeting David Bell, who in January of this year became a centurion and is probably the oldest surviving Leinster Schools Senior Cup medal winner.

Accompanied by former Leinster Branch President Niall Rynne I spent an enthralling couple of hours with ‘Daisy’ in his Roebuck nursing home where his clear and vivid recall of events and details from his Waterford childhood in the 1920s and 1930s was astonishing.

He was reared in Ferrybank, which is over the bridge from the main part of the city, he insisted where he lived was in Waterford but just down the road from the Kilkenny border.

“I’m not sure when Waterford bought that strip of ground from Kilkenny,” he laughed.

He painted a colourful social history of the times he grew up in as he told us that most of the small population of Ferrybank worked on the docks, mainly unloading the coal ships that arrived three or four times weekly from Wales.

The men would go down to the docks and the stevedore would decide who he wanted for the day with the remainder having to head home with no day’s pay.

He was at his first All-Ireland Hurling Final in 1931 and saw the legendary Lory Meagher in the flesh as Kilkenny lost out to Cork after two replays while he subsequently was thrilled to see the great Limerick hurler Mick Mackey as his neighbouring county contested most of the finals in that decade.

He went to St Vincent’s Castleknock College as a boarder in September 1932 and having played rugby in Waterpark National School he took to the oval ball game instinctively on his arrival in Dublin’s western suburbs.

It was here that he picked up his nickname, Daisy, a moniker that was to stick to him for life. He was also a talented athlete winning a couple of inter-schools medals when he wasn’t playing rugby, medals he still holds to this day, which along with his rugby medals he proudly showed off to us.

He played on successive JCT teams that lost semi-finals in 1934 and 1935 while Clongowes Wood beat them at the penultimate stage of the SCT in 1936 before he eventually tasted success.

He was the hooker on the Castleknock College team that beat Mountjoy School 8-0 in the 1937 Senior Cup Final, a game played in Lansdowne Road on St Patrick’s Day, which he recalls in those days was a “dry” day, and the old stadium was one of only two places you could get a drink – the other was the Horse Show House and they were allowed to open because of the dog show in the RDS.

He laughed when he recalled that many of the scores from those games were 3-0 or 6-3 – proverbial classics by modern standards!

He continued to play rugby when he went to UCD and he later picked up a Munster Junior Cup medal with Waterpark in 1941-42 when the trophy was shared with Killorglin after an 8-8 draw in early May at Thomond Park followed a week later by another draw, this time 0-0 during which David told us that players had to remove their leather studs as the ground was rock hard.

A back injury forced him to retire soon after and he took up refereeing, being elected to the Association of Referees Leinster Branch (ARLB) on October 6, 1943, an organisation he served with distinction until recently.

“I made some great friendships in the ARLB and served as President in 1966-67,” he continued as he recalled the lunches in Gleeson’s of Booterstown with the late Kevin Kelleher and Mick O’Dea as well as Ned Cummins and John West who still come to visit him.

That was largely a Lansdowne referees mafia as he joined the headquarters club on taking up the whistle, “as I had to join a club to get elected.”

David also enjoyed a long and fruitful career in the legal profession joining solicitor Peadar Cowan’s Dublin practice in March 1943 and he was very soon sent on his first criminal case.

Cowan, who was also a TD, called him into his office one morning: “He said we’ve a trial going on up in Green Street (courthouse). Sean McBride is up there defending this fellow.

“I didn’t even know what the offence was about. I didn’t know me ass from me elbow at that time, I was so bloody green!”

He worked in various practices around the country including Donegal for six months, Birr in county Offaly where he acted as State Solicitor for five years in the 40s, four years in Balbriggan before starting out on his own in Bachelor’s Walk in the 50s.

In 1970 he was appointed Taxing Master, a position he remained in until his retirement in 1990 at the age of 70, upon which he looked for something to keep him occupied and got a part time job for a few months with Brendan Moriarty in Anglesea Street, a temporary job that lasted 22 years until 2012!

Many of the Leinster referees over the past 50 years would have been assessed, coached and mentored by David and the constant stream of visitors he receives on a regular basis is testament to not alone his longevity but also his cheery nature. His recall of detail is not only remarkable, but it’s also the infectious way he tells his tales; booming laughter invariably accompanies each and every story he regales us with.

Whether it’s about the nuns where he first attended school in Waterford, and the irony of the same order now owning the nursing home where he resides or meeting the Belvedere College lads in the Regal Rooms Restaurant who were all drinking after the 1938 final in which Castleknock lost 3-0. “We didn’t drink,” he added matter of factly.

And he is Castleknock College to the core. The photograph of the current student body making the number 100 for his birthday card is as dear to his heart as the rugby photos from his playing days there.

David Bell is truly a remarkable man who has lived life to the full and whom it was a pleasure to spend time with.