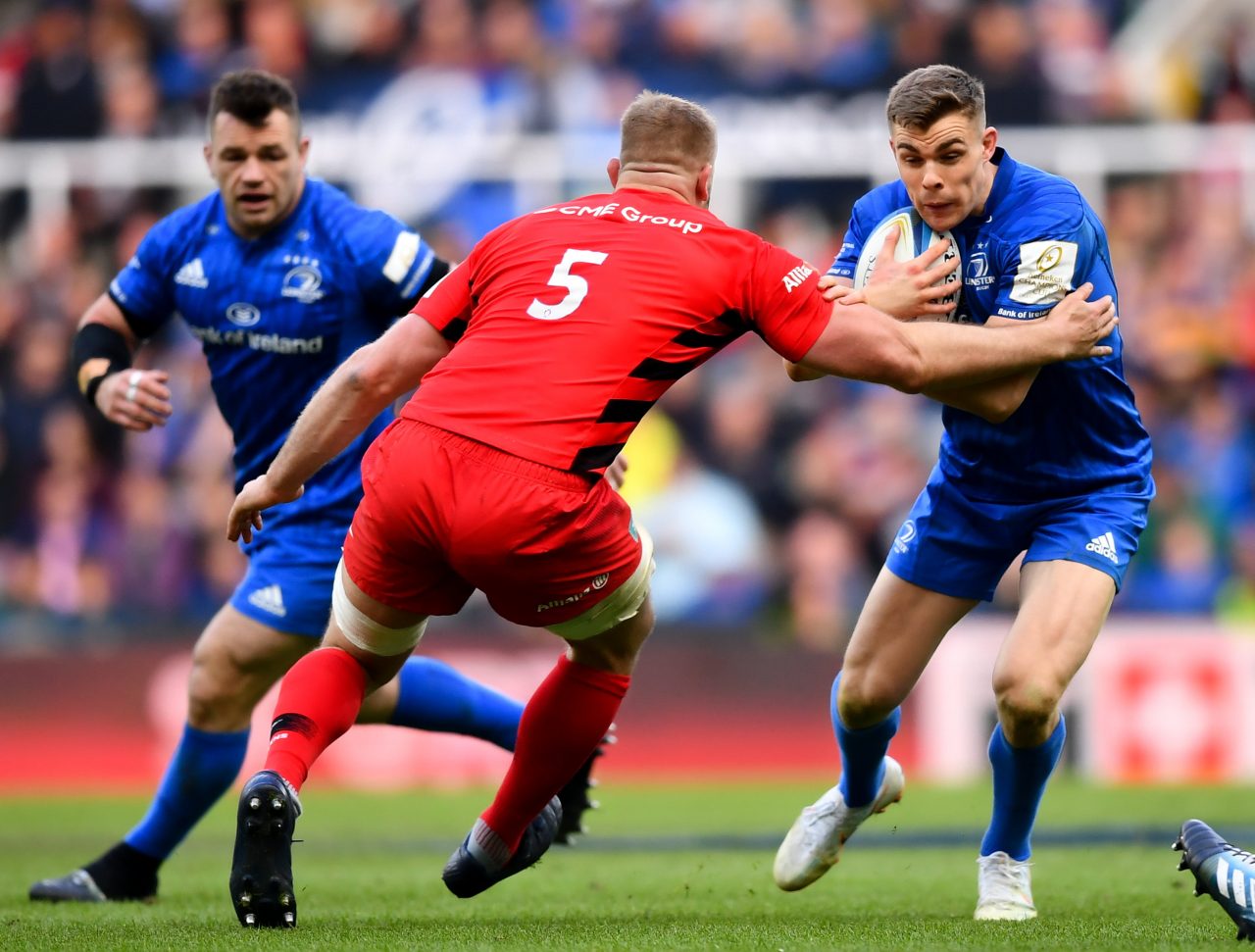 Leinster Rugby suffered a 20-10 defeat to Saracens in the final of the 2019 Heineken Champions Cup at St James’ Park in Newcastle.

Making his 100th appearance in the blue of Leinster, Tadhg Furlong scored the first try of the day just after the half hour mark, adding to Johnny Sexton’s earlier penalty.

Owen Farrell reduced to deficit to seven with a penalty before Sean Maitland scored a try on the stroke of half-time allowing Farrell to level matters with the conversion.

The England international out-half added another three points to this personal tally in the second-half.

Billy Vunipola finished the scoring with a try in the 67th minute, again converted by Farrell.