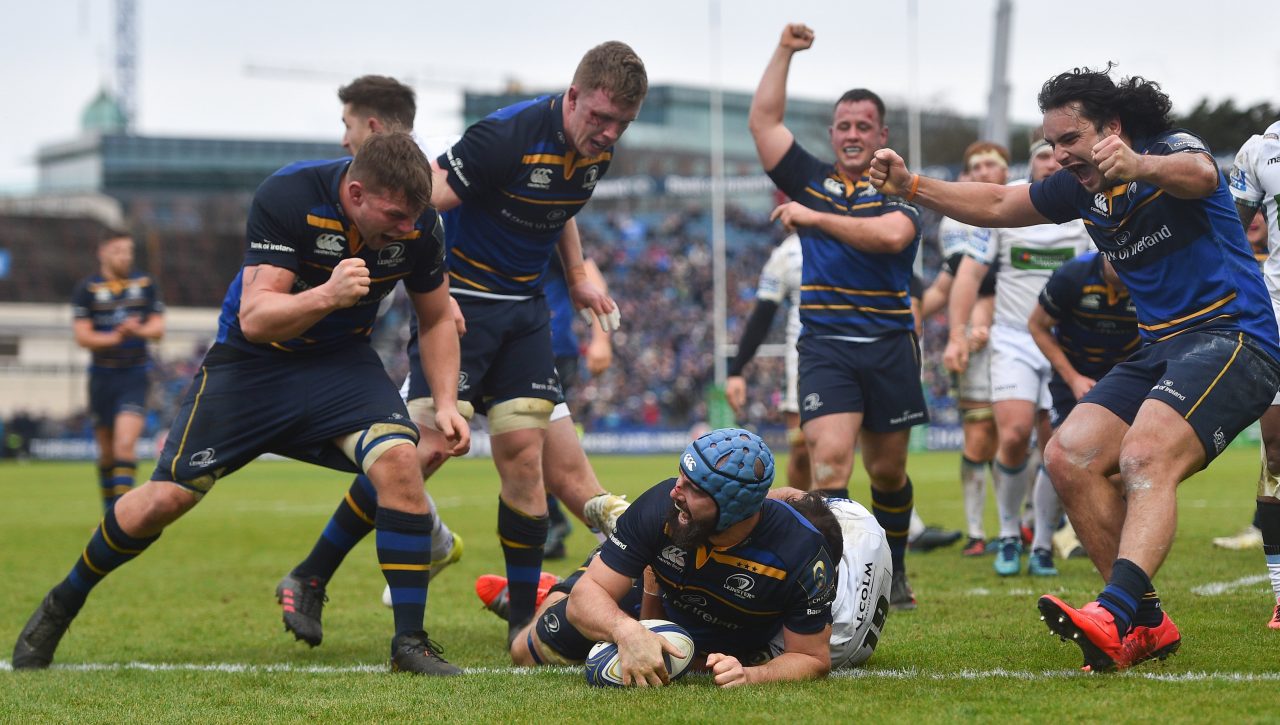 Leinster Rugby secured a home European quarter-final with a bonus point win over Glasgow Warriors at the RDS Arena on Sunday, with the final pool fixture for Leo Cullen’s men still to come next Saturday away to Montpellier.

Glasgow started well but it was Jordi Murphy who started the scoring with the opening try inside the first 10 minutes, with Johnny Sexton converting.

The Warriors levelled a few minutes later through Niko Matawalu, with Peter Horne knocking over the conversion.

From there, Leinster kicked on. Isa Nacewa scored the province’s second converted try, with Sexton kicking a penalty a few minutes later to put 10 points between the teams.

Leinster bagged a bonus point in a furious 10-minute spell before half-time.

Sean Cronin stretched to reach the line after a lineout maul, then Scott Fardy scored his first Leinster try to claim the bonus point.

There was time for one more try before the break with Sexton scoring in the corner to make it 34-7 at half-time.

It took 16 second half minutes before Nacewa scored Leinster’s sixth try. Adam Ashe got Glasgow’s second, but that was soon followed by James Lowe’s first RDS try on his European debut.

Niko Matawalu’s acrobatic finish gave Glasgow their third of the game, but it was Scott Fardy who would have the final say. The Aussie lock scored his second try for Leinster and his second of the game, with Ross Byrne converting to make it 55-19.

Leinster Rugby returns to the RDS Arena for a crucial top of the Conference clash with reigning Guinness PRO14 champions, Scarlets. Supporters can join the roar and get tickets now from €22.50/10.