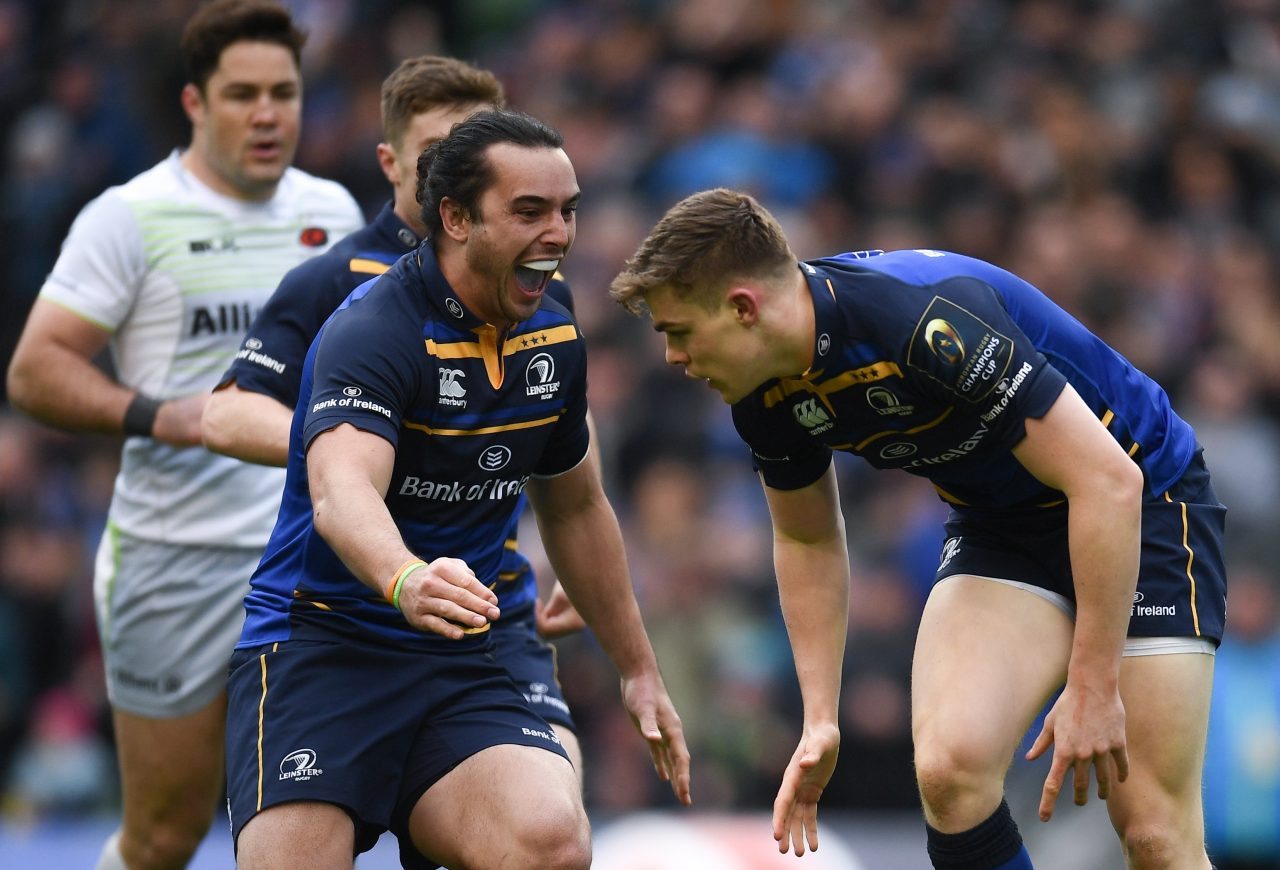 Leinster Rugby secured a home Champions Cup Semi-Final against Scarlets, to be played at Aviva Stadium on the weekend of 20th April, with a victory over reigning European champions Saracens on Easter Sunday.

Leo Cullen’s men made the best possible start with a try from Garry Ringrose after three minutes, which came from James Lowe and Isa Nacewa combining to make ground up the left wing.

Saracens controlled possession for much of the first half but had to make do with three penalties from Owen Farrell and one from Marcelo Bosch. Johnny Sexton kicked two penalties in the opening 40 minutes to make it 13-12 at the break.

As with the first period, Leinster made a fast start to the second half with Sexton kicking another penalty, followed by Dan Leavy’s clever try a few minutes later.

James Lowe was bundled over for Leinster’s third five-pointer as the game reached the end of the third quarter.

Saracens struck from a lineout maul to make it 30-19 but couldn’t find a way through for the remainder of the game against a stern Leinster defence.

Information on the Champions Cup Semi-Final will appear first on leinsterrugby.ie and in the Leinster Rugby eZine.

If you want to be there for every big game next season, and to get access to tickets for knockout matches before everyone else, get your 2018/19 Leinster Rugby Season Ticket when the general sale begins on Tuesday, 10th April.