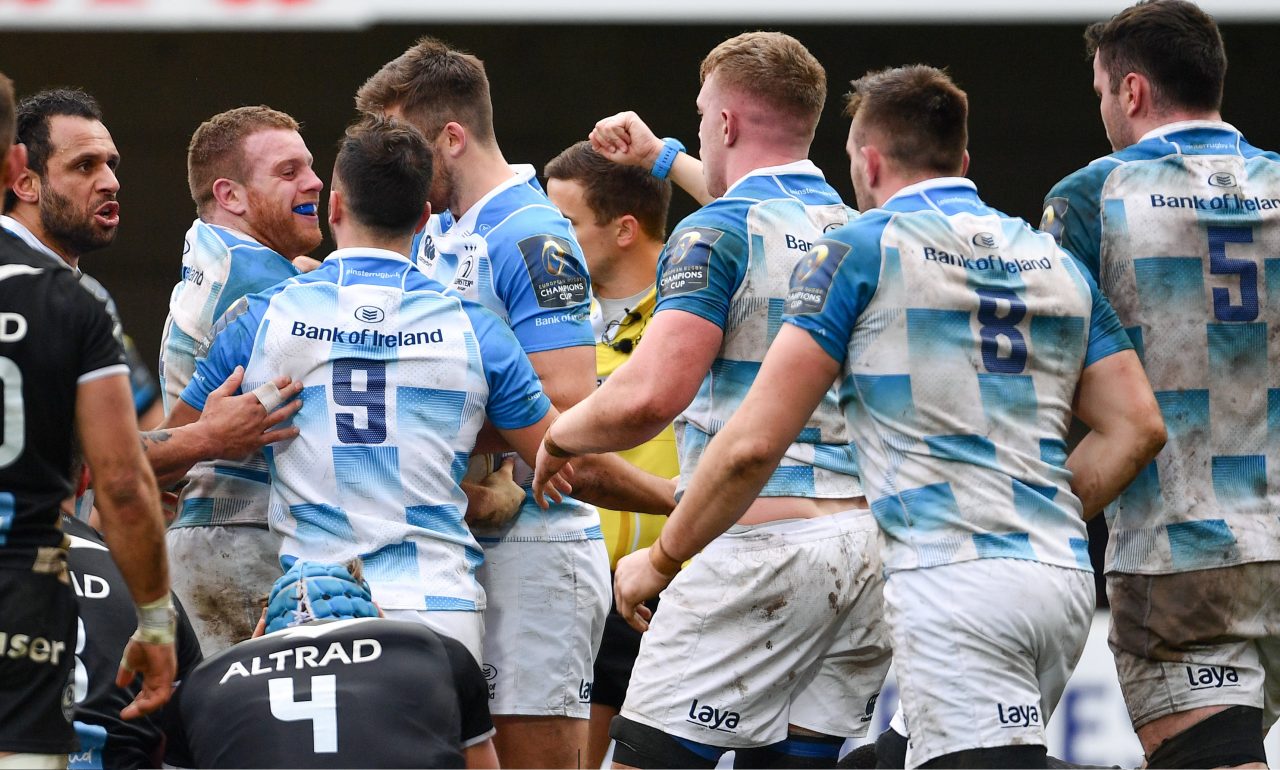 Leinster Rugby secured the top seed in the knockout stage of the European Rugby Champions Cup with a win over Montpellier at Altrad Stadium on Saturday.

Leinster’s last win on French soil before the Round 6 fixture came back in October 2014 against Castres when seven Ian Madigan penalties helped the province to a 16-21 victory.

Leo Cullen’s men got off to the best possible start against Montpellier when Ross Byrne dotted down to score his first Leinster try inside five minutes.

A penalty from Byrne 15 minutes later made it 0-8 in Leinster’s favour, but it was the hosts who would dominate the rest of the half.

Two converted tries from powerful lineout mauls put Montpellier 14-8 ahead at the break.

The second period belonged to Leinster though as Montpellier were kept scoreless for 40 minutes.

First, Robbie Henshaw, who made 17 tackles and missed none on the day, crossed for a try in the 45th minute. Then Byrne kicked a penalty to make 14-16.

Two minutes later Leinster were over for their third try, this time through Sean Cronin. Byrne converted to make it 14-23, a lead Leinster held until the final whistle to confirm their place as the top qualifier from the pool stage.

At the end of Sunday’s Round 6 matches it was confirmed that Leinster will face defending champions Saracens in a home Champions Cup Quarter-Final at Aviva Stadium on Easter weekend (30th/31st March/1st April).

Season Ticket holders will get access to tickets from Tuesday, 23rd January, with public sale commencing on Tuesday, 6th February, at 10am.

Leinster are back in action in a crucial Guinness PRO14 clash with defending champions Scarlets at the RDS Arena on 17th February. Tickets for this game are available now from €22.50/10.

The following weekend the Southern Kings will be the first South African side to visit the RDS Arena in an historic PRO14 meeting. Tickets are on sale now from €20/10.