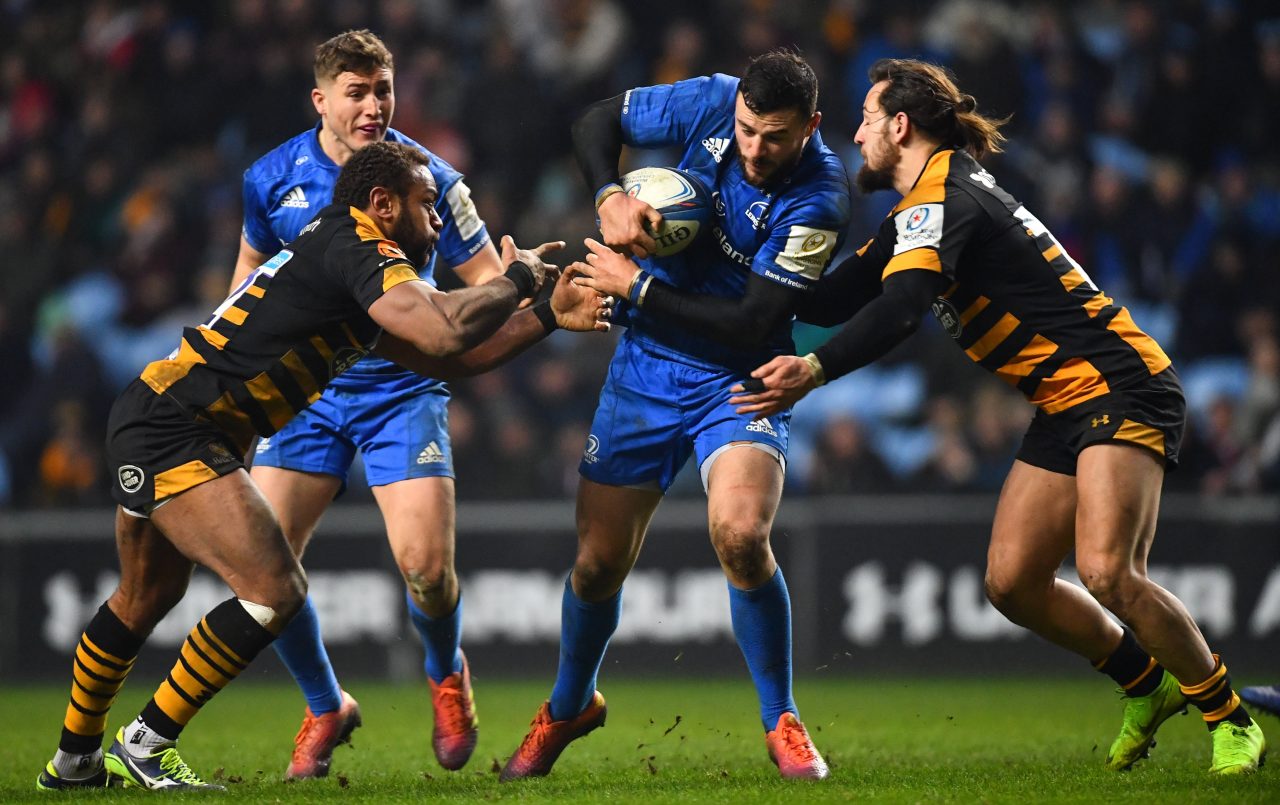 Leinster Rugby secured a home quarter-final in the Heineken Champions Cup with a bonus point win away at Wasps on Sunday afternoon.

Ross Byrne kicked a penalty to put the first points on the board for Leinster with 12 minutes played with tries from Garry Ringrose and Seán Cronin making it 20-0 in the province’s favour at half-time.

Leo Cullen’s men controlled the opening exchanges but it Wasps that made the stronger start to the second period with a try from Nathan Hughes reducing the deficit.

However, Leinster responded with another Cronin try coming at the back of a powerful lineout maul.

His second try of the game made Cronin the joint top try scorer in Europe this season (6) and brought his total for Leinster to 11 in 13 appearances in 2018/19.

The tit-for-tat continued when Dan Robson broke around the edge of a ruck to finish from 22 metres out.

Noel Reid secured the bonus point when he finished a free-flowing team effort which saw Cian Healy and Max Deegan break through gaps in the Wasps defence to set Rory O’Loughlin away who then sent Reid over.

Marcus Watson scored Wasps’ third try but Leinster would have the final say with Reid converting a penalty to end the game.

Victory over Wasps secured home advantage in the quarter-finals where Leinster will face Ulster Rugby on the weekend of 29/30/31 March.

Leinster Rugby returns to the RDS Arena this Friday for another crucial Guinness PRO14 clash with Conference rivals Scarlets. Tickets are selling fast. Join the roar and get yours from €26 at ticketmaster.ie.